Middle class houses in the United States by Frank Lloyd Wright. At the time quite affordable, today highly coveted. During one of my trips through the US, I visited the Gordon House in Silverton, Oregon – one of about sixty houses that Frank Lloyd Wright had built from 1936 together with the Jacobs House company. They are called Usonian.

Shot on location in
Silverton, Oregon 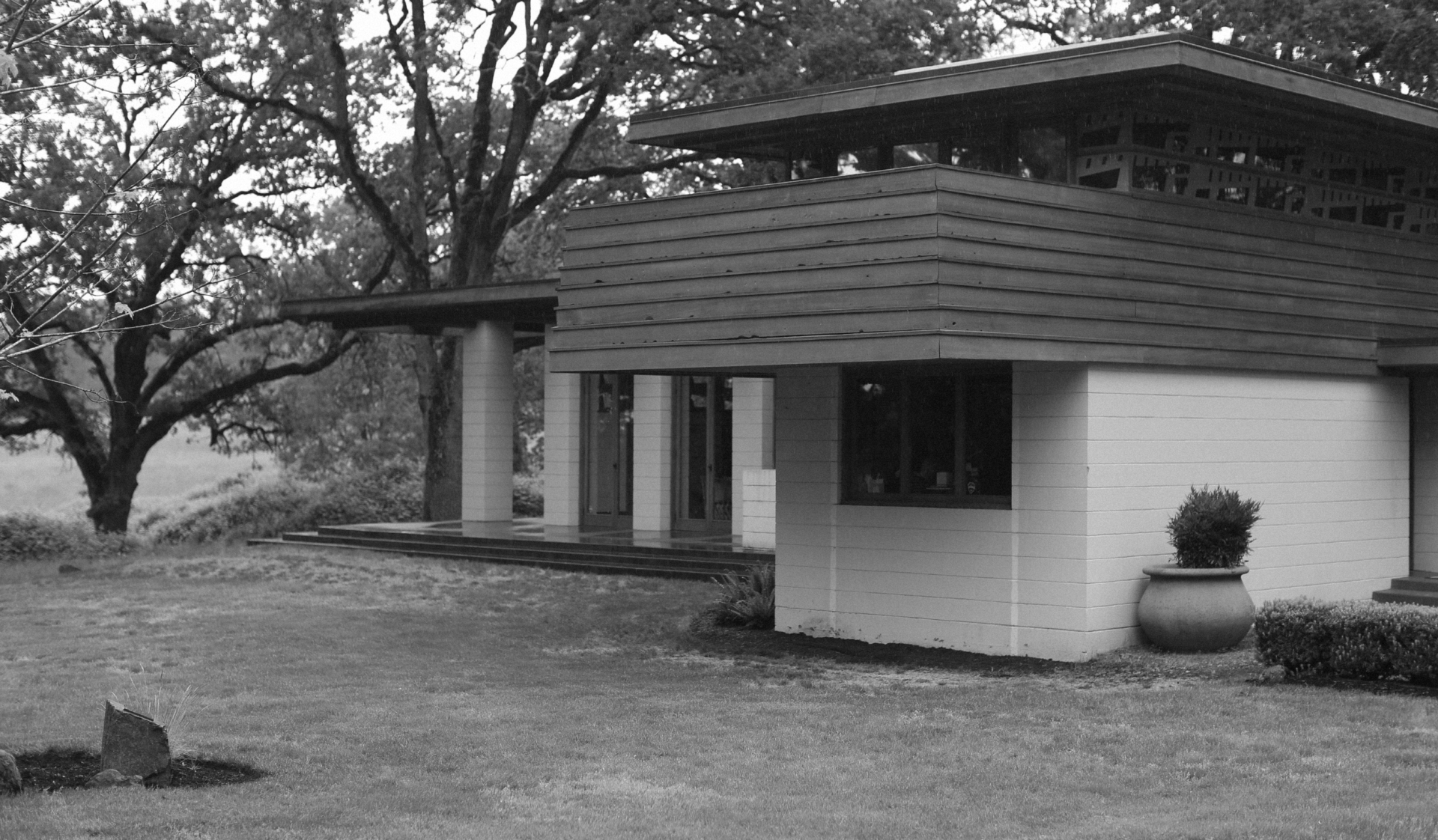 These homes are the embodiment of the idea for simple but elegant houses – inexpensive and designed especially for the American middle class. These houses were usually small, one-story buildings without garages or large storage space which Wright had built after the end of the Great Depression. By the late 1930s, Wright realized that the nation’s home needs had changed dramatically. And he wanted to be known not only for building houses exclusively for rich people. Most of his clients lived a somewhat simpler life, without domestic help or personnel. But they still wanted classic and perfect design.

Wright also came up with the term carport in connection with the missing garage. He strictly rejected garages because in his opinion they were not used by the owner as a place for the car but as a storage room – a matter that still rings true to this day. Many Usonian houses have an L-shaped floor plan, with the house surrounded by a garden terrace on two sides. Others had an I-shaped floor plan. With respect to the environment they had overhanging roofs for solar heating and natural cooling. 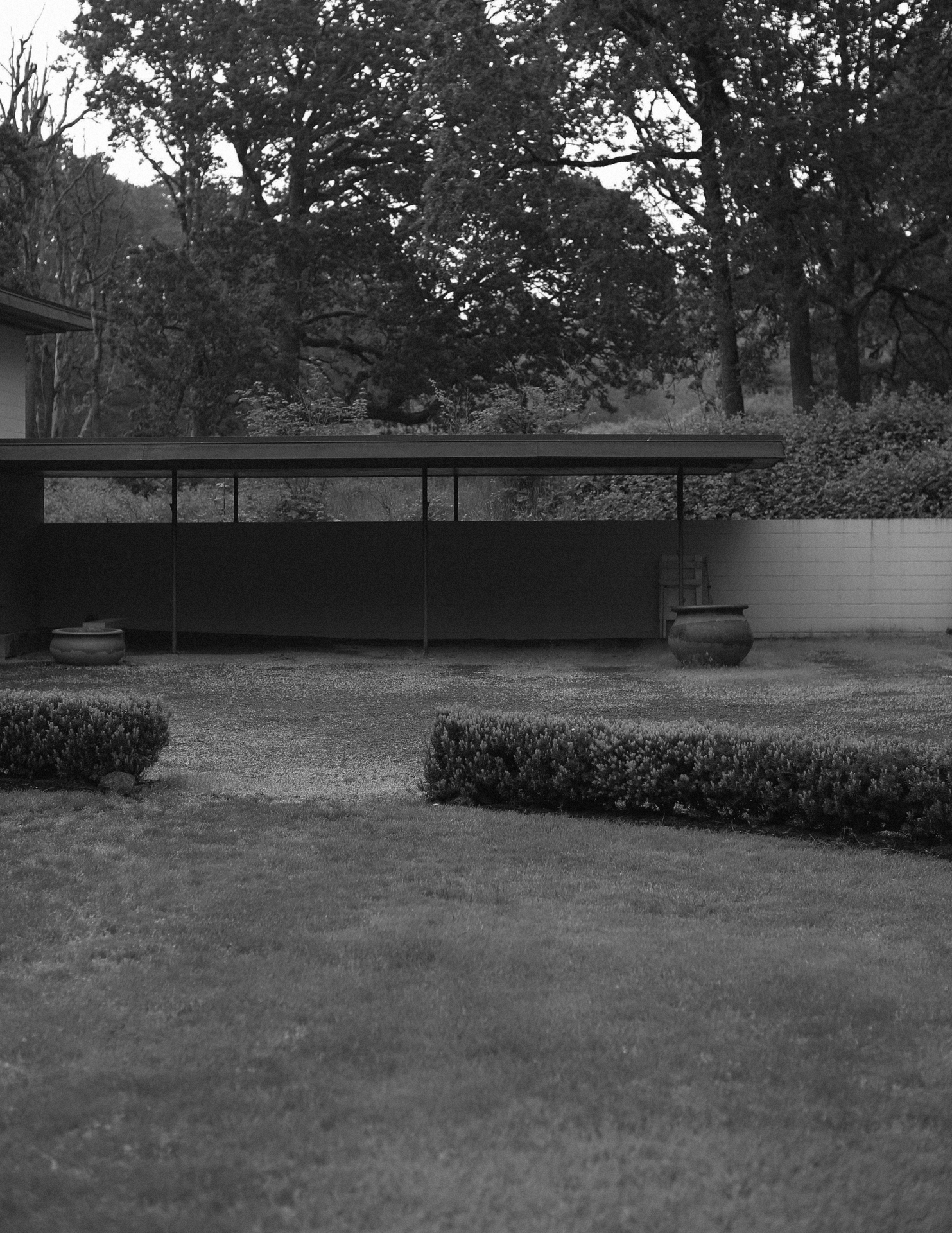 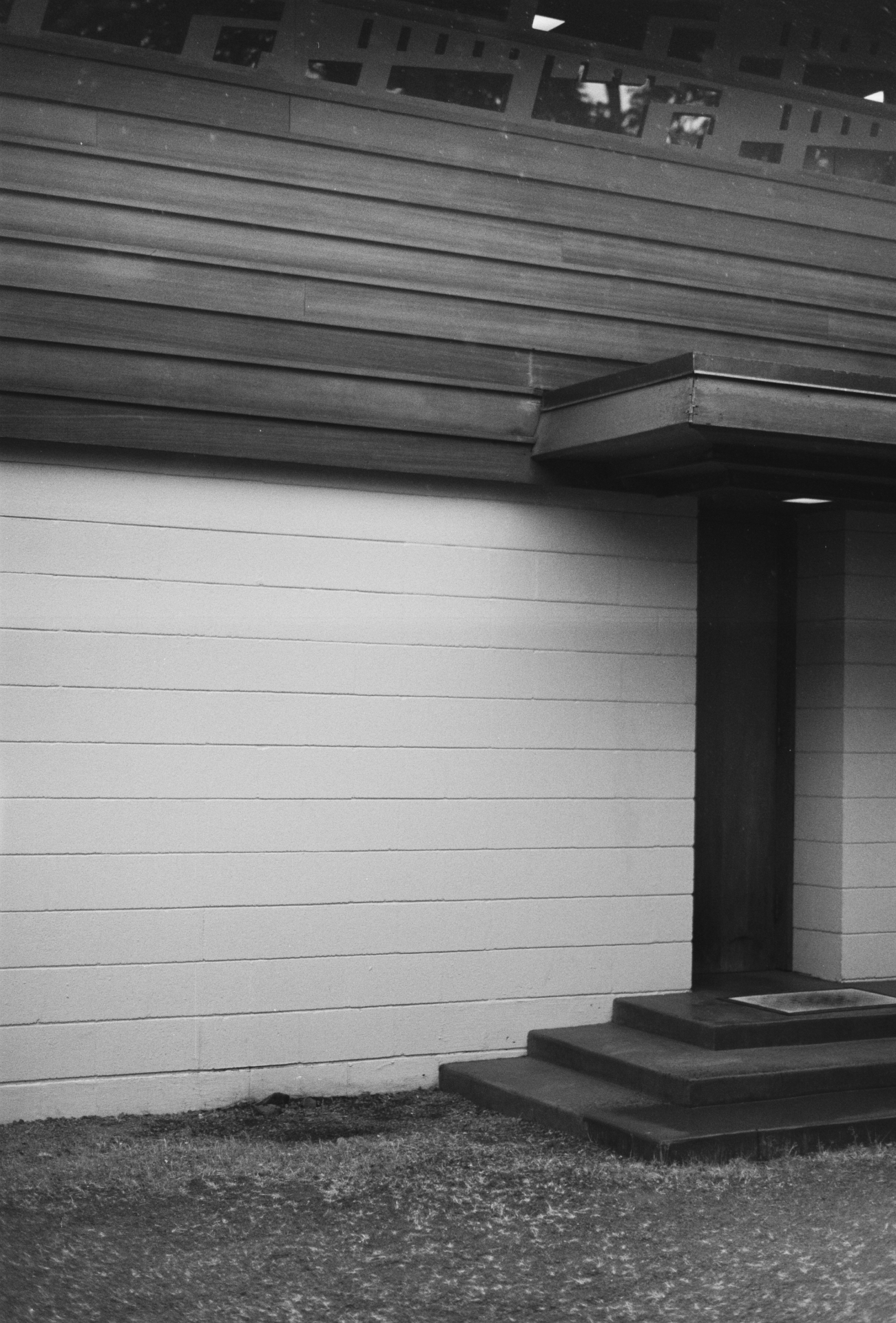 “Organic architecture seeks superior sense of use and a finer sense of comfort, expressed in organic simplicity.” 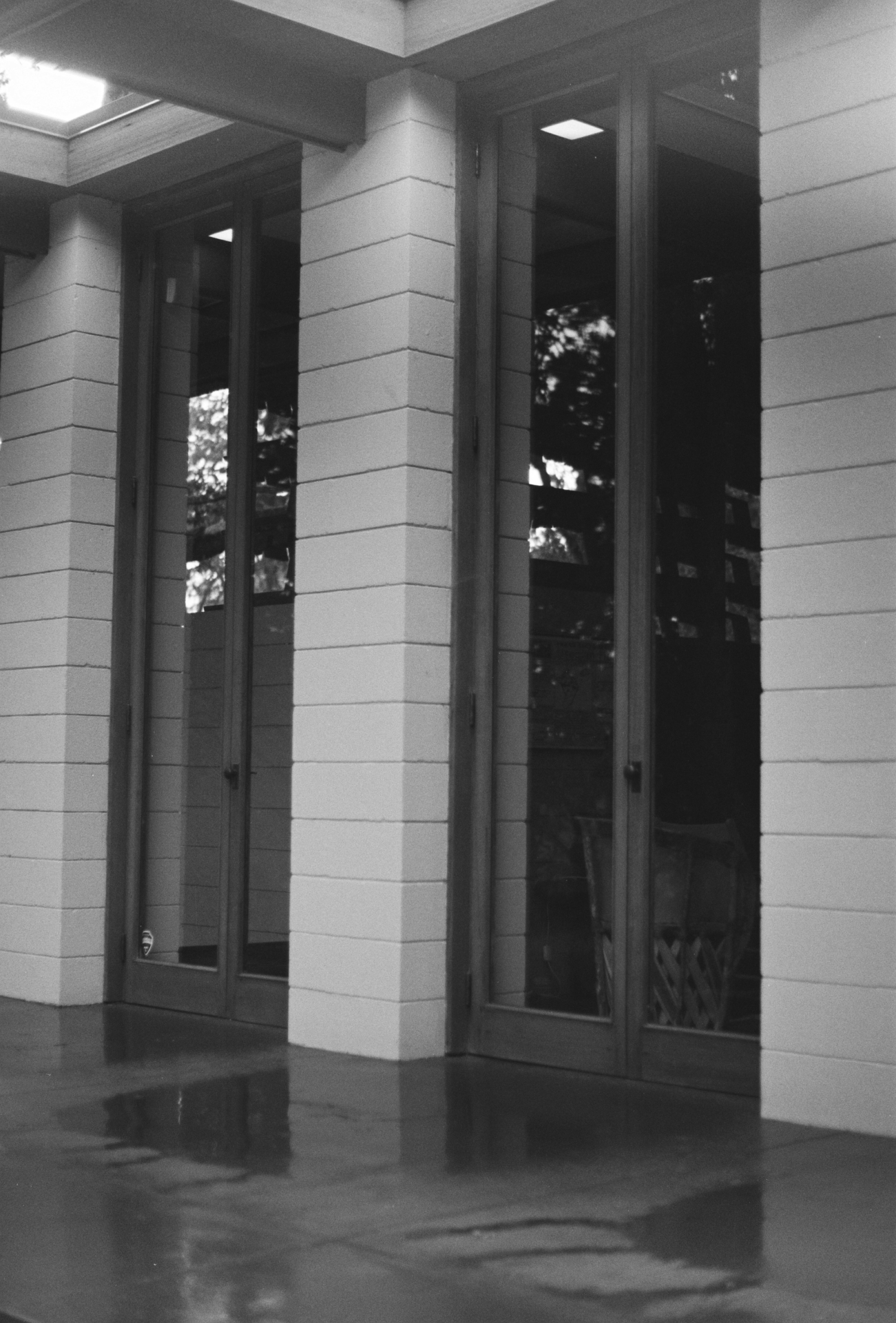 When you look at the portfolio of Wright’s architecture, these houses hardly seem to stand out. They are very different from his probably most famous buildings, the Fallingwater Residence (1935), the Ennis House (1924) and the outstanding Guggenheim Museum (1959) in New York City. In contrast, the Usonian houses appear more ordinary and less conspicuous. And yet, this is exactly the point and what makes these houses so attractive and interesting. They may seem ordinary but in their design and construction they were visionary at the time and are still pioneering today.

The Usonian architecture is an evolution of Frank Lloyd Wright’s Prairie House designs. Arguably, the Usonians are a more modern version of the Prairie houses. Both types of houses have open plan living areas and built-in furniture and shelves as well as the style-conscious red brick, lots of wood and natural materials. But the Usonians came with a few updates. The design is more modern, the kitchens were integrated directly into the living areas and the one-story structures were set on concrete slabs.

The Herbert and Katherine Jacobs First House (1937) in Madison, Wisconsin is considered the first Usonian house. From there, Wright designed Usonians until the end of his life.

The Gordon House (1957/1964) in Silverton, Oregon is a special one. It is one of Wright’s final Usonian houses which was completed after his death. Furthermore, it is the only Usonian house built in Oregon. And, compared to his other buildings, it even has two floors. The house was commissioned by Conrad and Evelyn Gordon, a couple from Wilsonville (near Portland). Evelyn Gordon admired the architecture and designs of Frank Lloyd Wright.

The couple planned to build a new house on their newly acquired land in Wilsonville. Evelyn suggested that her husband consider Wright for the realization of the project. And it ended up being him. Wright designed the house for them in 1957, but Wright died before it was completed, so it was finished and built in 1964.

The house has an expanse of 203 square meters with large floor-to-ceiling windows that provide a perfect view to the outside. As is typical for Wright’s architecture, the interior spaces are also strongly connected to the exterior. On the second floor there are two bedrooms, each with its own balcony.

After the death of Evelyn Gordon in 1997, the house was sold to new owners and was originally to be demolished to make room for a larger house. However, the Frank Lloyd Wright Building Conservancy worked to preserve the house and moved it to Oregon Garden, about 34 kilometers from the actual location. 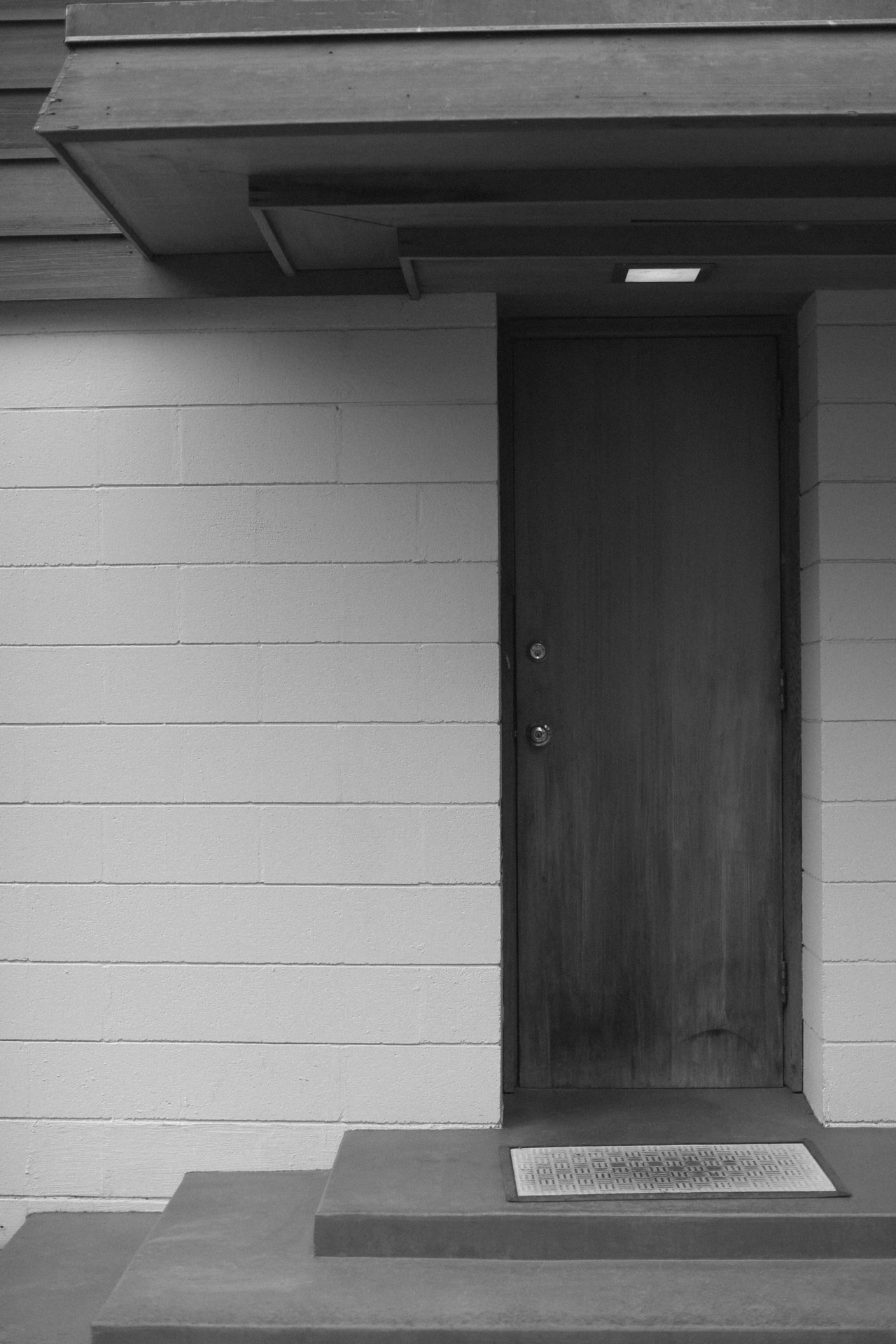 The color spectrum of the surrounding nature shall harmonize with the materials of the house. Here Wright applied the term conventionalization: a method that reduced form to its essence, namely color, and which derived design motifs from nature.

Wood should look like wood and bricks like bricks, their surface structure and colour should remain unaltered. It requires a knowledge of the building materials in order to achieve a suitable processing of the respective materials with machines. 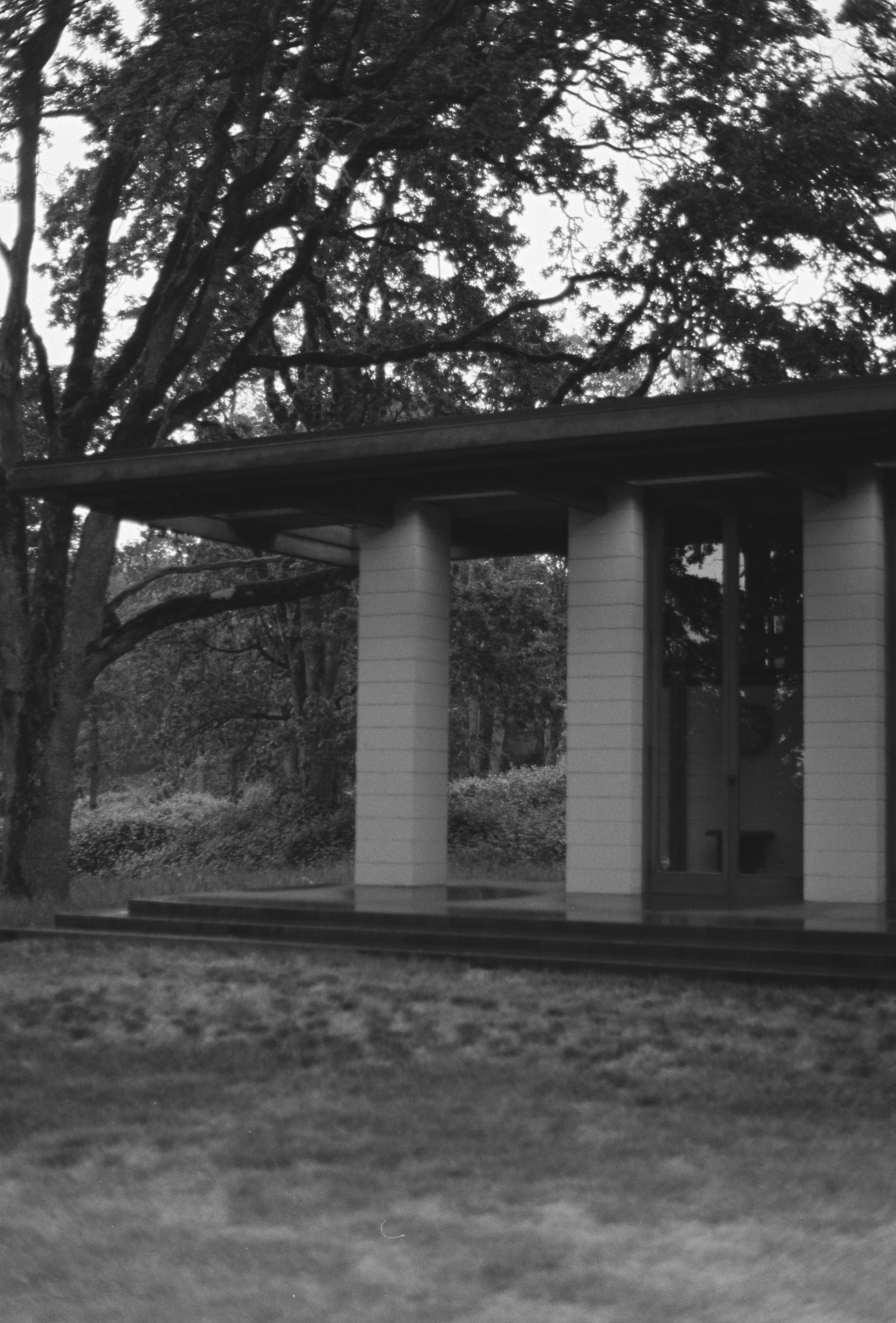 Usonia is a term defined by the American architect Frank Lloyd Wright describing his vision for the landscape of the USA, its urban planning and architecture. Wright proposed the use of the adjective Usonian instead of American to describe the special character of the New World of the American landscape as clear and free from previous architectural conventions.

Usonia is a mispronunciation of Usona, acronym of the “United States of North America” and was attributed by Wright to Samuel Butler, although in reality it was already coined in 1903 by James Duff Law, an American writer, to find an adjective for the American people. To Wright, it was a vision of the future.

He used the term to describe what should be defined in his projects as a specifically American architecture based on the North American way of life and located in the natural landscape of the United States. 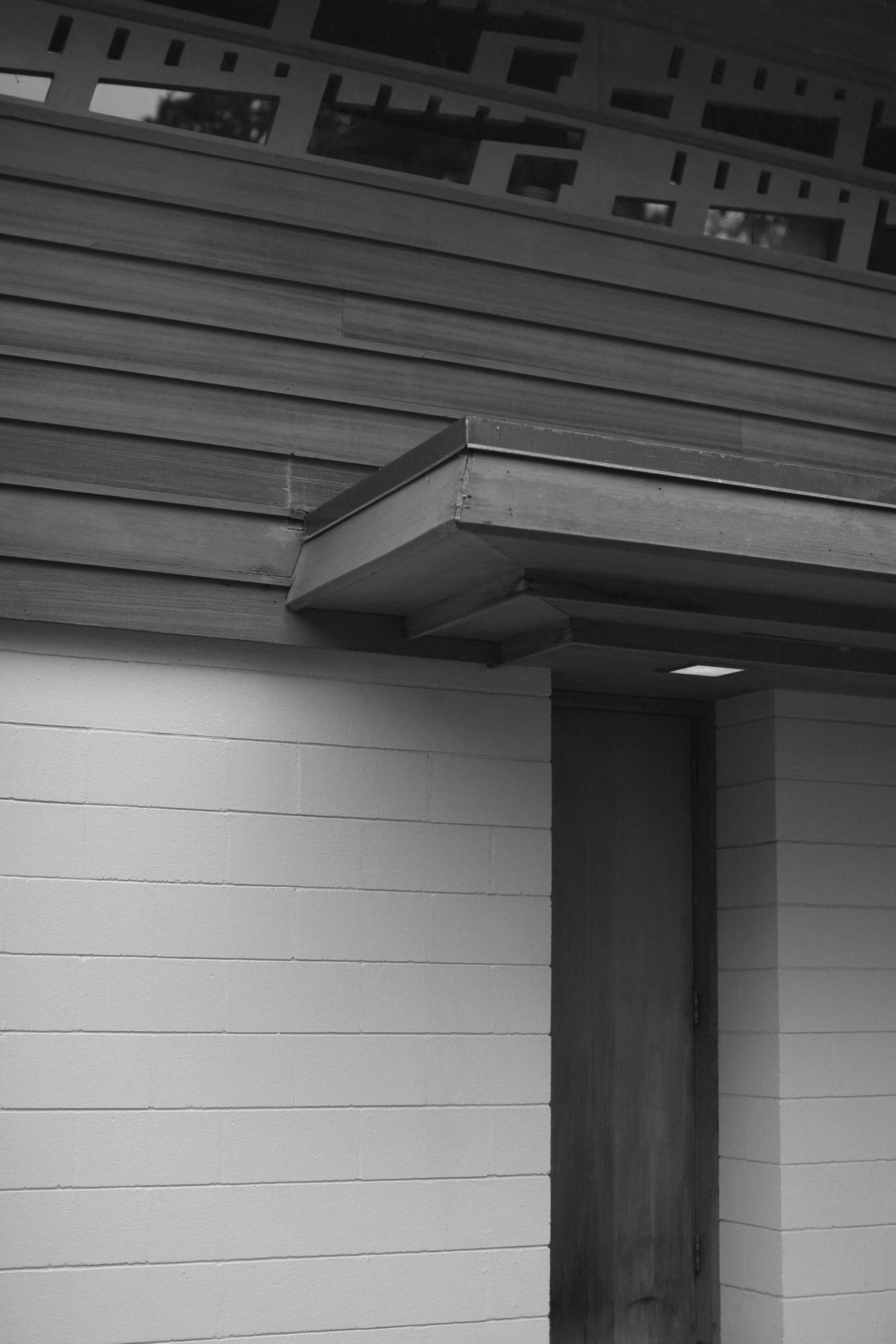 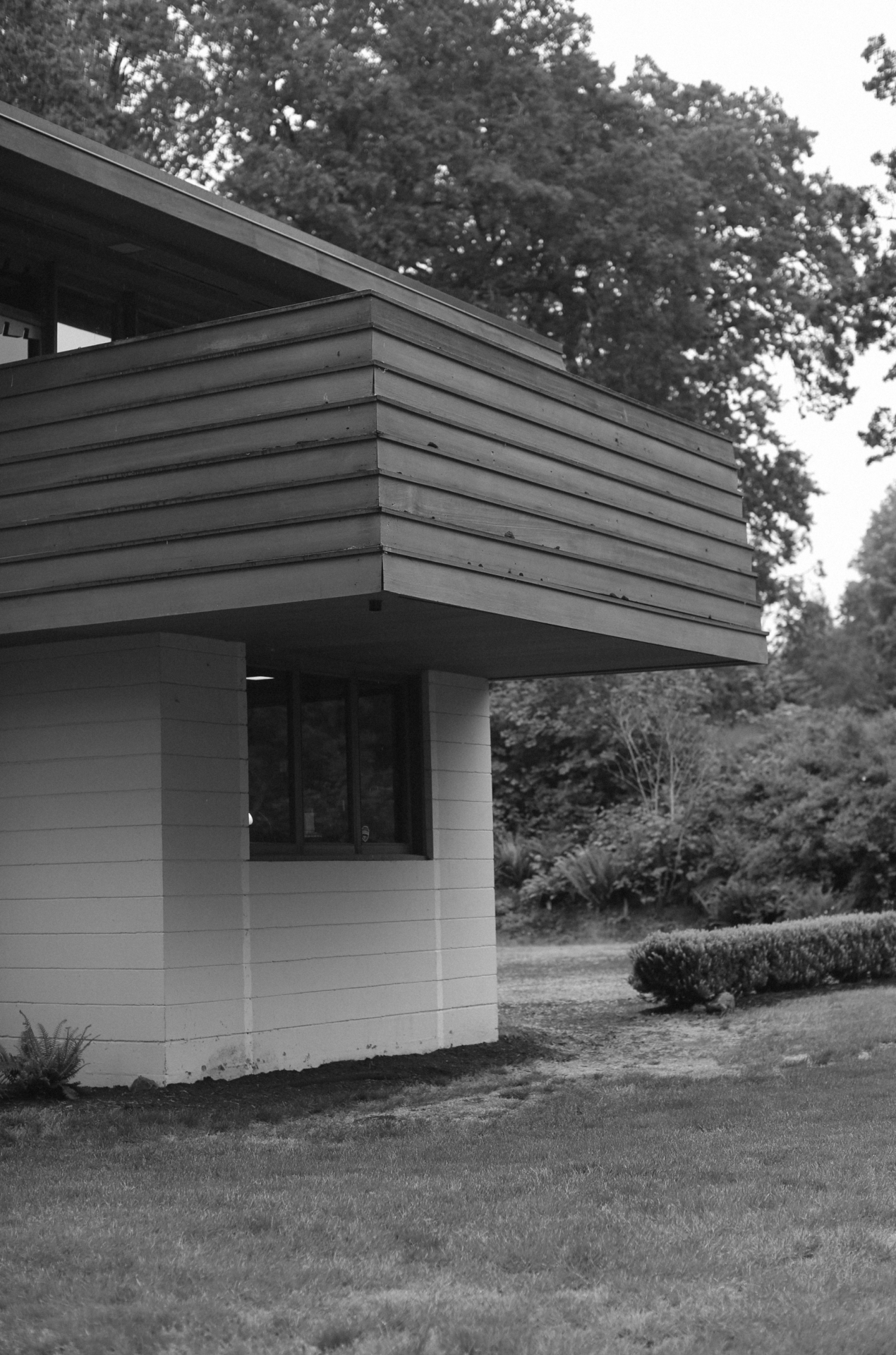