An icon of MODERNIST architecture
at the bay of Funchal, Madeira

Curvy lines and clear white—a lightness unexpected from concrete. Achieved by Oscar Niemeyer’s pioneering architecture. His undisputed masterpiece is Brasilia, the futuristic capital of his homeland Brazil, a realized utopia of modernism.

Oscar Niemeyer built over 600 buildings. One of them is the Casino Park Hotel in Madeira. A building that definitely stands out. At the time, the development was considered the largest hotel project in Portugal and, to this day, remains the only building by Oscar Niemeyer on Portuguese ground.

Designed in 1966 (but completed in 1976), the site consists of a box-like hotel complex placed on stilts, a freestanding circular casino and a flat building that served as a convention hall. The most eye-catching structure is probably the casino, which is shaped like a large crown of thorns and blends into the landscape as if it had grown into it. Reminiscent, of course, of the Brasilia cathedral also designed by Niemeyer. Also, there is a clear resemblance to the later built Maison de la Culture in Le Havre. As you can see, the architect likes to quote himself. 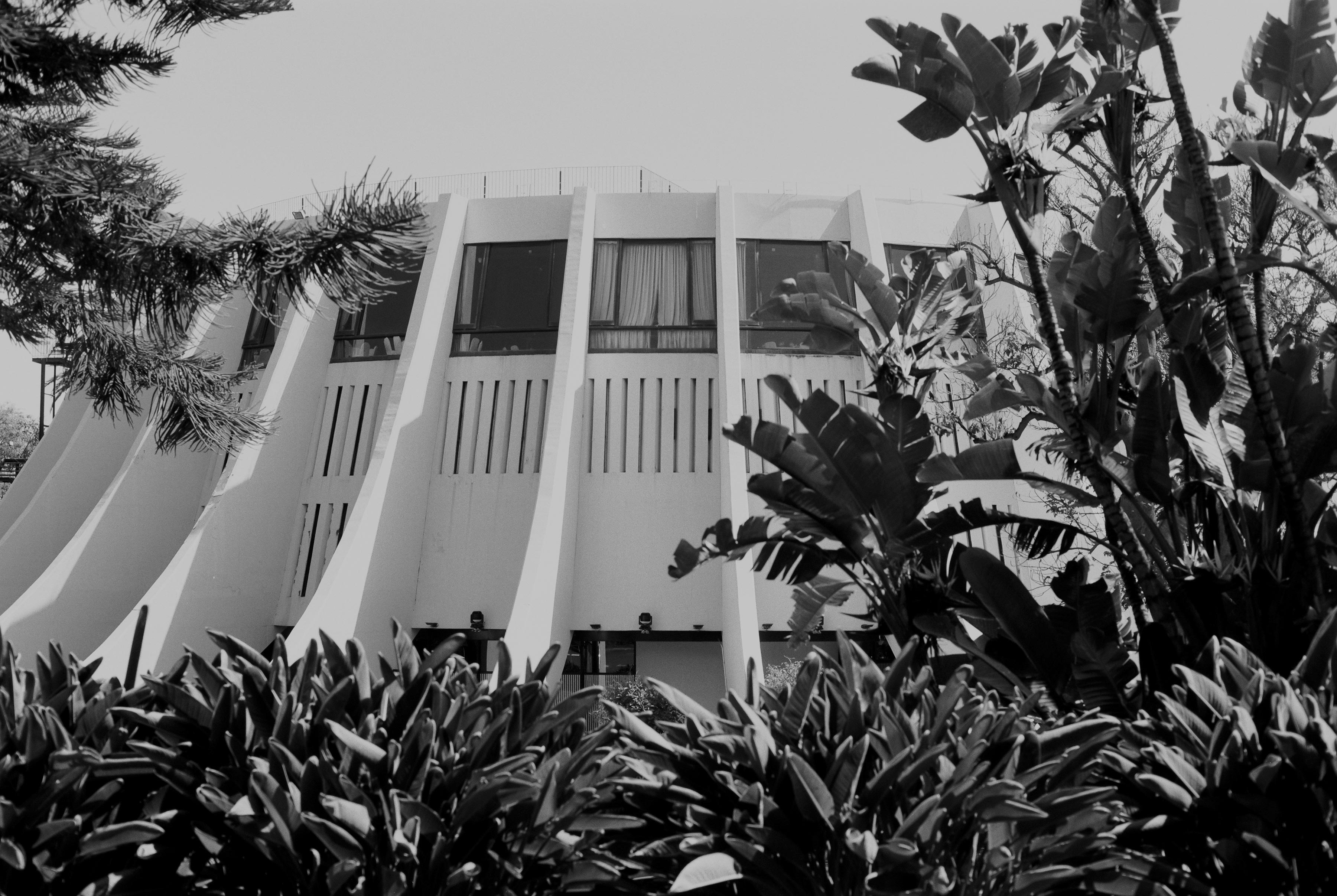 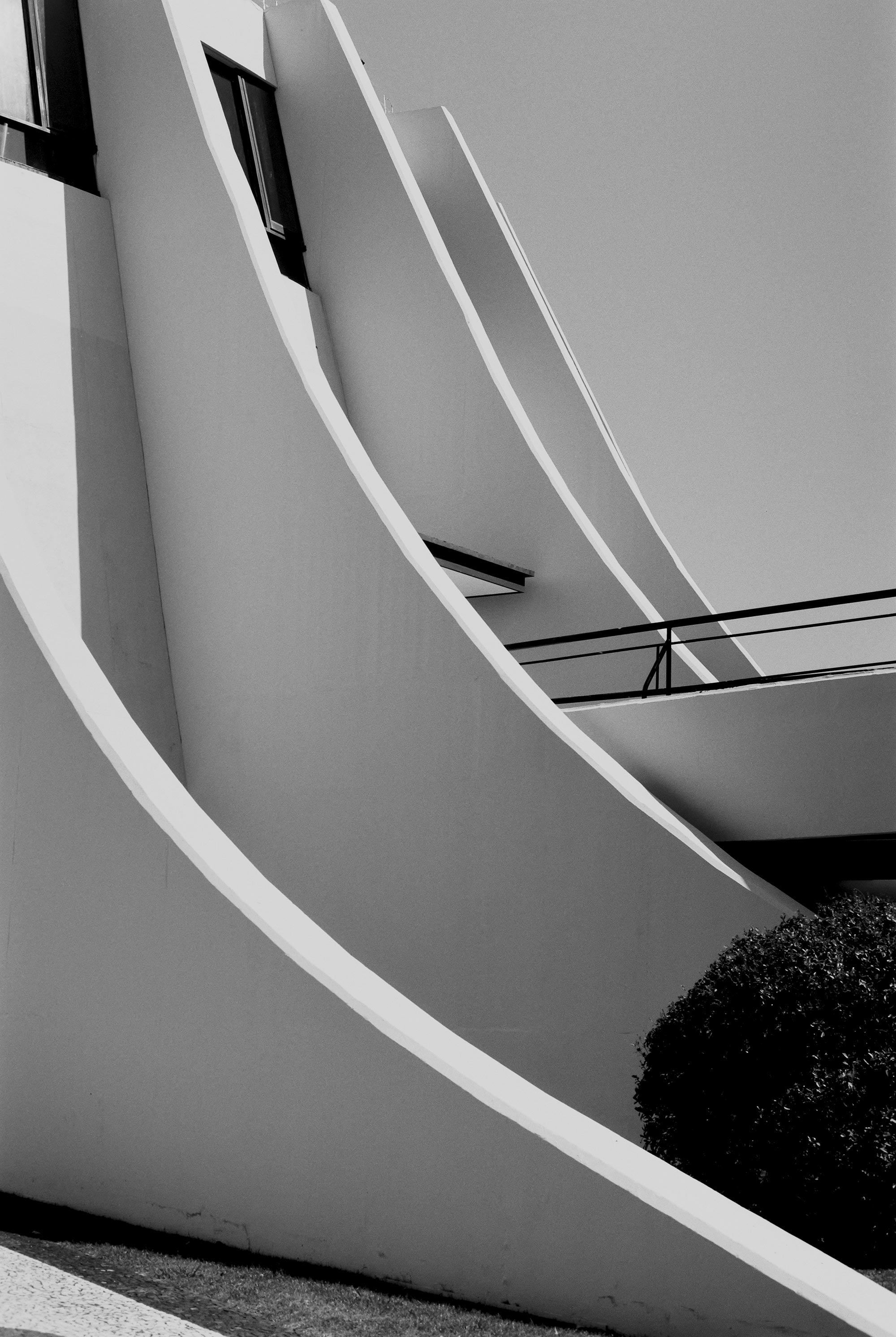 NIEMEYER FAVORED NOT ONLY EXPOSED CONCRETE, BUT ALSO organic forms
WITH THEIR curves AND arches 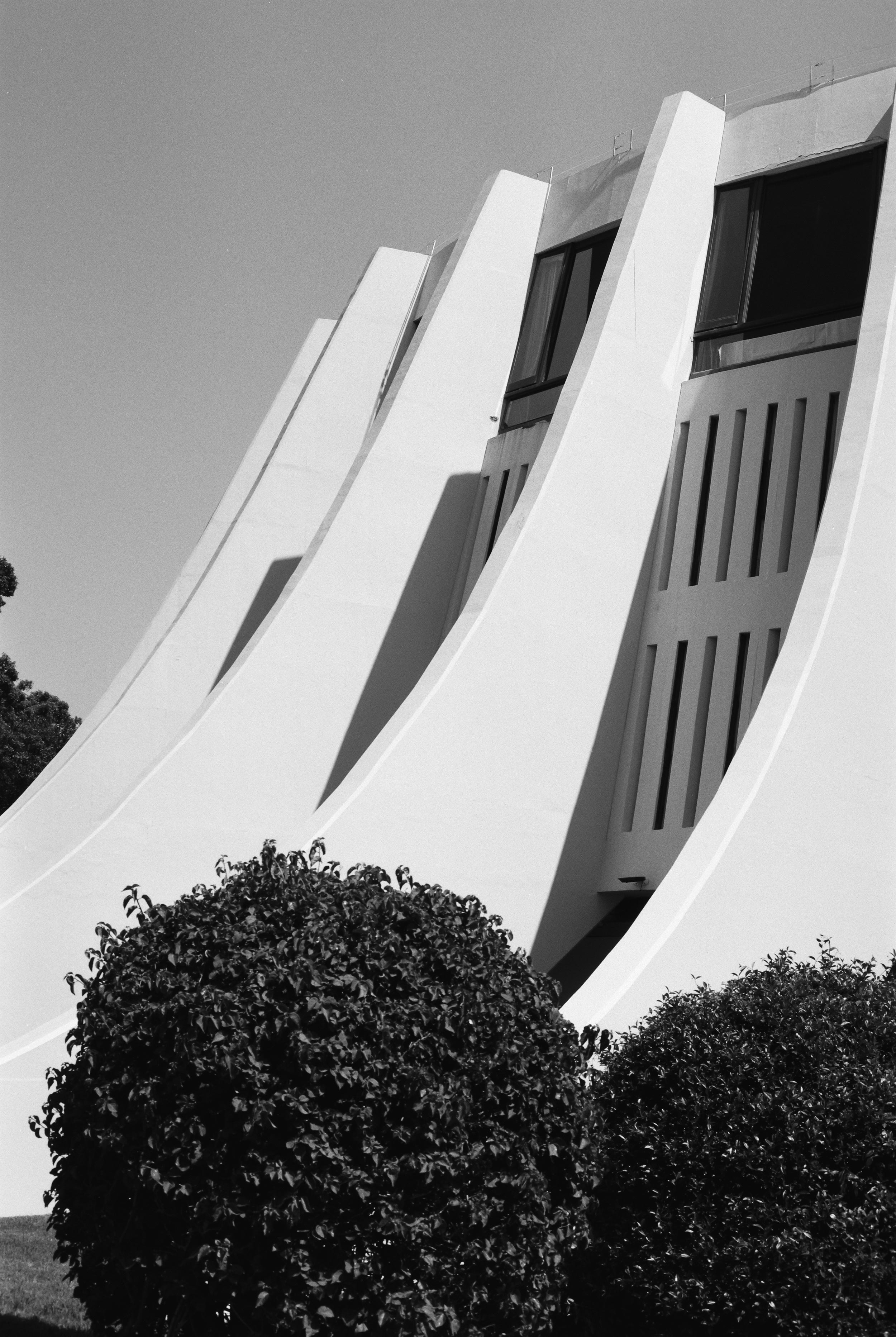 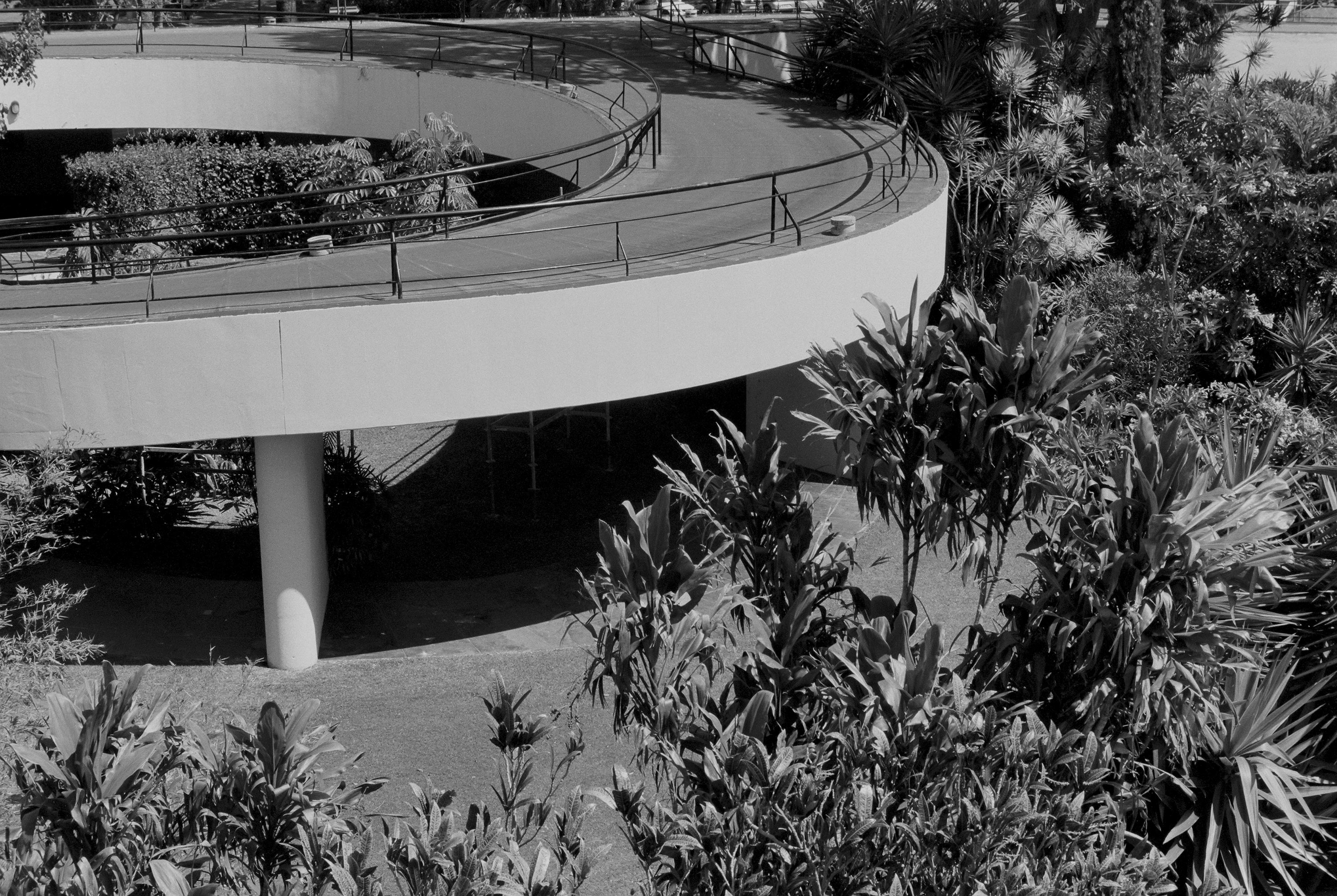 A raised walkway with various curves connects the hotel with the second floor of the casino. It crosses a part of the tropical garden that surrounds the pool area between the two buildings.

The Brazilian architect Oscar Niemeyer achieved international fame through his significant involvement in the planning and construction of the Brazilian capital Brasilia in the 1950s, and was thus considered the founder of modern Brazilian architecture. He favored not only exposed concrete, but also organic forms with their curves and arches—he generally rejected rectangular angles. His bold and unconventional designs established his reputation as one of the most important representatives of modernism. 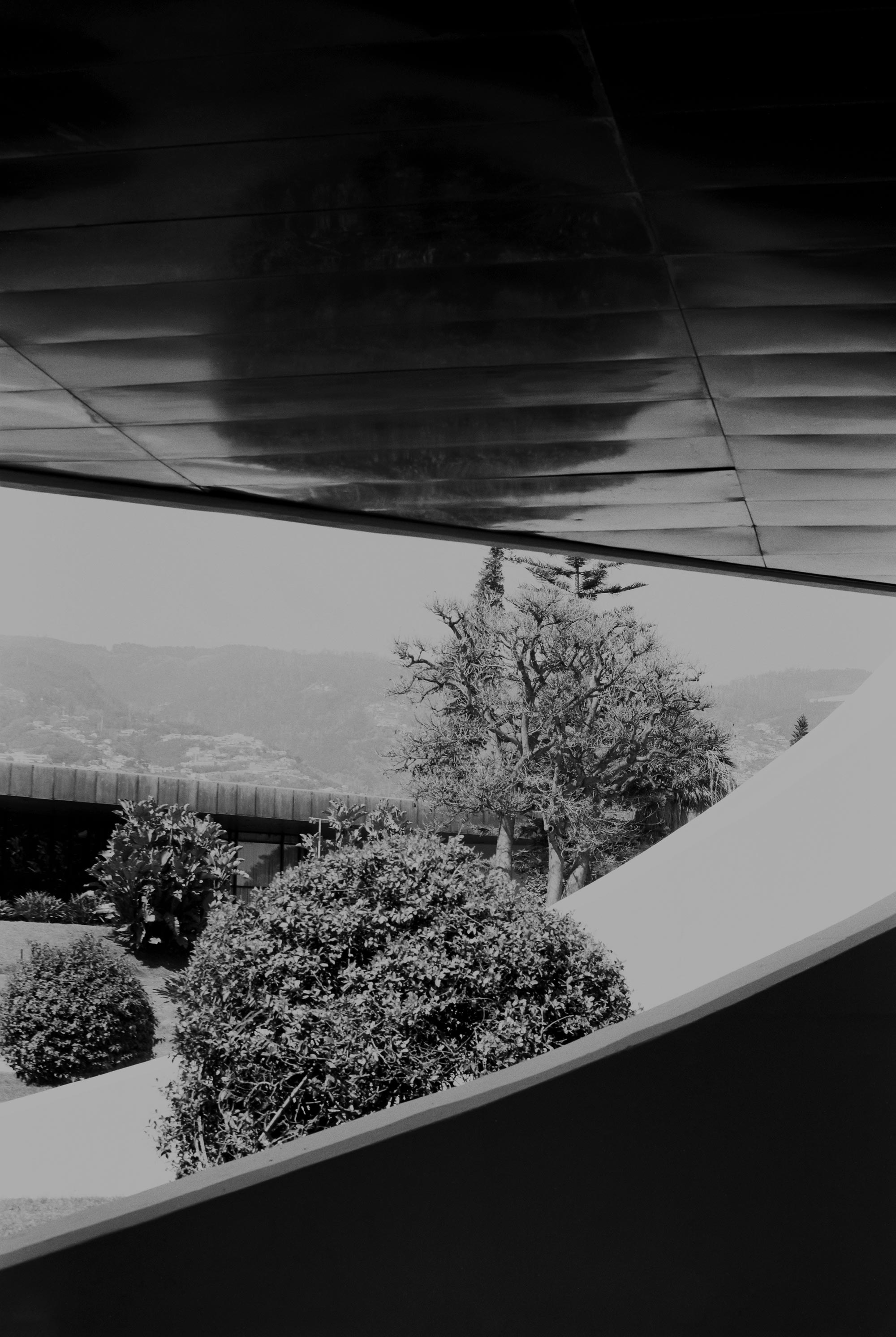 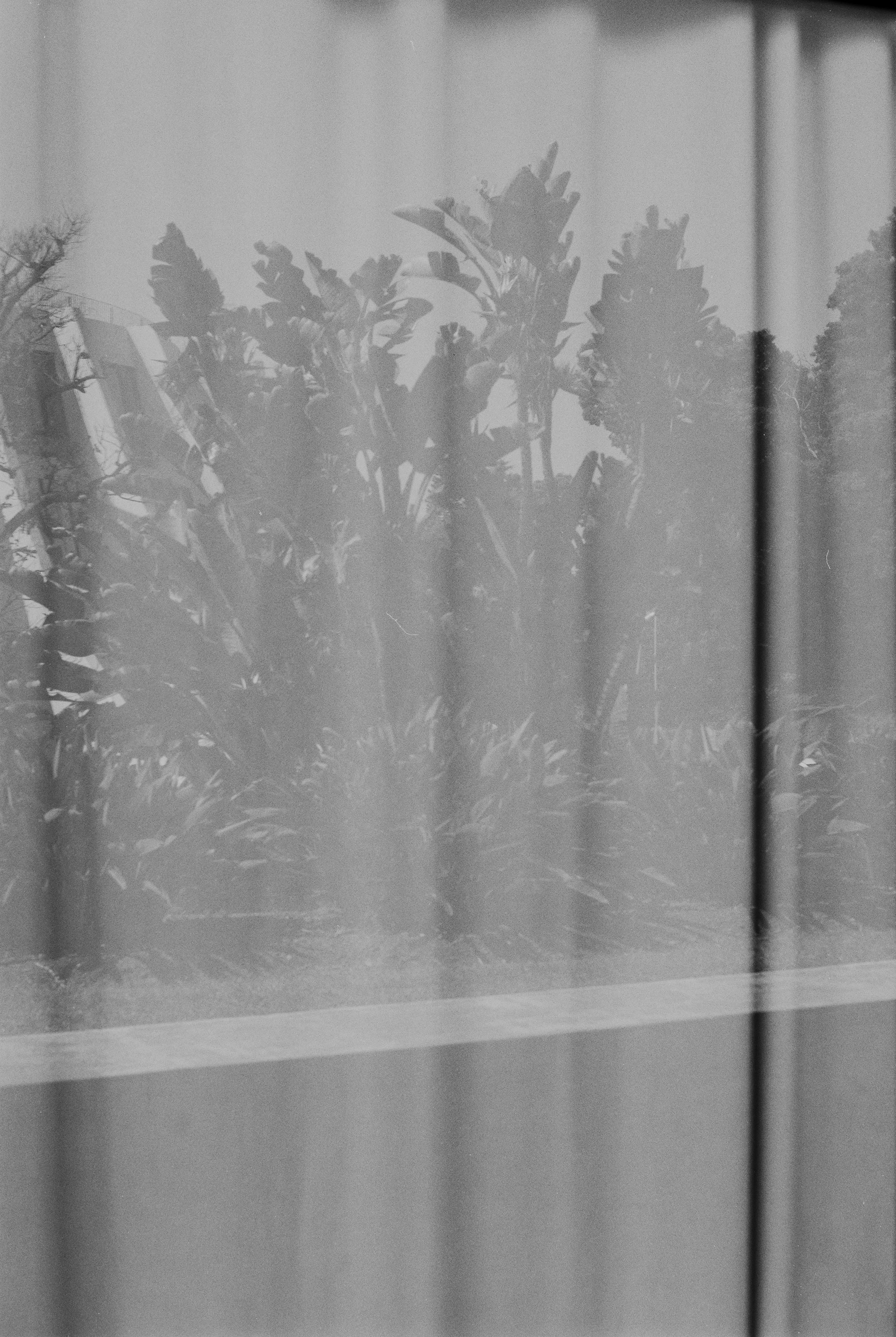 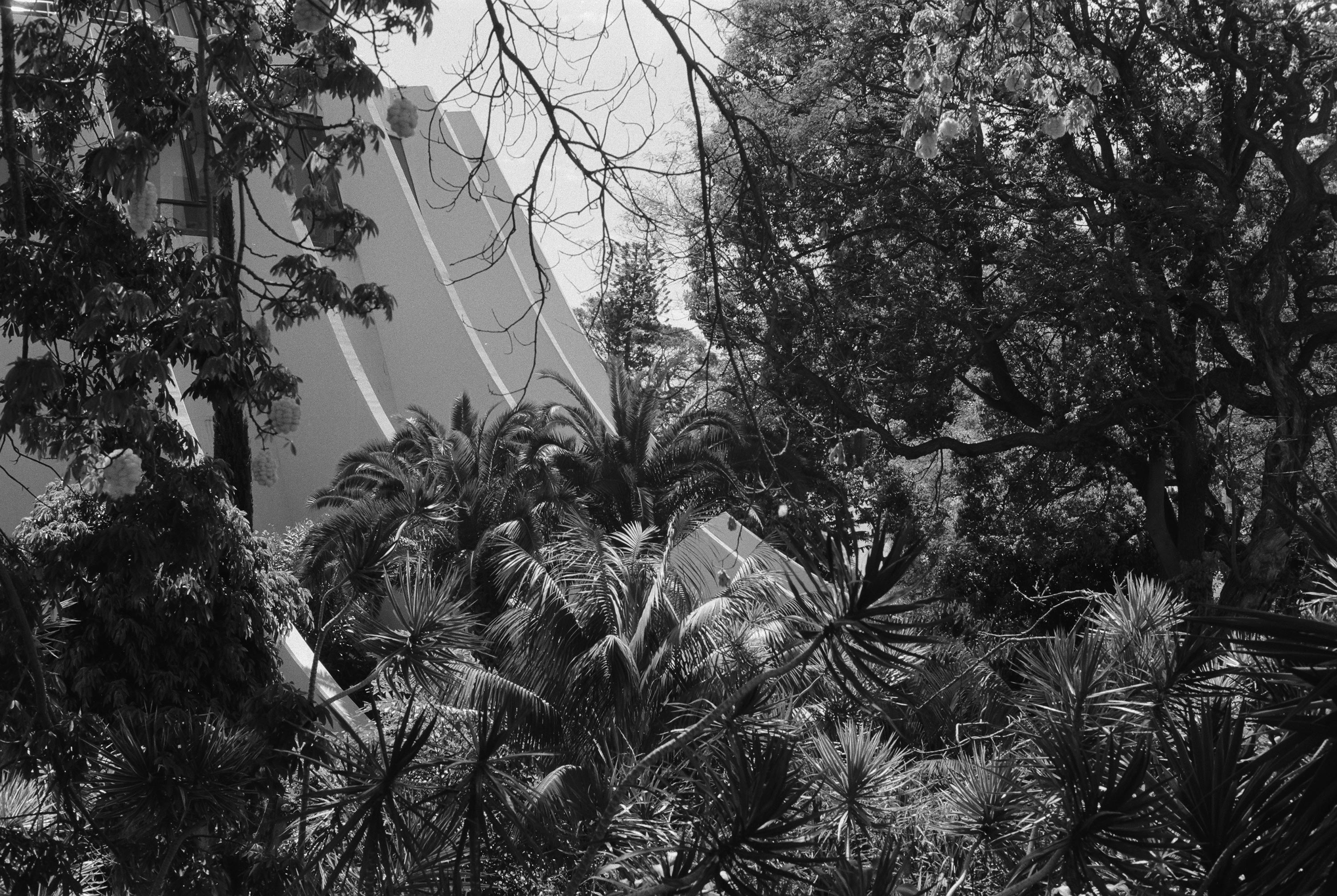 At that time, the construction was commissioned by Antonio Xavier Barreto. Since 1985, the entire building complex has been owned by the Pestana Hotel Group. 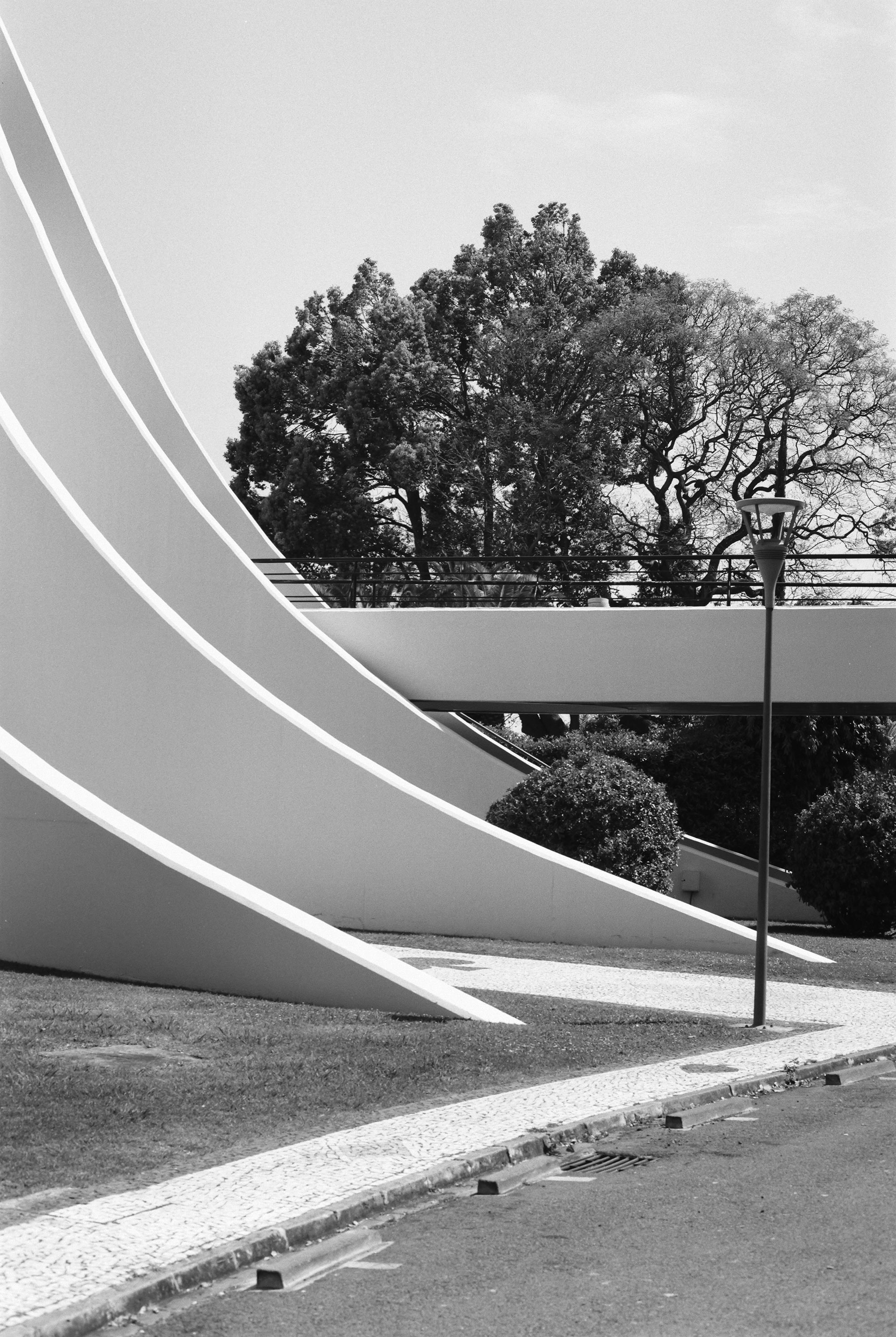 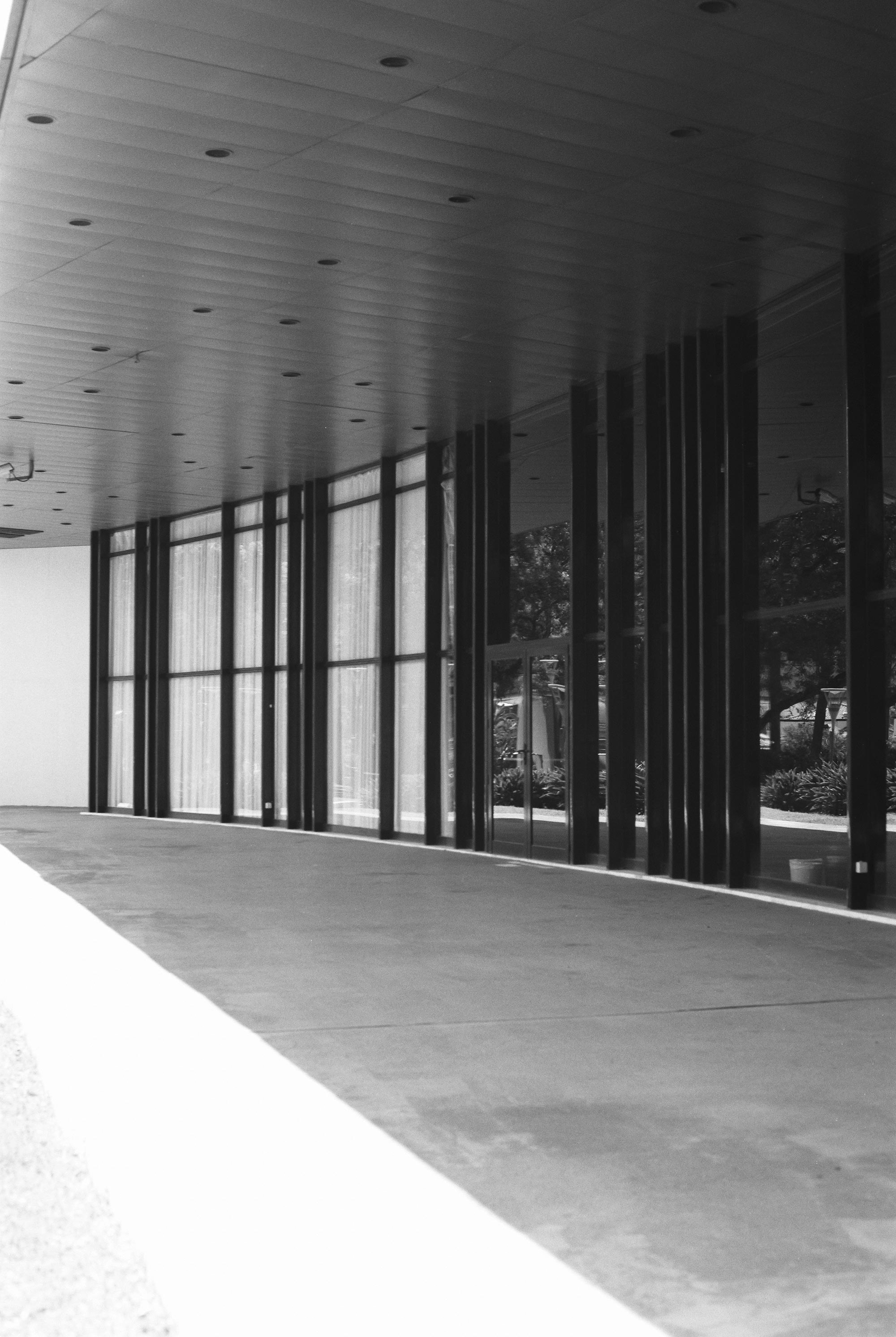 It is not the right angle that attracts me, nor the straight line, hard and inflexible, created by man. What attracts me is the free and sensual curve—the curve that I find in the mountains of my country, in the sinuous course of its rivers, in the body of the beloved woman. 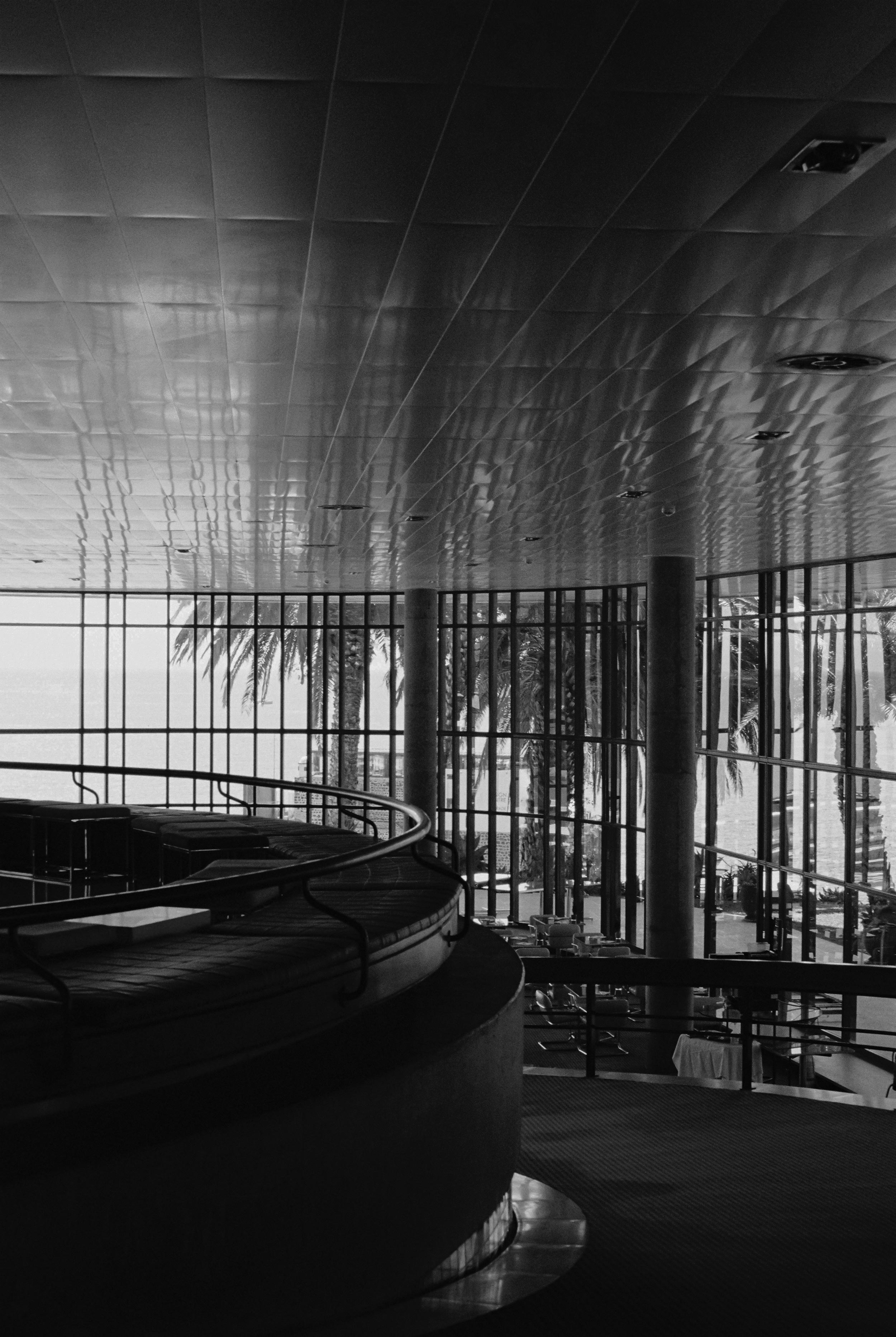 The whole area is a perfect integration into the surroundings. The organic design of the casino nestles perfectly into the Atlantic scenery. The hotel’s entire restaurant level features floor-to-ceiling windows, offering uninterrupted views of the Atlantic Ocean.

The interior design is from Daciano da Costa, whose furniture designs, like the leather chairs with chrome details, can still be found in the hotel’s restaurant. Inside, there’s plenty of raw concrete, dark wood paneled walls, and 1970s tapestries. The hotel also displays works of art by Fernando Conduto and Maria Velez. 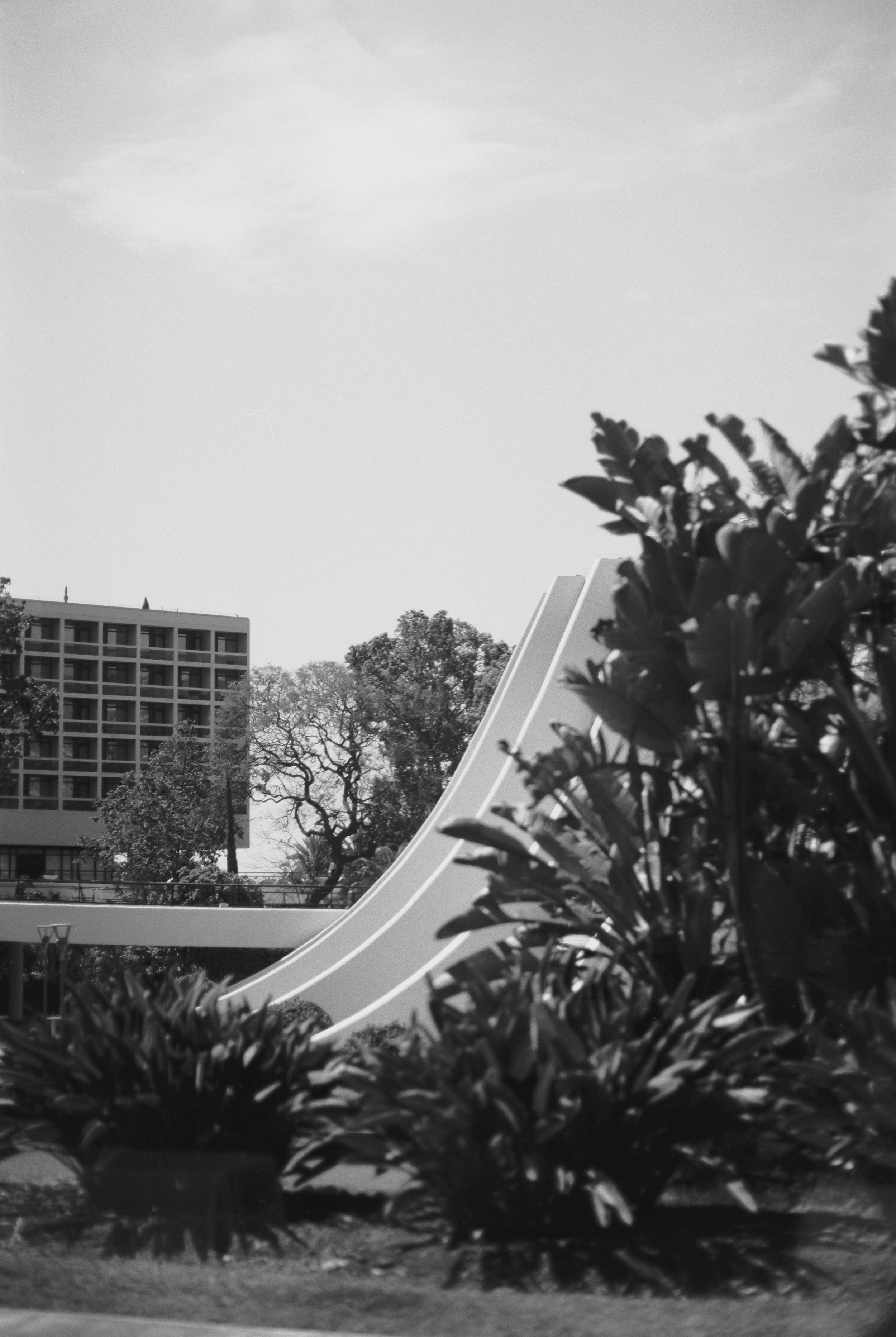 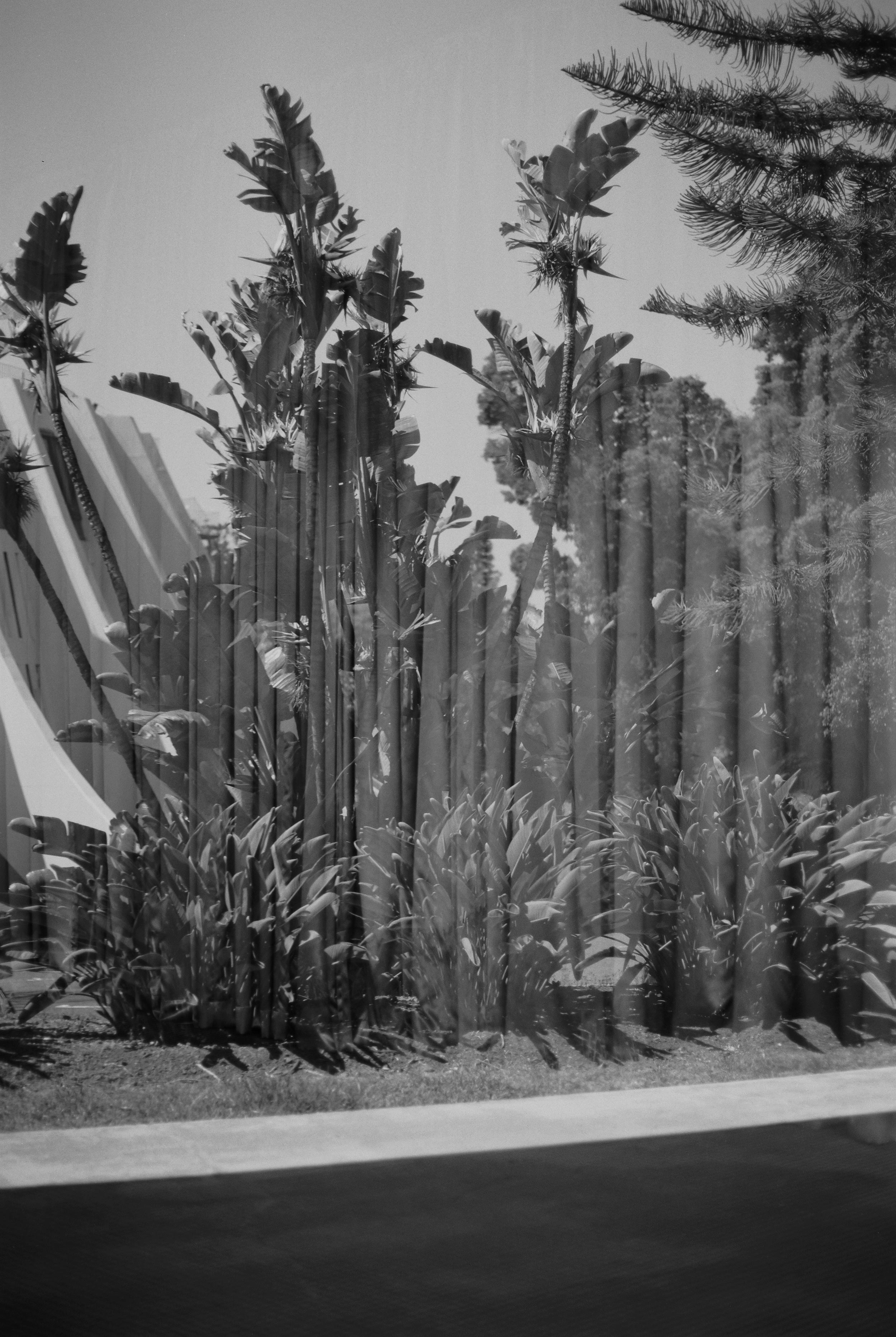 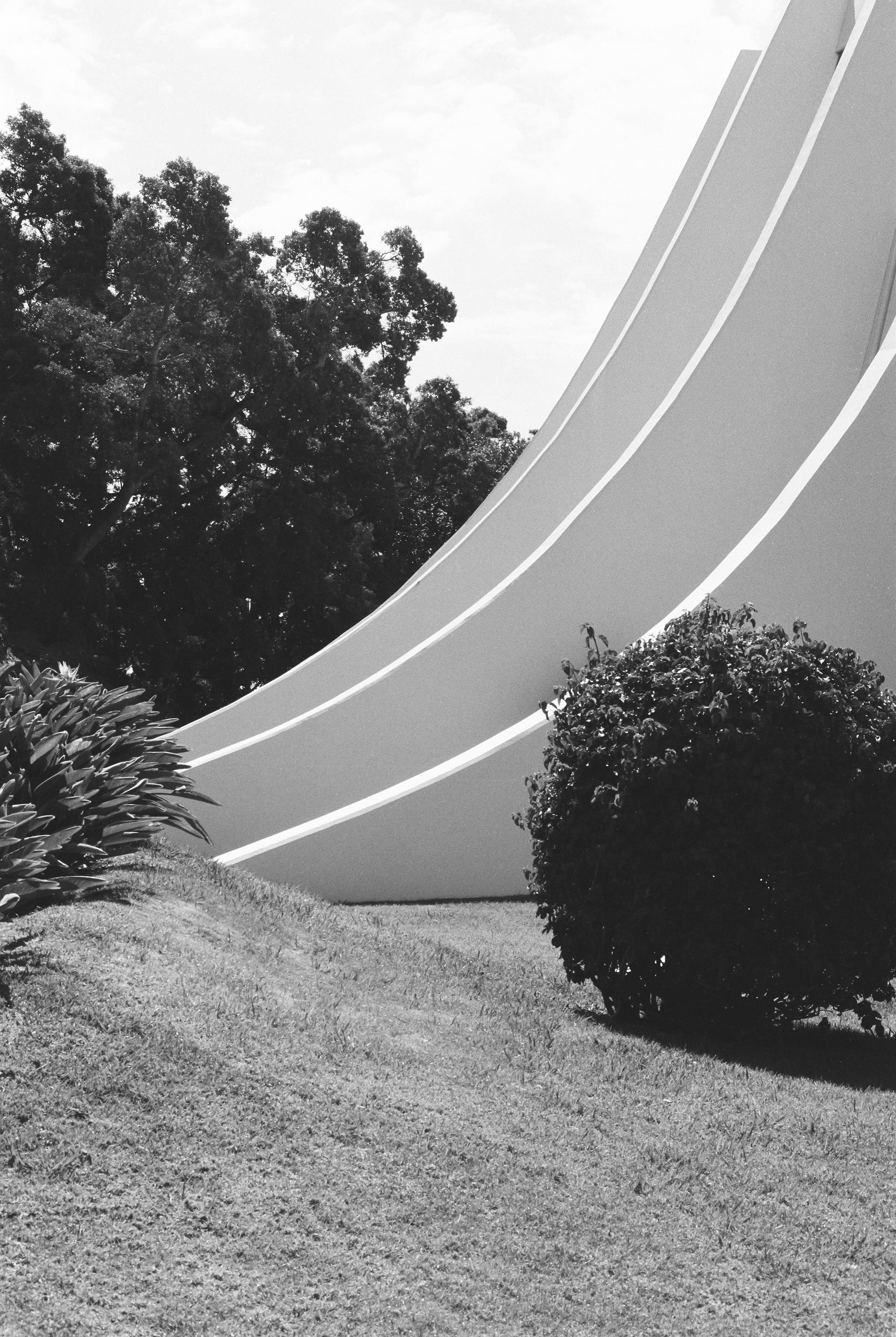 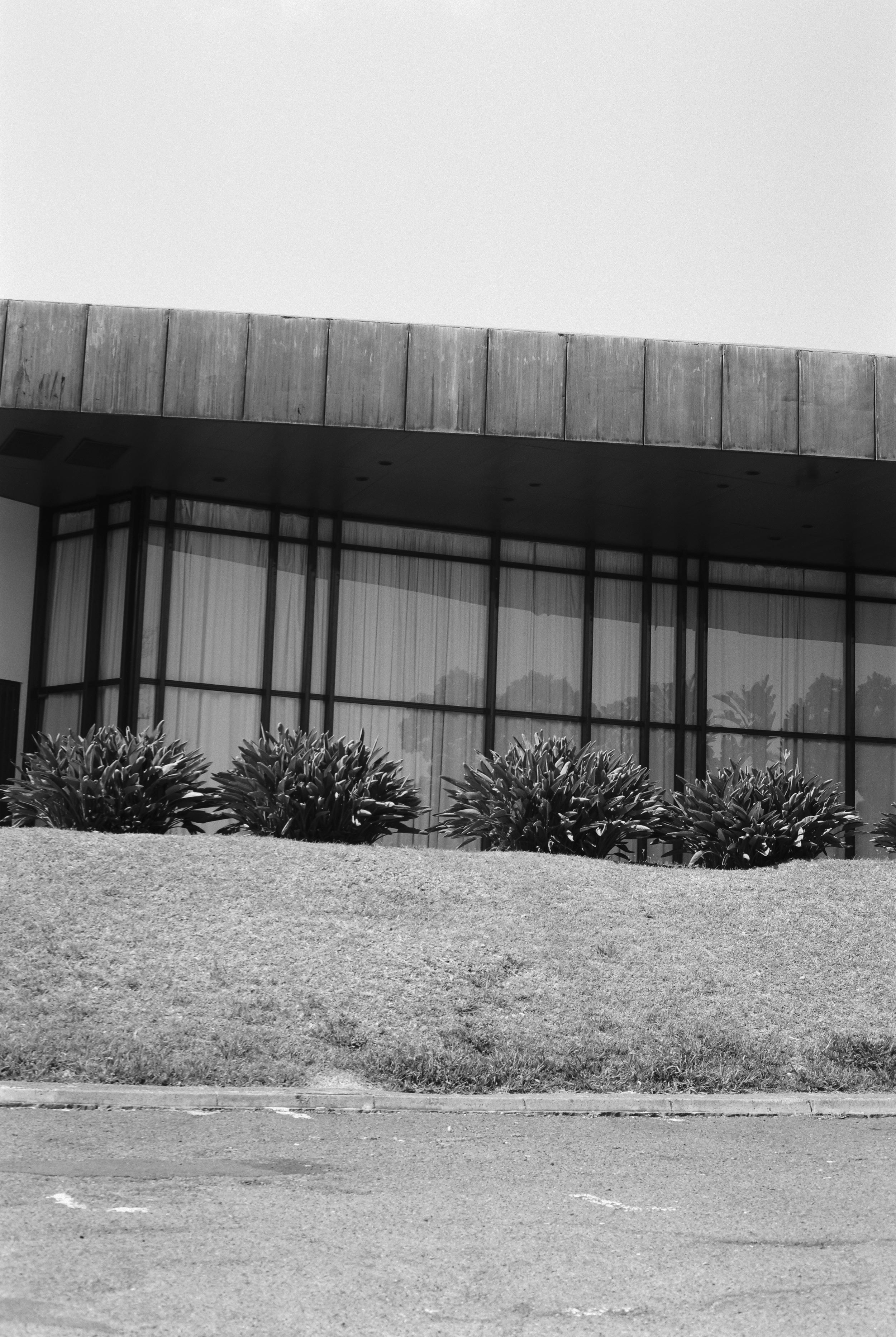 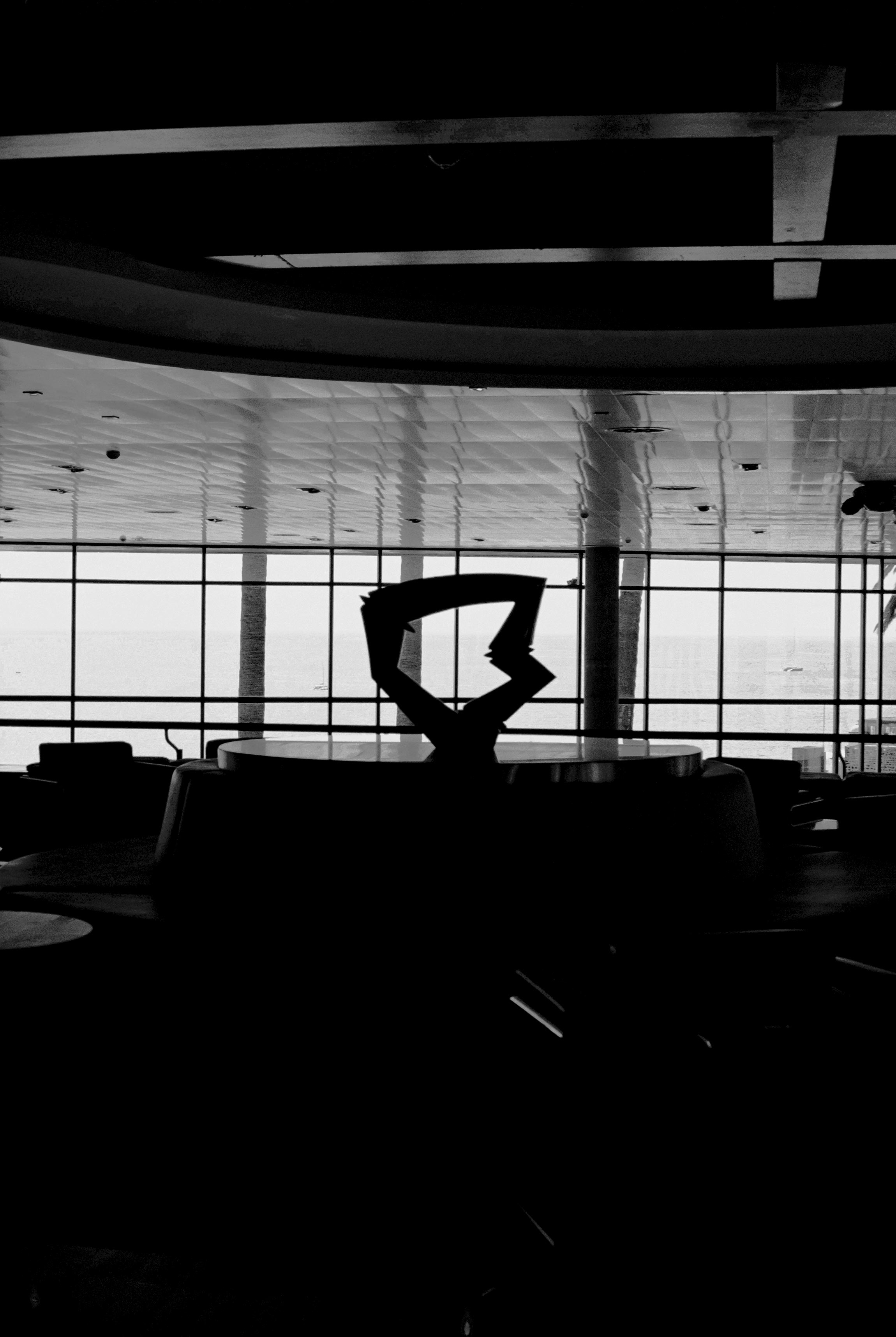