Shot on location
in Munich at Karl & Faber

ART AUCTIONEERS
—AN INTRODUCTION TO THE AUCTION HOUSE

Buying art. The interest in owning art is probably more marked in our time than ever before. Art is in circulation. Across epochs. Different movements, types and positions – the focus varies depending on the collector and the personal preferences. But collectable is in fact everything.
There are plenty of art fairs and galleries around the world with a remarkable focus on sales. However, the auction house has a special position here. The world of art auctioneering is exciting, special and can be quite captivating. A very unique world of its own. But that’s what makes it so fascinating. For more insights I visited one of the most renowned houses for art auctions in Germany: KARL & FABER in Munich.

KARL & FABER is particularly well known for its Old Master sector, which is one of the most leading in Europe in the field of graphic art. For decades, the house has helped shape the development of the market for 19th century art and has devoted itself to the art of this era with great success. The Modern Art department represents works by German and international artists, here KARL & FABER achieves top prices for key works of classical modernism and the international avant-garde. In addition, the house brings works by the most important artists of our time under the hammer. In the field of art after 1945 and contemporary art, KARL & FABER is held in high esteem by connoisseurs at the national and international level. Due to the special quality, the variety of the offer and the strong results, it is now also one of the leading auction houses in continental Europe in the field of contemporary art. 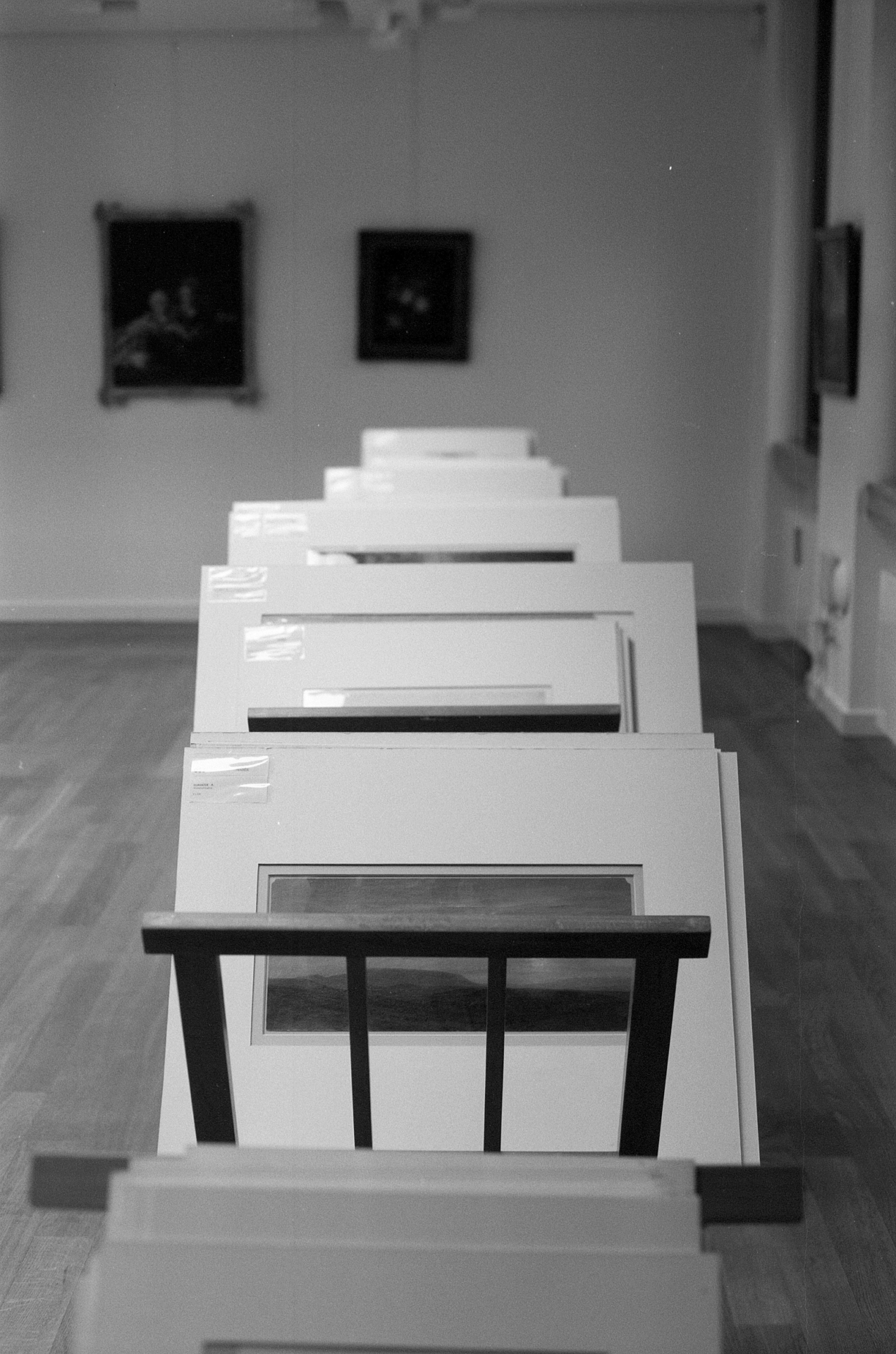 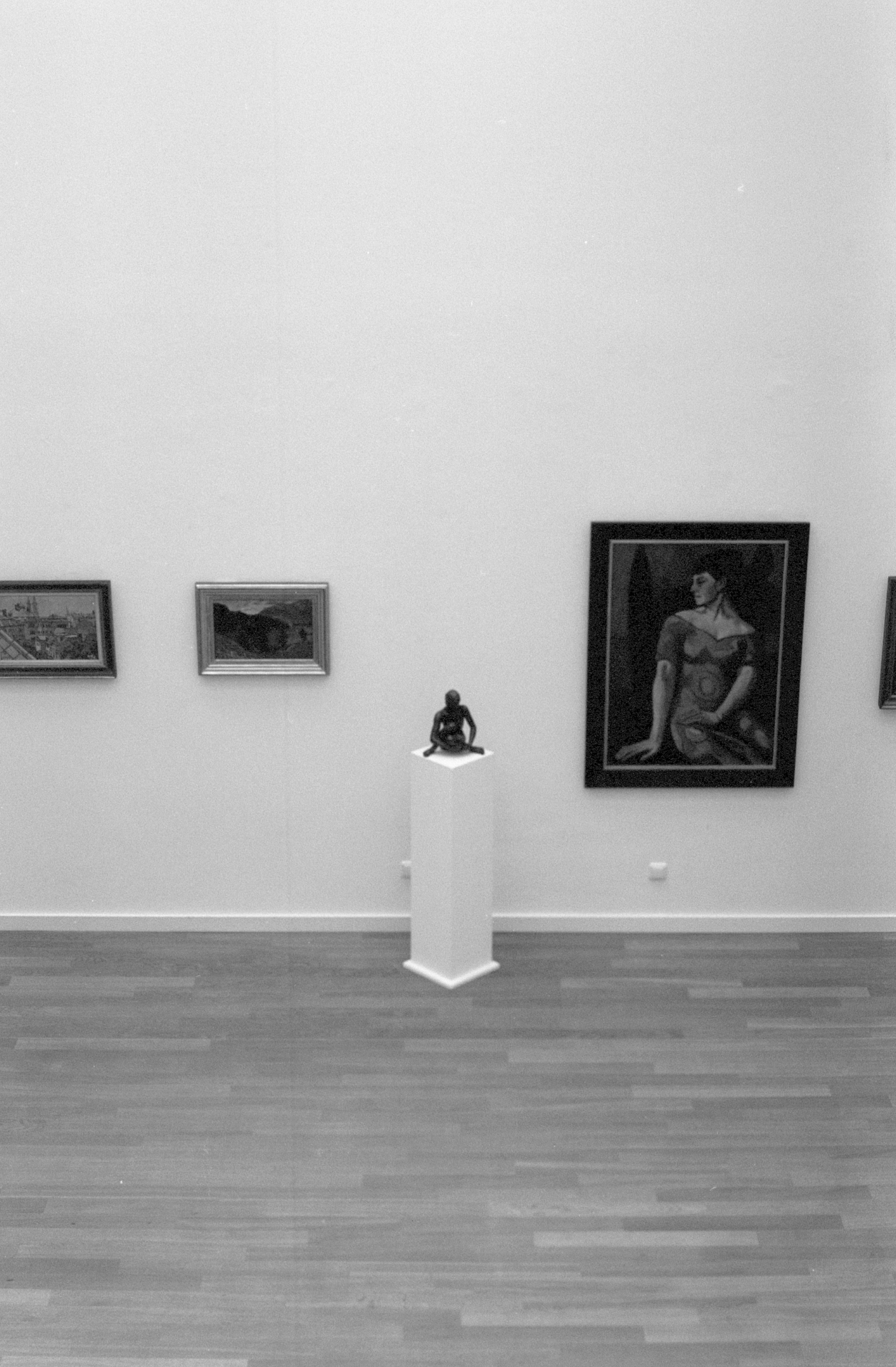 Buying art. The interest in owning art is probably more marked in our time than ever before. Art is in circulation. Across epochs. Different movements, types and positions – the focus varies depending on the collector and the personal preferences. But collectable is in fact everything.

The auction house holds at least six auctions each year at its main location. Each auction focuses on a specific period. This includes all types of art: paintings, watercolors, sculptures and objects, as well as graphics and drawings. In addition to the auction sales, KARL & FABER regularly organizes sales exhibitions of modern and contemporary art. An interesting fact: Since spring 2019, the house has also been organizing online only auctions. Here you can discover works with an estimated price of up to 1.500 euros – perfect for first-time buyers.

The next auction will take place on 16th July at the main location in Munich. This time, KARL & FABER will put the focus on modern and contemporary art. For this occasion, I have selected and curated my personal favorites in the first edition of the Curated Selection at KARL & FABER. The live auction can also be followed as a livestream. 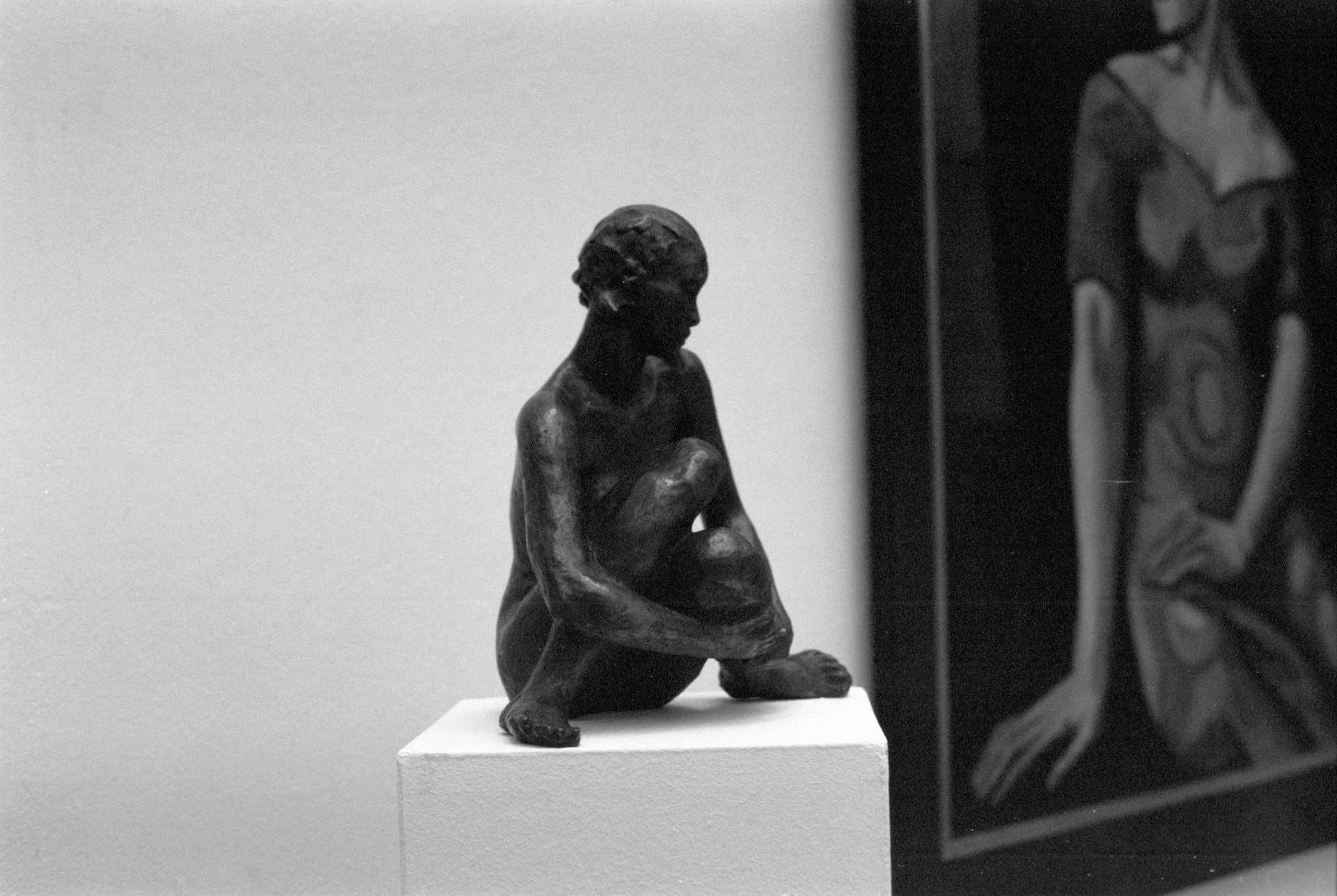 For this occasion, I have selected and curated my personal favorites in the first edition of the Curated Selection at KARL & FABER.

For me, Richard Serra is one of the most important contemporary sculptors. His large-format metal sculptures are characterized by the ambivalence of weight and lightness – in his work, steel, weighing tons, is transformed into visually light minimalism. His work focuses particularly on organically shaped objects and site-specific sculptures. But Serra also dedicates himself to painting and printmaking, which are directly in dialogue with his large-format sculptures. The etching Path and Edges shows curved lines that immediately bring to mind Serra’s Torqued Ellipses sculptures.

Monochrome color and abstract forms – to me there is almost no better combination for a decorative work of art. But there is so much more to Franco Viola’s work Memorie II: his background lies in landscape painting and in exploring nature. Motifs that are influenced by romanticism as well as by personal experiences, perceptions and memories. Even if we do not see an exact depiction of nature here, the title of the “memory” conveys a melancholy moment and thus, for me, draws a connection to Viola’s graphic landscape works.

As a collector of objects, I became immediately attracted to the work Lurra-G-12 by Eduardo Chillida, which is one of my absolute highlights of the auction. In addition to his room-sized sculptures, Chillida also occasionally created small sculptures from wood, granite, alabaster and metal. In 1973, he began using the refractory chamotte clay, which particularly characterizes the Lurra series: cuboidal objects with notches and cuts. Puristic and simple, but also decorative.

Even though my main field of interest is contemporary art, Joan Miró, as a representative of classical Modernism, is one of my favorites of the movement. I had my first contact with Miró after reading André Breton’s surrealist novel Nadja (1928). For me, it served as an introduction to Surrealism and got me excited to further explore Modernism, Dadaism and also Joan Miró. The etching Untitled (Personnages) shows figurative forms which, for me, represent the epitome of his work – enigmatic, abstract and unmistakable.

Artistic positions, which have an interdisciplinary background, are particularly fascinating to me. The two-part object Ensemble von zwei konkaven Rundspiegeln (1968 and 1969), a work by Adolf Luther, is one of my favorites. Luther, who also had a doctorate in law and was a judge, devoted his work to light art. His approach: to make light visible and tangible through installations. Ensemble of two concave round mirrors, creates this – depending on the orientation – by mirroring and reflection.

I first discovered the famous paper cuts of Lucio Fontana’s Concetto Spaziale Attese series at the Art Basel in Miami. The interaction between destruction and illusion has always fascinated me. The abolition of the traditional two-dimensionality of the canvas is the focus of his paper works. Untitled (Concetto spaziale) (1964/65) even goes one step further in my opinion. Here, the paper cuttings look more like a perforation, which – due to their geometric arrangement – create a completely new perspective.

The abstract composition Ohne Titel (1989) by Gerhard Richter is definitely a highlight of the auction. Richter’s monochrome squeegee works are among my favorites of his oeuvre – they are a contrast to his highly prominent figurative work. In particular, the “randomness” that arises when the tool is pulled off over the oil paint makes Ohne Titel (1989) a showpiece of the auction.

The surreal visual universe of David Lynch has been with me for over 15 years. His works, especially his cinematic work, fascinated me so deeply that I dedicated my master thesis to the nightmarish reversal of the “American Dream” in Blue Velvet (1986) and Twin Peaks (1990-1991). For me, Box for Monkeys (1988) perfectly visualizes the cinematic moment of the “uncanny” (Freud), a stylistic element often used by Lynch in his cinematic oeuvre. He leaves space for interpretation and uses the “invisible” (merely the image of a box, but intended for a monkey) as a motif of uncanny suspense.

What I particularly like about Günther Förg’s work is his interest in 20th century architecture, which has had a exeptional shaping effect on his black and white photographs. Organic as well as geometric forms of modern architecture (e.g. Bauhaus in Tel Aviv) were the focus of Förg’s photographic work. His wide-ranging oeuvre includes architectural photography, painting, drawing and prints as well as plastics. For me, his sculptures are illustrations of a contemporary confrontation with space, construction and object.

When I discovered the marble sculpture by Gianpietro Carlesso in the auction catalogue, I immediately felt taken back to my San Francisco stay last year – Deconstruzione XII seems like a miniature of Armand Vaillancourt’s Vaillancourt Fountain, a fountain on Embarcadero Plaza in downtown San Francisco. One of my favorite places in the city. The three-dimensional sculpture of Carlesso (as well as the fountain) is particularly captivating because of its deconstructive form and rough surface – the alternation between evenly polished and rough, unaltered red marble gives the structure an aesthetic state of tension. 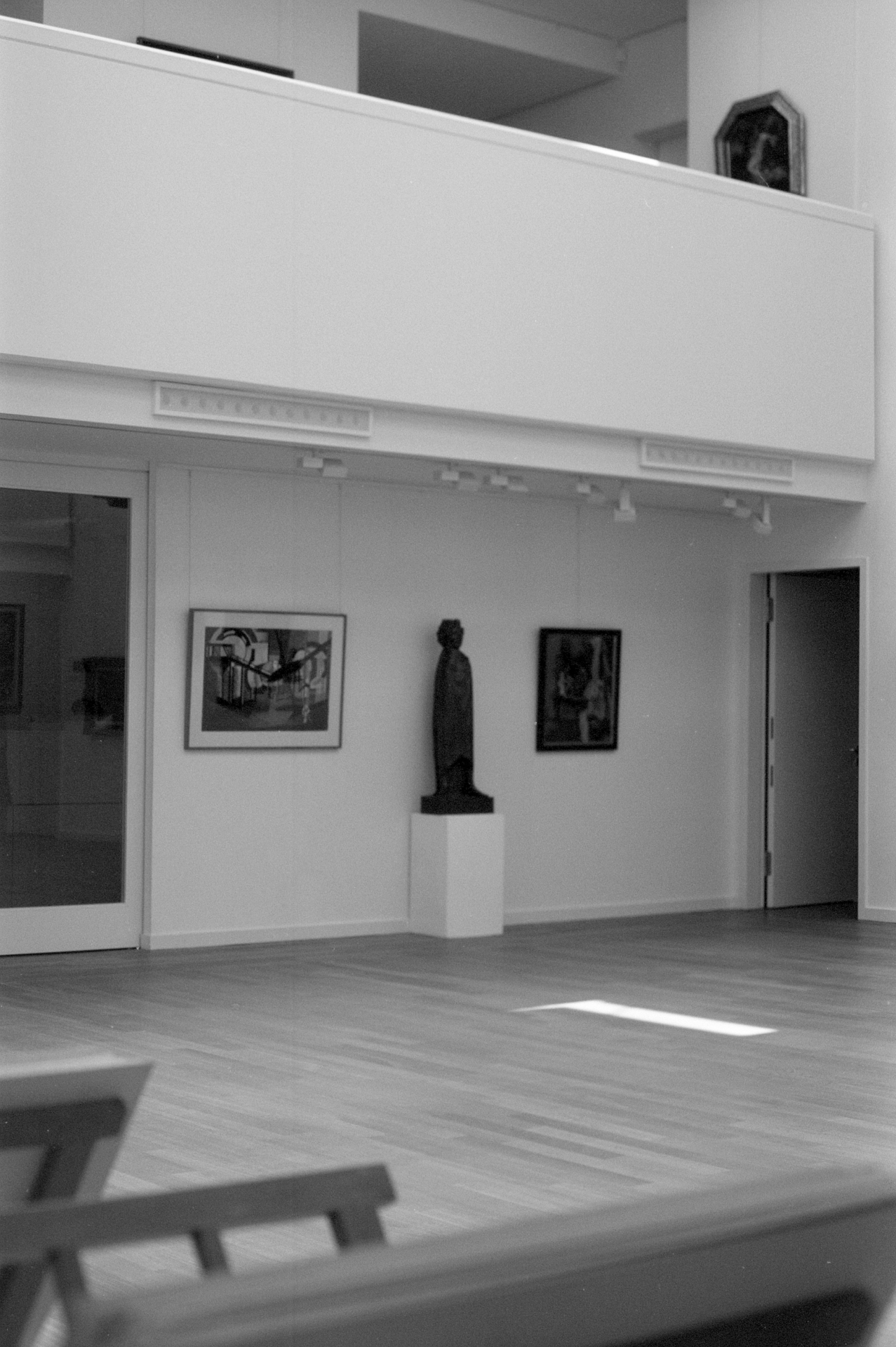 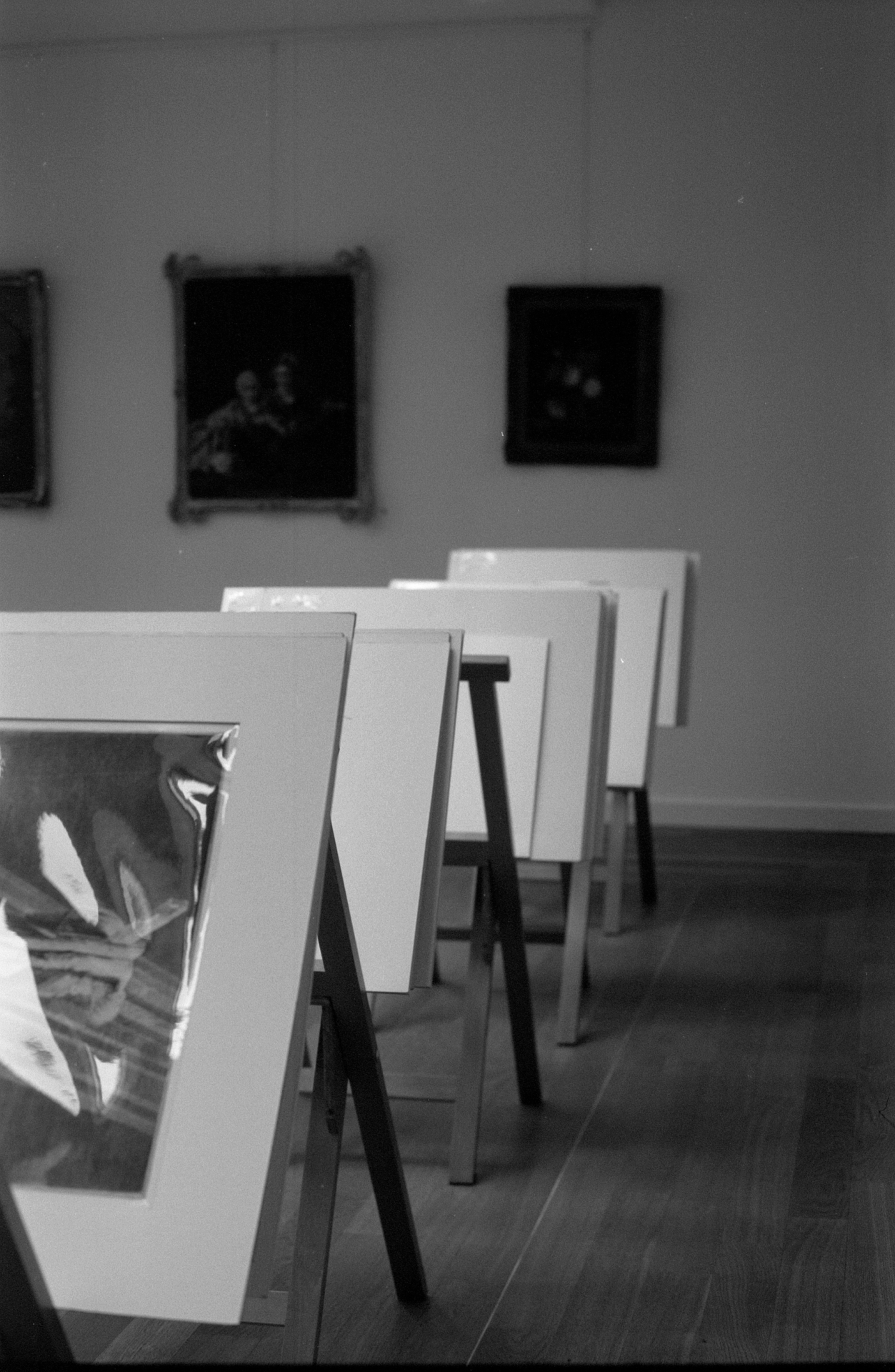 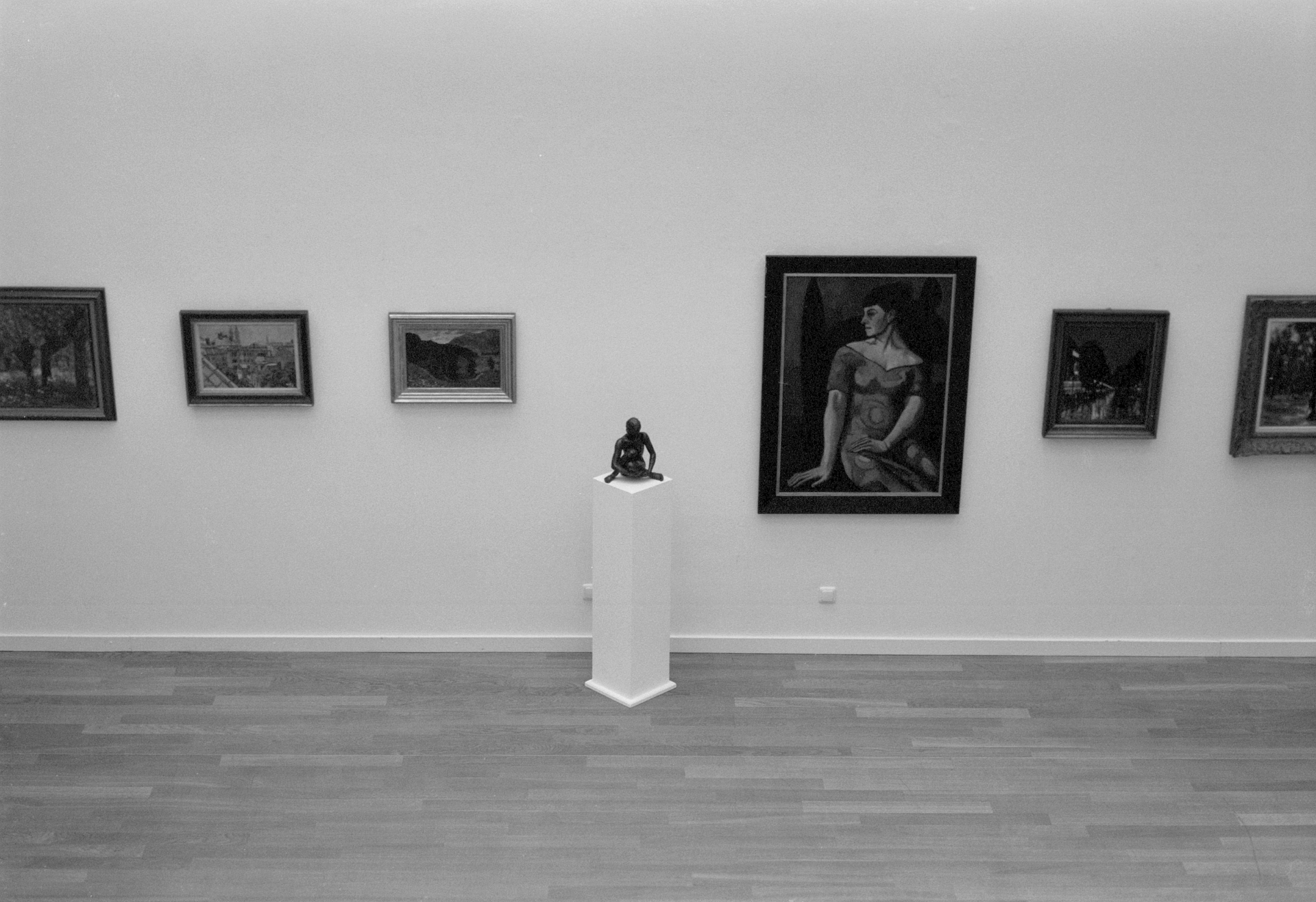 In the 30th auction of the house, art was auctioned for the first time. Louis Karl, the son of Georg Karl, joined the company as auctioneer in 1961 and took over the business ten years later as owner.

In 1923, the art historian Georg Karl and the Germanist Curt von Faber du Faur founded the auction house in Munich. Initially, the main focus of the art and literature antiquarian bookshop was on book sales and auctions. The first auction took place in 1927. A year later, Curt von Faber du Faur accepted the offer of a professorship at Yale and left the operative business. Georg Karl managed the business alone from then on.

In the 30th auction of the house, art was auctioned for the first time. Louis Karl, the son of Georg Karl, joined the company as auctioneer in 1961 and took over the business ten years later as owner. Over the years, he shifted the main focus of the house from books to art and initiated the start of modernism. An intensive partnership with American collectors began, which continues to the present day. Louis Karl also showed regular exhibitions and auctioned collections with great success, such as those of the publisher Reinhard Piper, who was a friend of the artists Barlach, Beckmann and Kubin.

Rupert Keim and his family acquired the company in 2003. The range of contemporary art was expanded and the network grew to include representative offices. With its head office in Munich, branches in Hamburg and Düsseldorf and representative offices in Tegernsee, Basel, London, Milan, Vienna and New York, KARL & FABER today operates on the international art market. Through worldwide contacts, art objects are offered specifically to private collectors, museums and qualified dealers around the world. In 2019 the clientele came from a total of 92 countries.

Since 2008, the company has been awarding the KARL & FABER Art Prize every three years together with the Foundation of the Munich Academy of Art. The house is also committed to Munich as an art location as a long-standing partner of the PIN.party, as a partner of the initiative for contemporary art Various Others and, since 2017, as a sponsor of the experimental art space Loggia. In addition, KARL & FABER repeatedly supports art projects such as this year’s exhibition “Anselm Kiefer – Opus Magnum” at the Franz Marc Museum at Kochel am See. 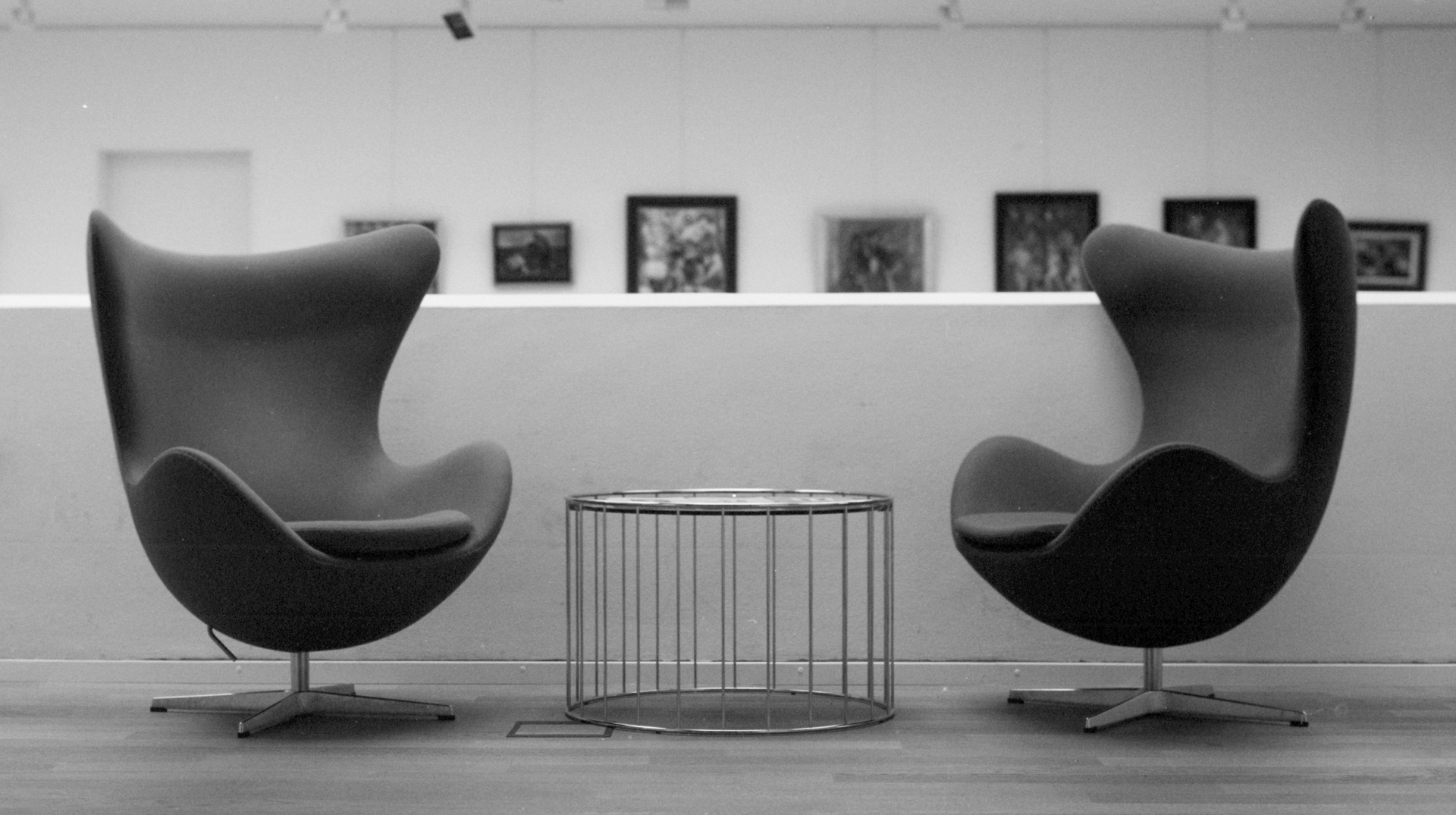 This article contains brand links, you can read more about them in our privacy policy.
This article is part of a paid partnership with Karl & Faber.