Mediterranean climate, lemon trees, magnificent villas and stately gardens. Just below the southern border of Switzerland lies Lake Como, a picturesque place that has long been celebrated as the domain of the chic elite. The lake, its tranquil waters and the cypress-lined landscape inspired generations of artists, writers and poets. It is a place of recreation—made for light linen suits, a Negroni in the sun overlooking the classic Riva boats from a floating pool. For relaxed luxury—and for the rarest classic cars.

By tradition every May the pageant for historic and rare cars takes place in Cernobbio on Lake Como, the Concorso d’Eleganza Villa d’Este—one of the most exclusive shows in the car industry. The location of the venue gives the event an unrivaled flair.

Every year, in the vast gardens of Villa d’Este and the park of Villa Erba, once the residence of Italian director Luchino Visconti, the most beautiful and valuable classic cars are proudly shown by their owners. In each case, an outstanding car is awarded with the main prizes of Coppa d’Oro or Best of Show. The criteria: Absolute beauty and functioning technology. Not an easy decision to make—there were quite a few of them this year. 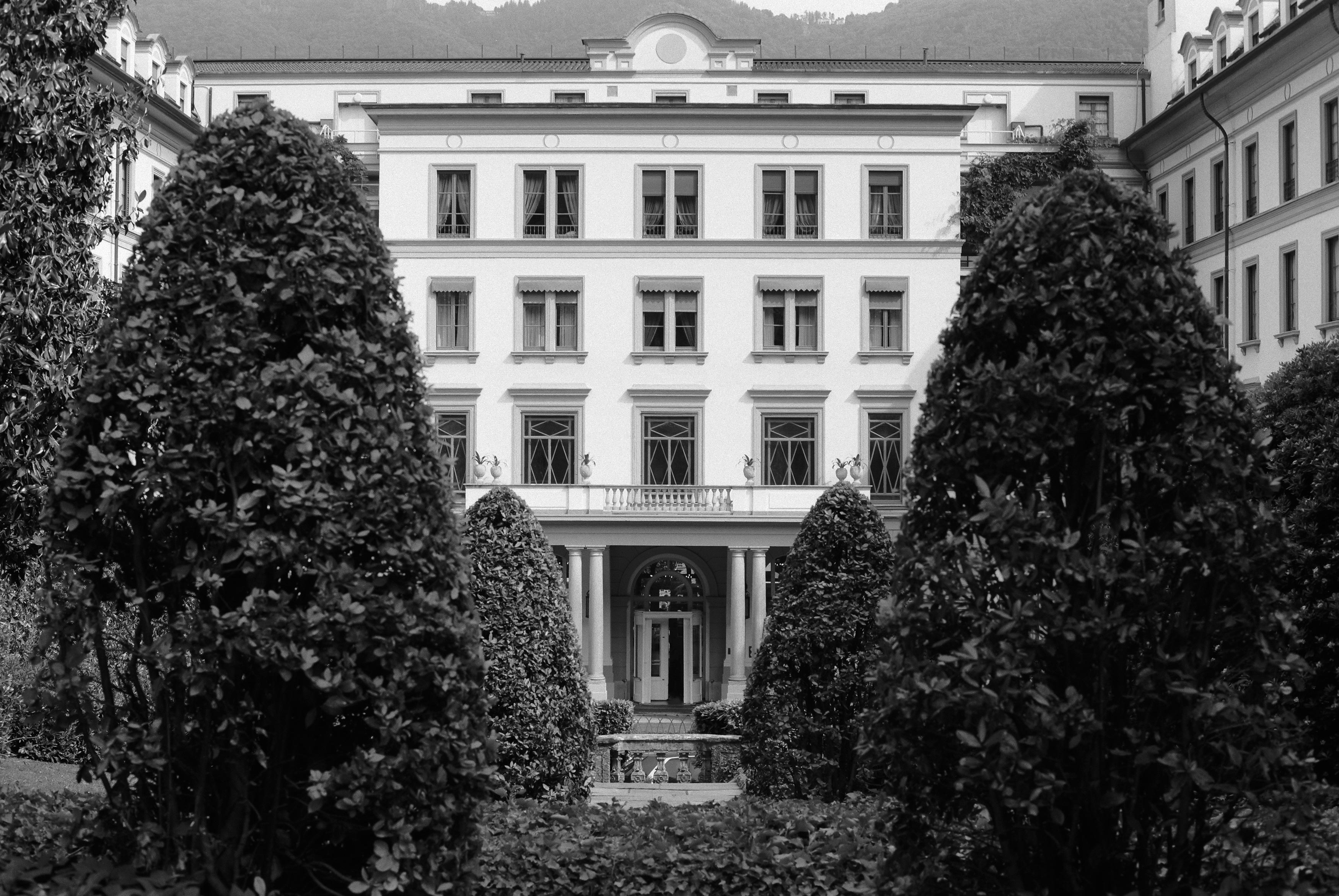 in partnership with BMW
shot on location at LAKE COMO, ITALY
on 35 MILLIMETER FILM
20—22th May 2022

The historic event first took place in 1929, under the name of Coppa d’Oro Villa d’Este, the International Concours d’élégance for motor cars. Followed by a joint initiative undertaken by the Automobile Club of Como, the Grand Hotel Villa d’Este and the Comitato di Cura di Como. Over the years, there have been many changes. For example, in the 1930s Villa d’Este withdrew from the sponsorship. But other concepts, very new and innovative for the time, were introduced: In 1933, Como had become the Autumn showcase for the latest in coachbuilding fashion. From 1934 onwards the event featured a minor innovation in the form of a women’s fashion show with clothes presented by mannequins from Milans most important fashion houses.

However, the last time the Concorso was held in its original form was in 1949, after which the event was forgotten for almost 40 years. At the time, Tito Anselmi, an Italian historian and author, had worked to bring back the prestigious auto show. The first attempt at revival was made in 1986. This was to remain a beacon event because a further nine years elapsed before the next Concorso was held in 1995. Two other shows then followed in 1996 and 1997. Towards the end of the 1990s things changed and the event was finally revived: The BMW Group took sole responsibility as the patron of the Concorso d’Eleganza for the years 1999 to 2001, under the management of the Director of BMW Group Mobile Tradition at that time, Christian Eich. Now, the Grand Hotel Villa d’Este and the BMW Group are celebrating the fourteenth anniversary of their cooperation. 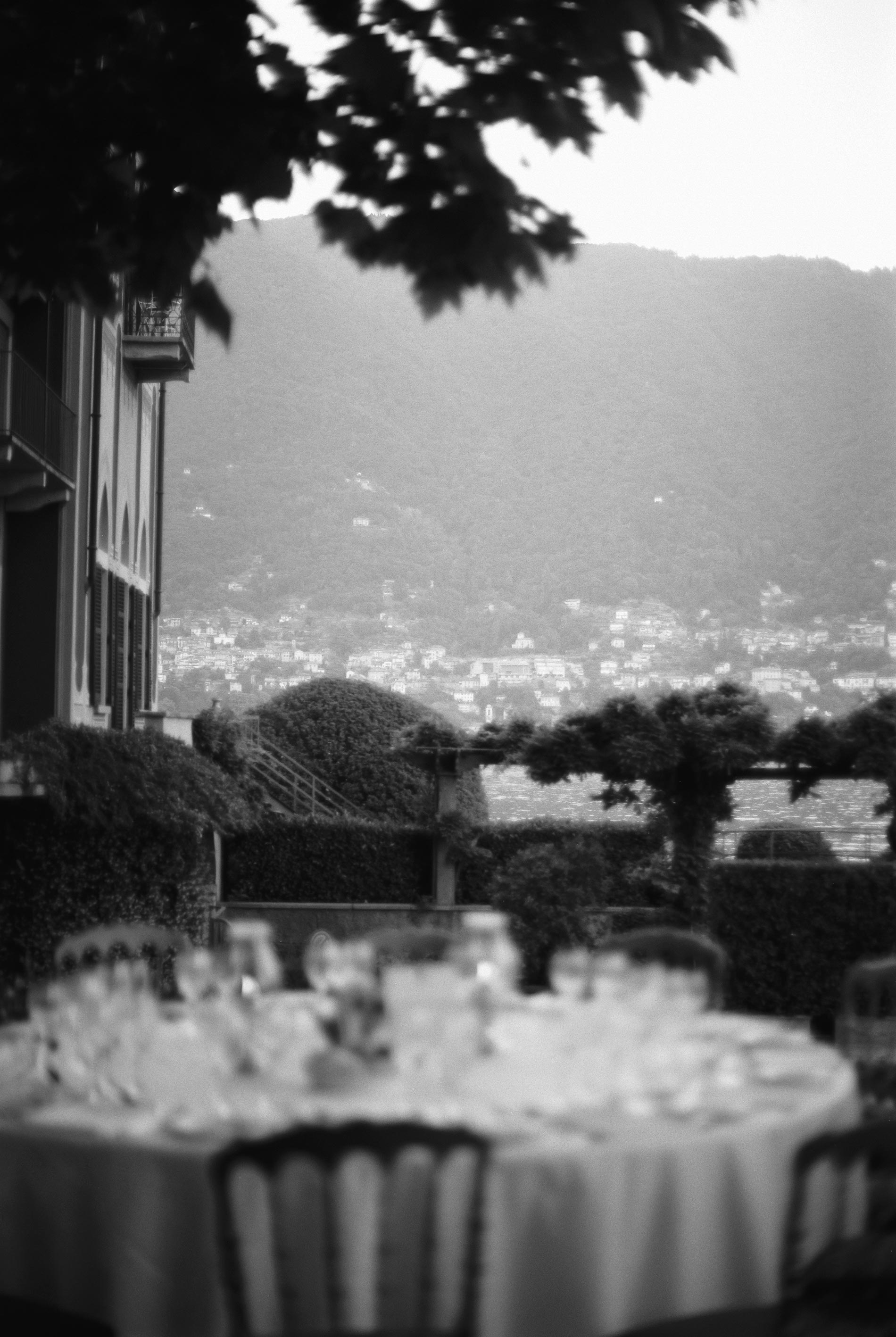 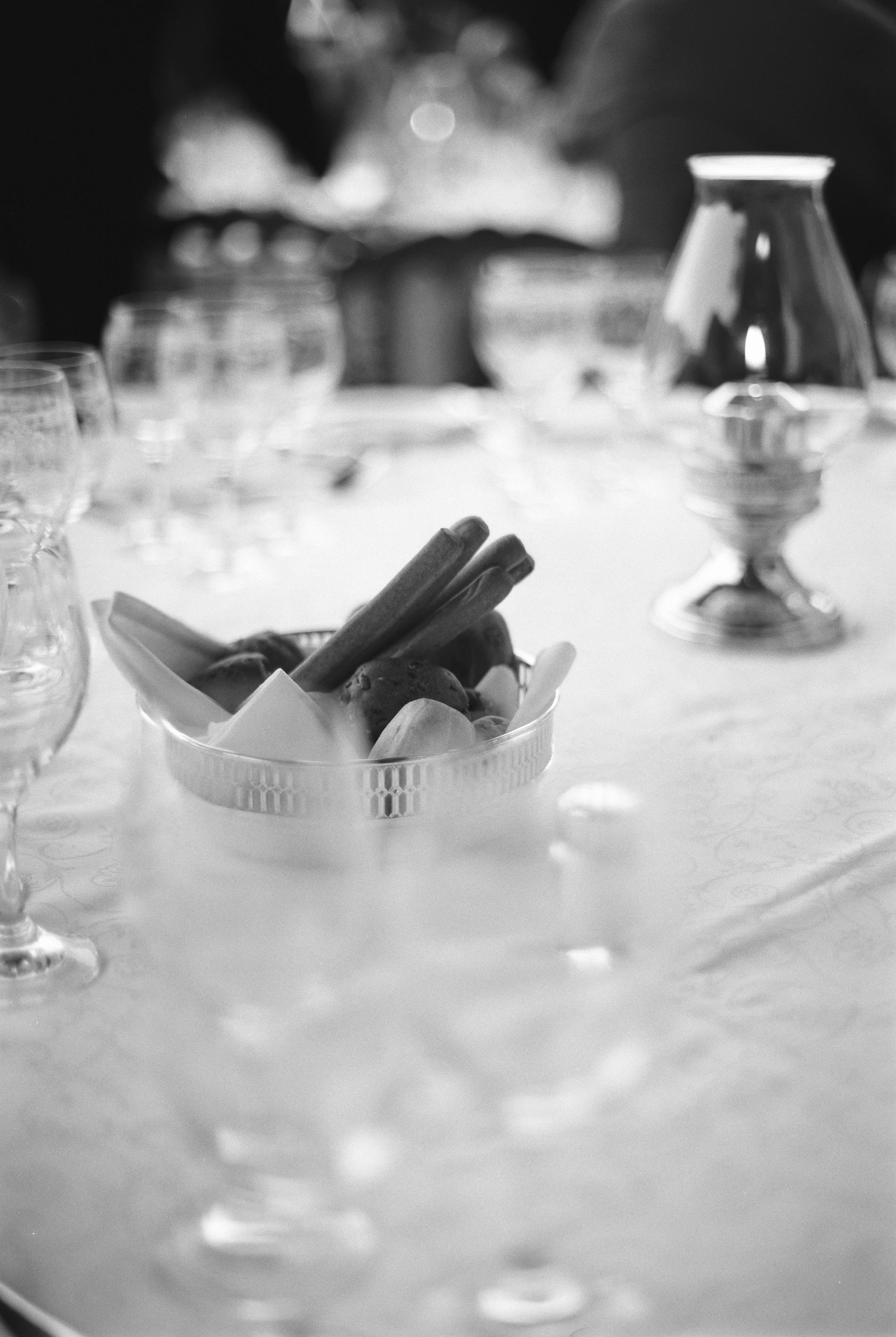 THE LAKE AND THE cypress-lined
LANDSCAPE INSPIRED GENERATIONS OF
ARTISTS, WRITERS AND POETS. 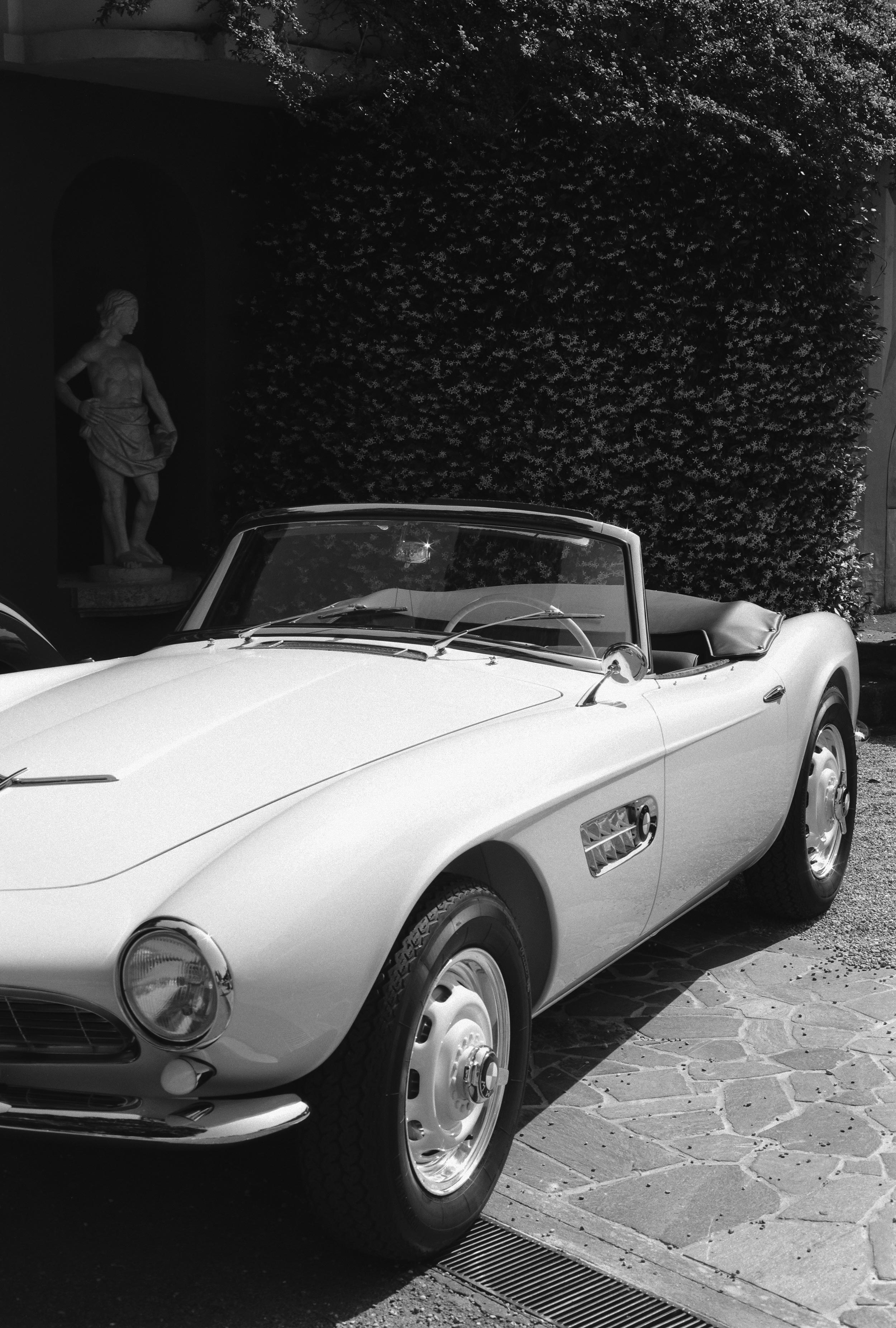 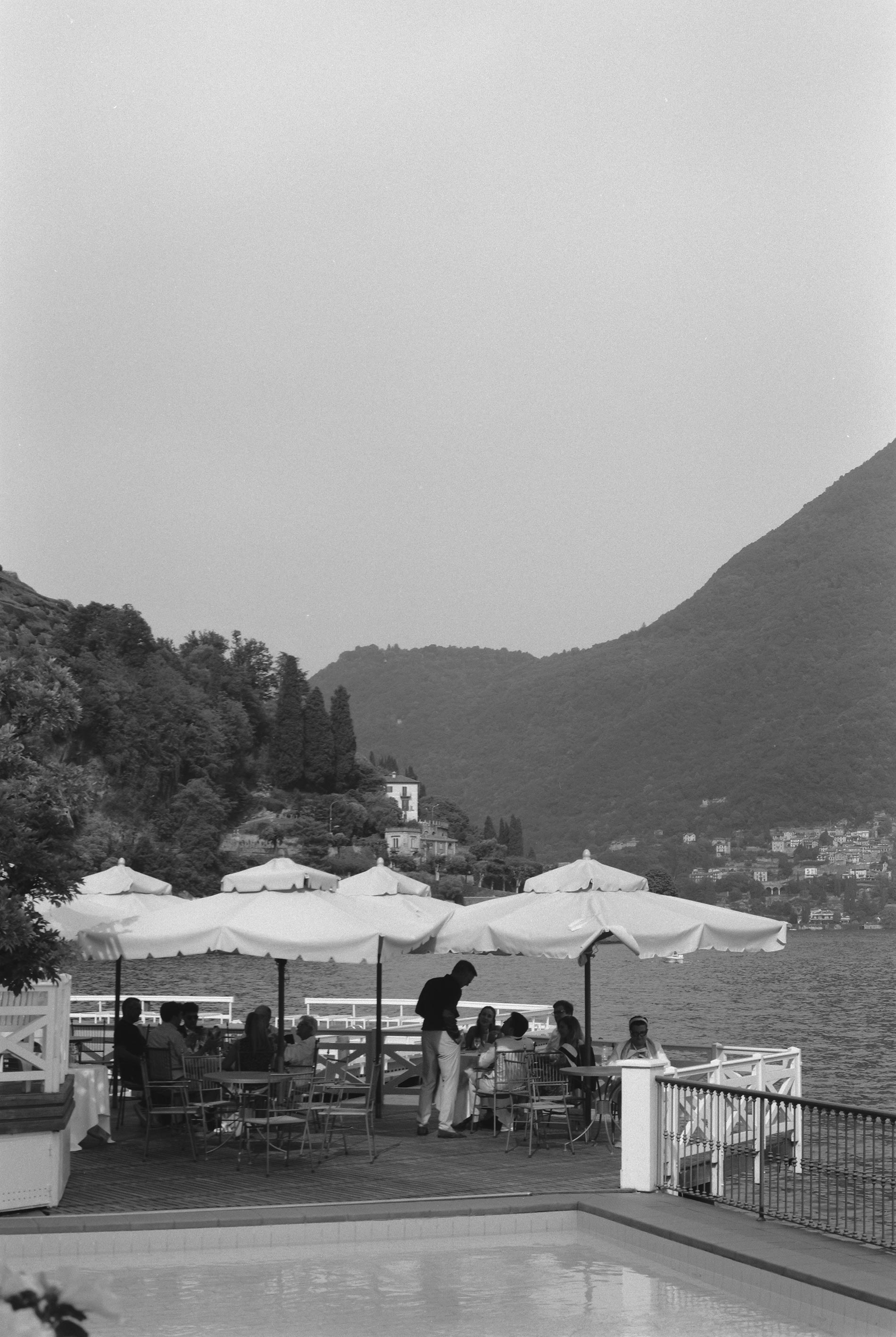 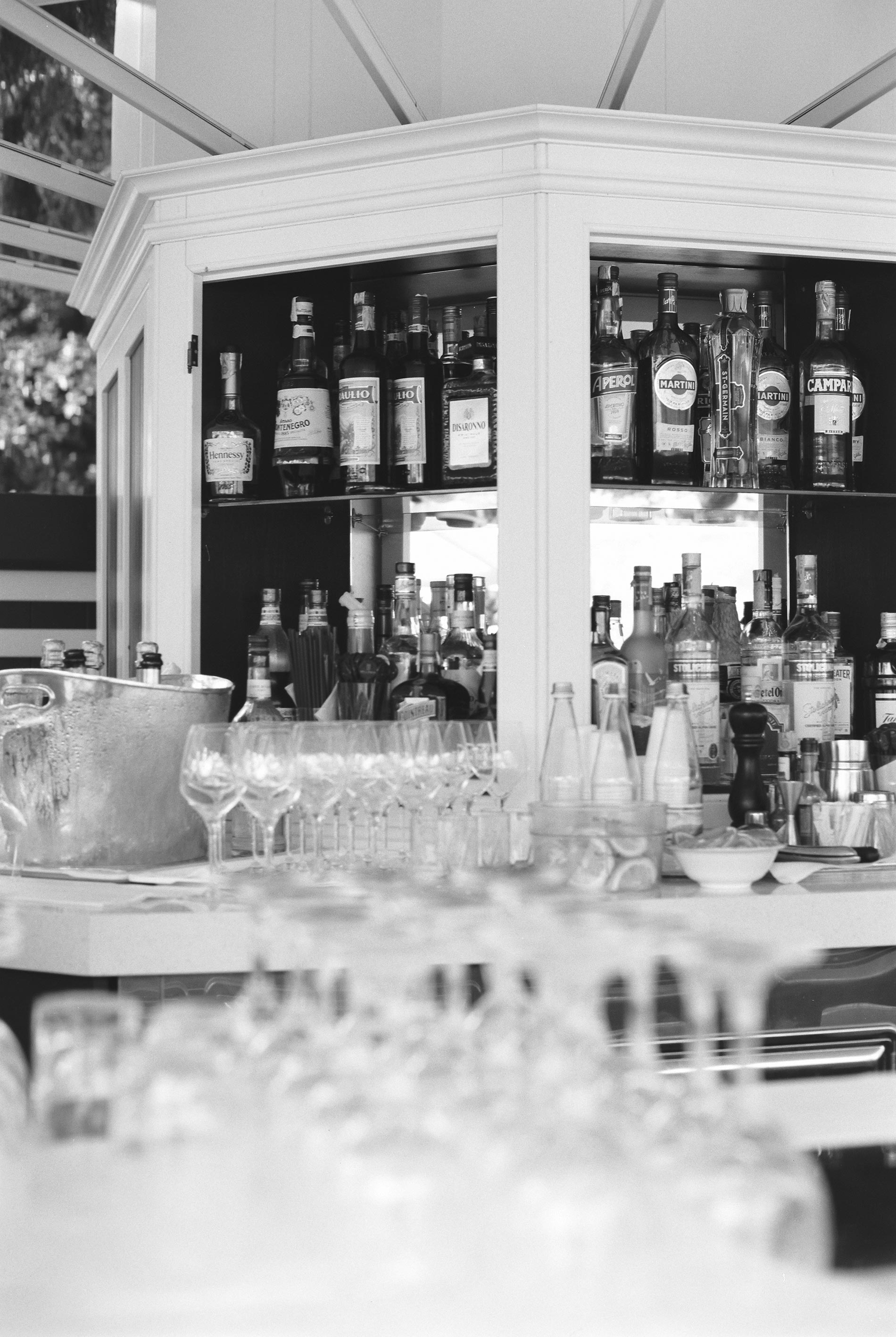 It is a place of recreation—made for light linen suits, a Negroni in the sun overlooking the classic Riva boats from a floating pool. For relaxed luxury—and for the rarest classic cars.

As the organizer of this unique Concours, the BMW Group Classic continues its partnership with the Grand Hotel Villa d’Este, which has existed for more than twenty years, with great commitment in the 2022 edition. On the occasion of the Concorso d’Eleganza Villa d’Este 2022, around fifty automotive gems from almost one hundred years of vehicle history presented themselves in seven classes, whose designations reflect the anniversaries and superlatives of this year’s competition—such as The golden Age of Elegance: The Art Deco Era of Motor Car Design or Celebrating 150 Seasons at Villa d’Este: How grand Entrances were once made.

50 years of BMW M—an occasion that brought many BMW Group Classic collection vehicles representing this history to Lake Como for the exhibition. Historic BMW racing cars were on display, as well as BMW M serial production cars, but also absolute historic eye-catchers of the BMW 7 series. In addition, the much anticipated BMW M4 CSL was unveiled. A glorious link between the past, present and future of mobility.
2022 is a very significant year for the iconic Villa d’Este. Originally the private residence of Cardinal Gallio, Villa d’Este celebrates its 150th anniversary as a luxury hotel this year. The anniversary year will honor the traditions for which the iconic building is famous and revered, while celebrating the continuous innovations that confirm the hotel as an evolving icon within the field. 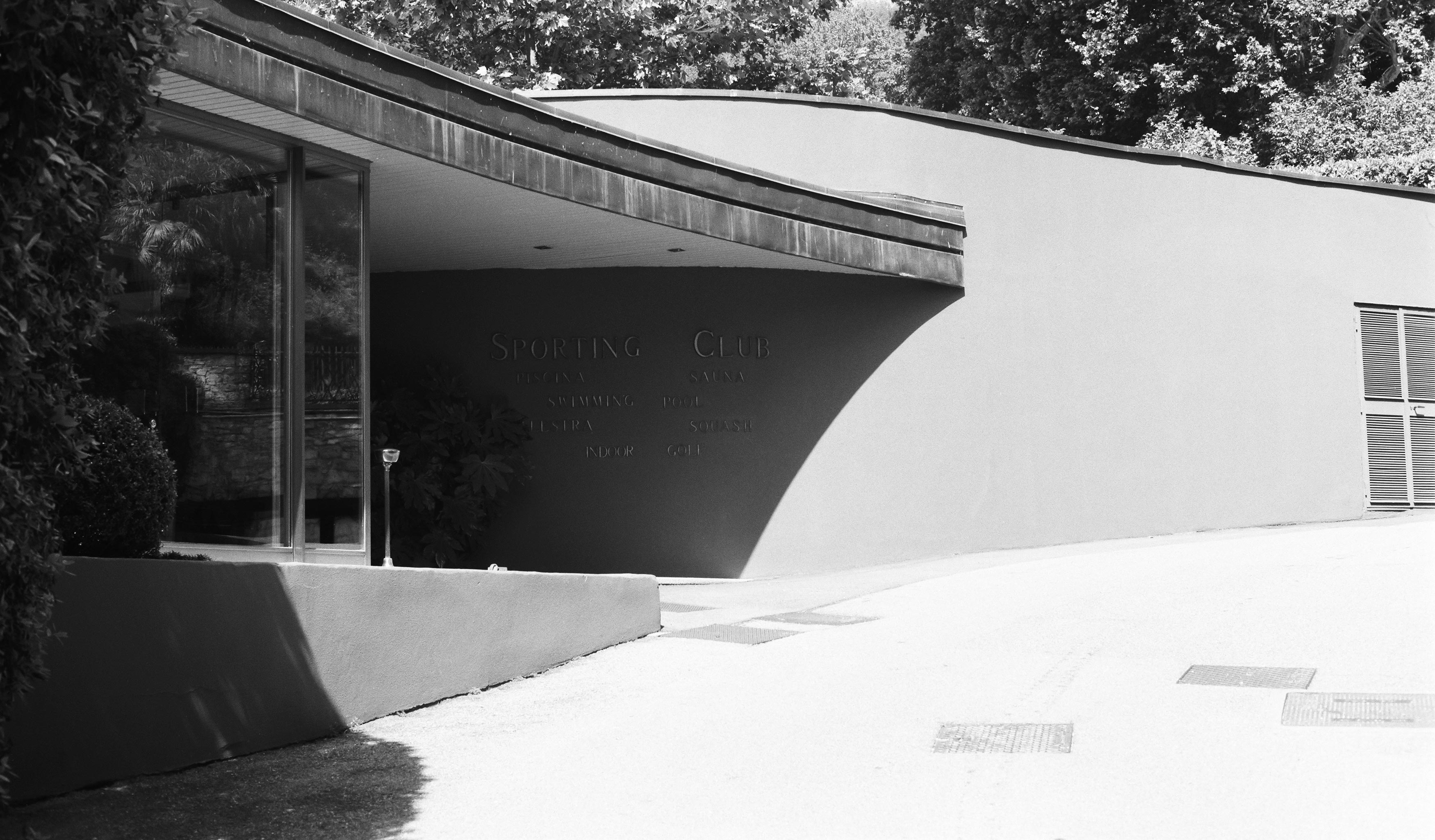 Villa d’Este is probably one of the most legendary hotels in Italy. Rooms are divided between two historic villas, one dating from the 16th century and the other named after a queen of England. Details include antique furniture, silk brocade curtains, marble sculptures and oil paintings—a true Renaissance experience. The complex of buildings, also called Villa del Garovo, has a fascinating and multifaceted history. Before the entire areal was transformed into a luxury hotel in 1873, the richly decorated building served both as a residence for several residents, like Cardinal Gallio, and later as a spritual place of the Jesuits.
The magnificent villa was designed and built by painter and architect Pellegrino Tibaldi, who also decorated the Palazzo Poggi in Bologna. Around 1784, the Milanese family Calderara acquired the property and underwent an extensive restoration of the villa. A new garden with a Nymphaeum was designed. From the Nymphaeum rises Viale dell’Ercole, an avenue lined with cypresses and water cascades that leads to a group of figures from the 18th century. After the Second World War, the noble hotel became a meeting place for the sophisticated society, which continues to this day. 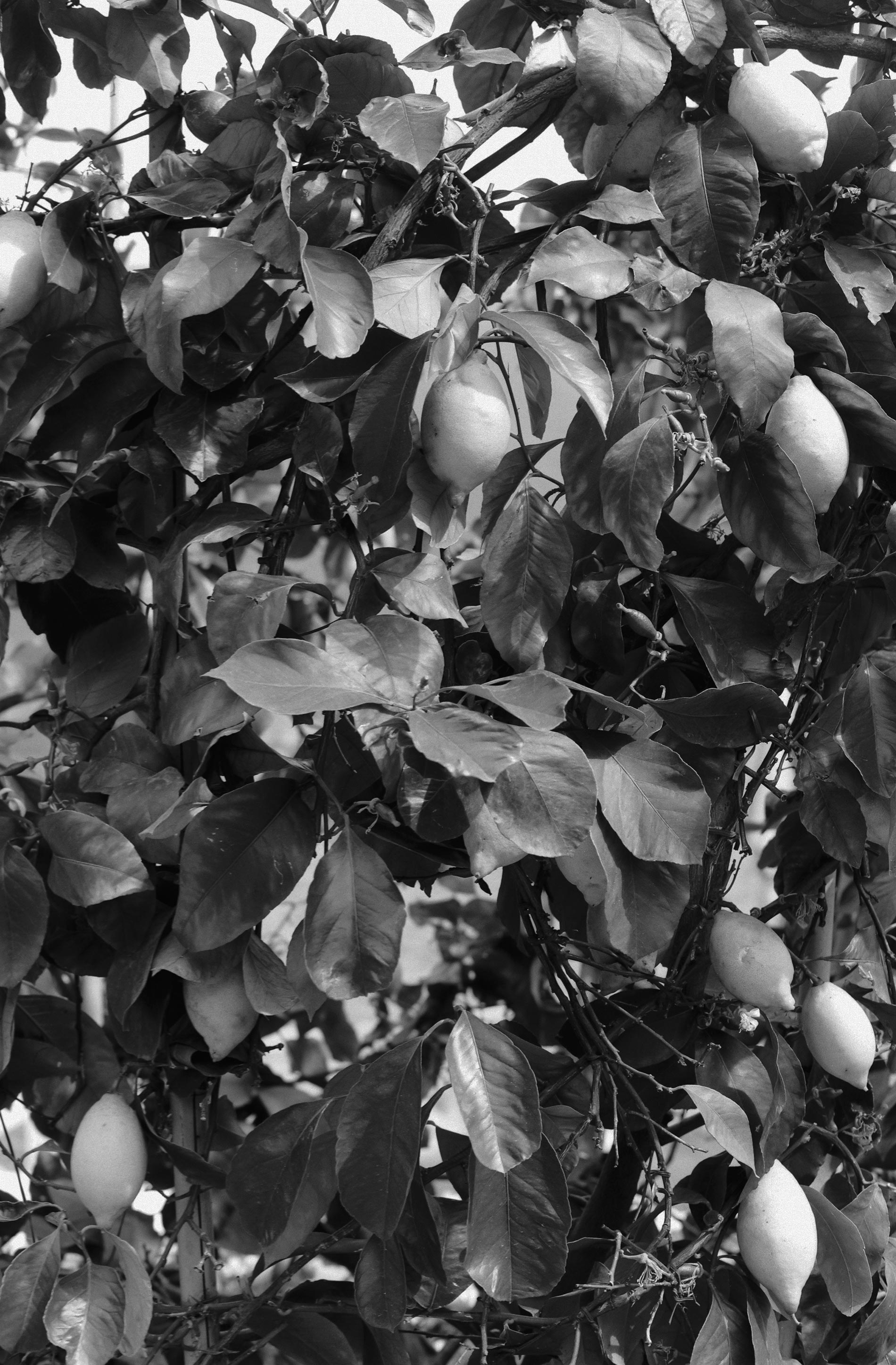 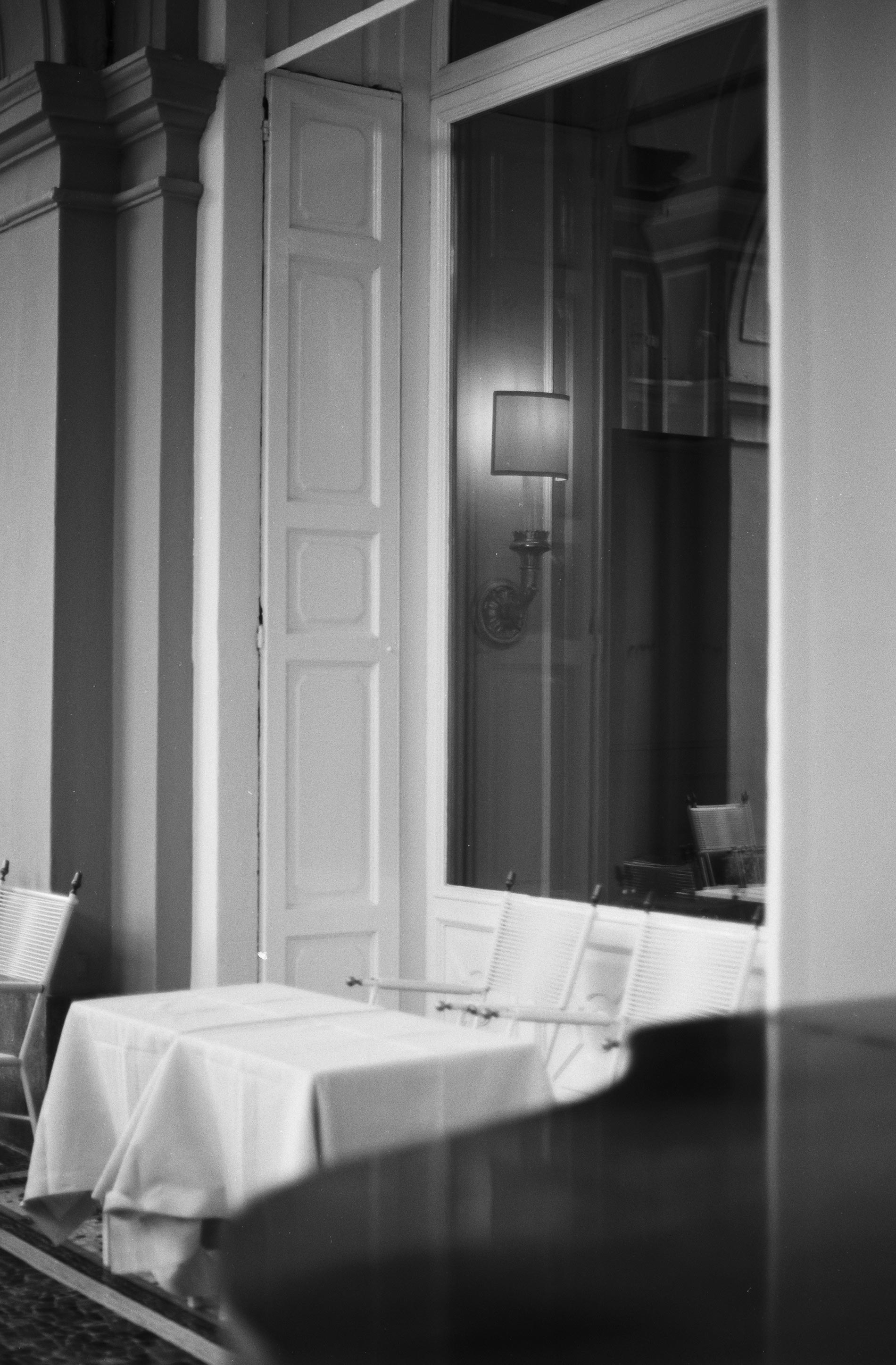 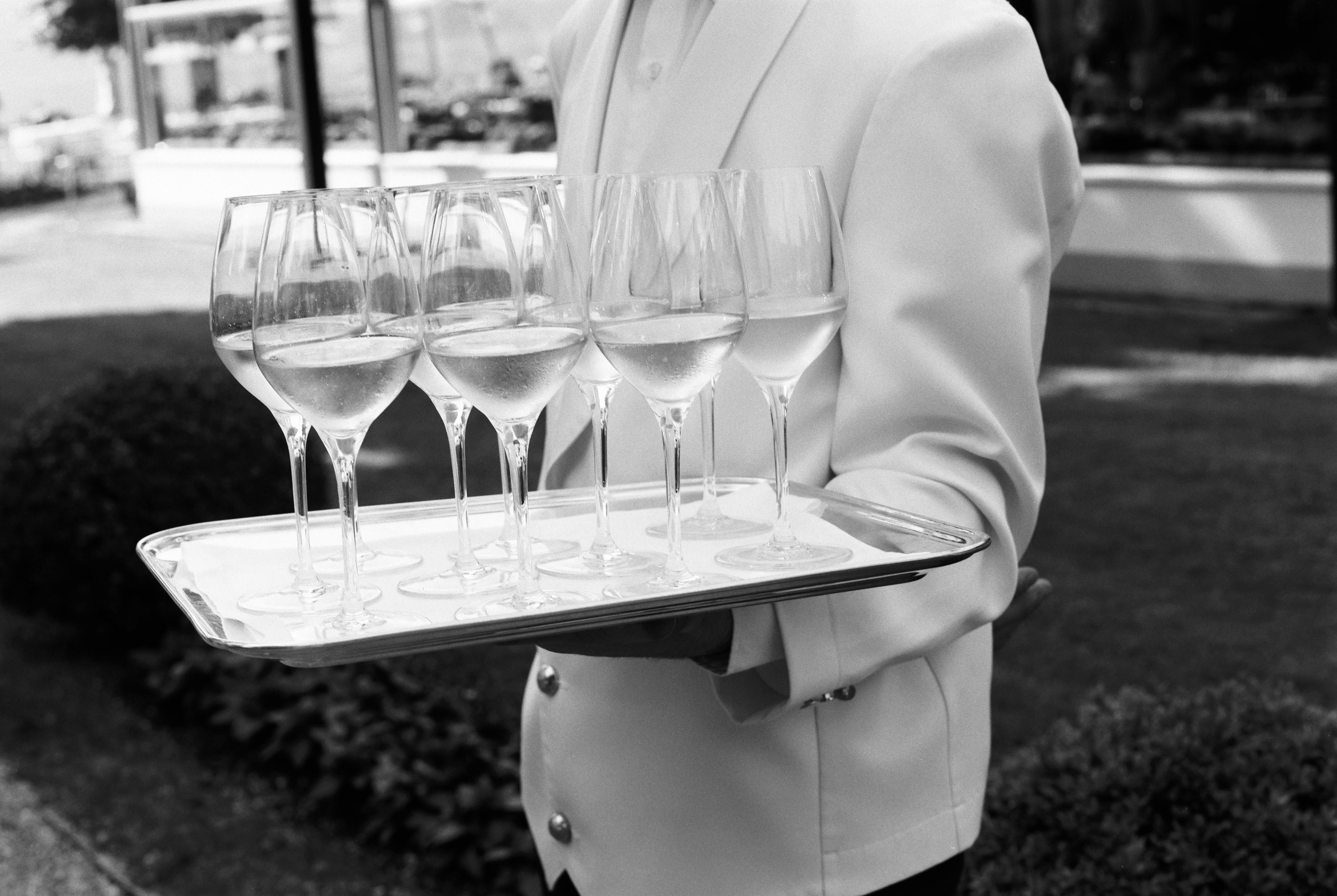 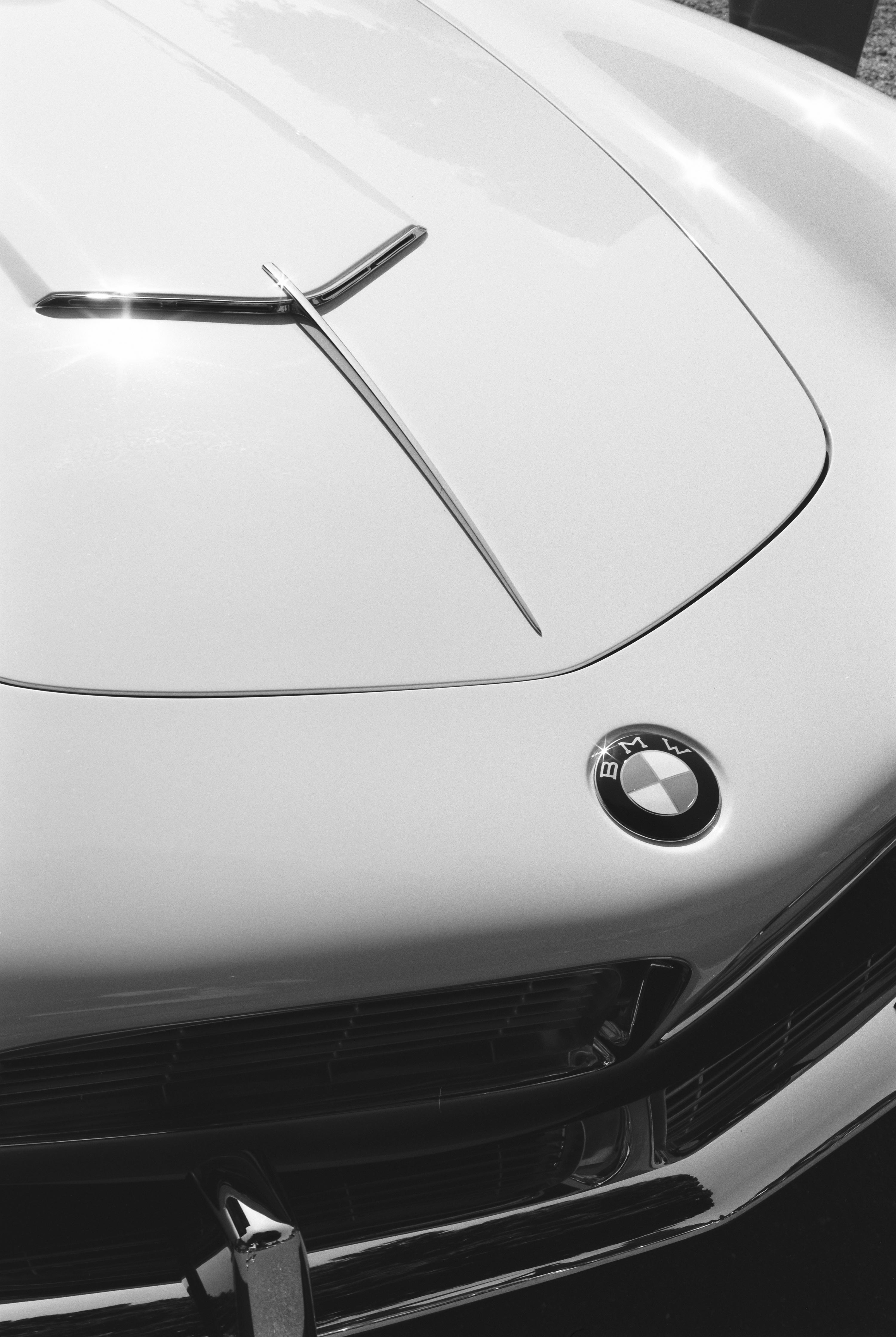 50 Years of Mean Machinery—BMW’s M Cars and their Ancestors, a separate classification class that documented and honored the history of BMW racing cars at this year’s Concorso. The winner of this class was also the first BMW M model, then known as BMW Motorsport: a BMW 3.0 CSL from 1972. Speaking of the 1970s: On the occasion of the anniversary, design icon Giorgetto Giugiaro, who designed the body of the BMW M1 (1978) at the time, was present at the historic car show.

Compared to the prototype BMW Turbo, Giugiaro designed the BMW M1 more functional and dispensed the gull-wing doors. The Italian industrial designer (who was also responsible for the design of the DeLorean DMC-12) created a timeless design for the BMW M1, whose dynamic form has found its way into automotive history. With the striking wedge shape, Giugiaro succeeded in impressively combining sportiness and aesthetics. 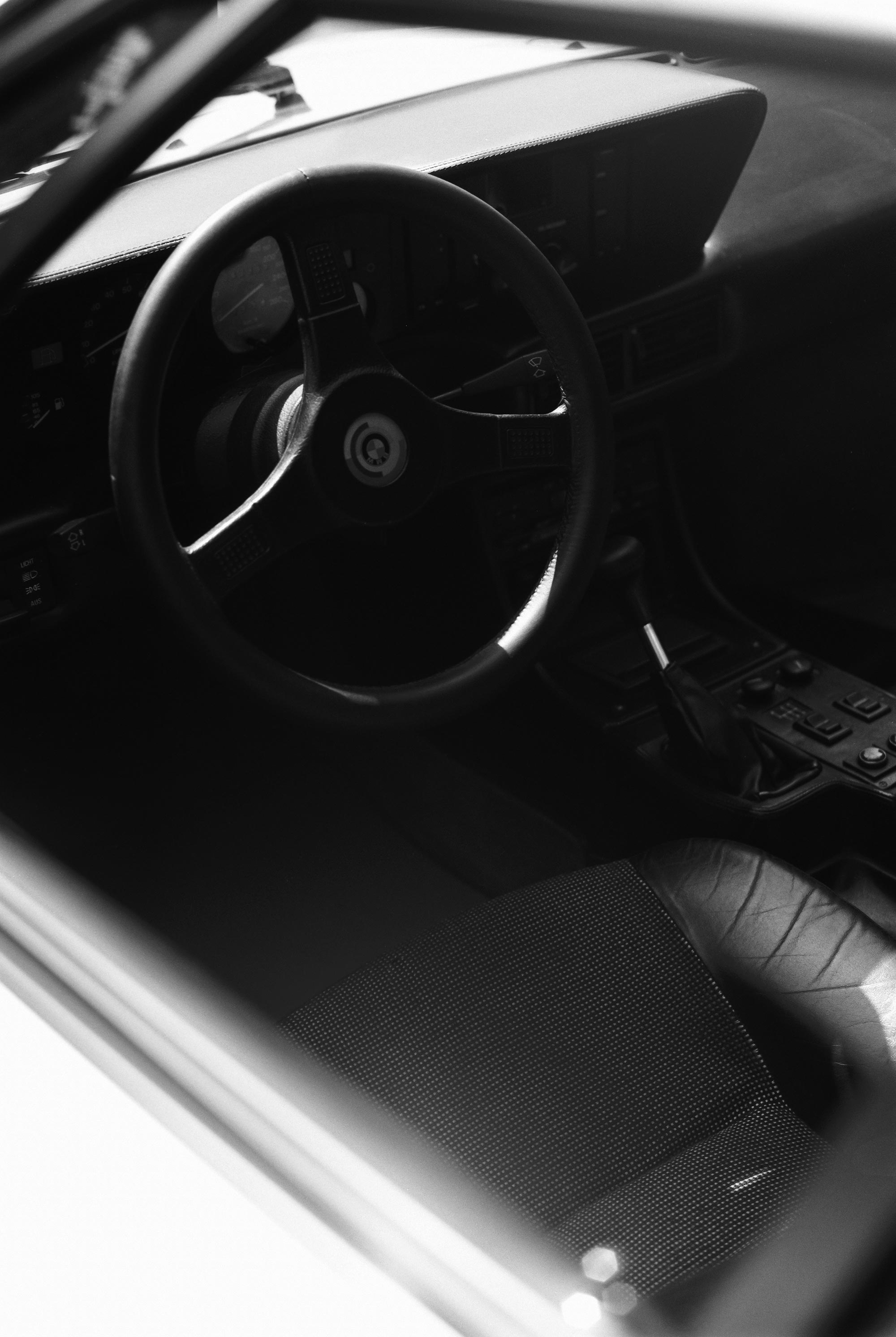 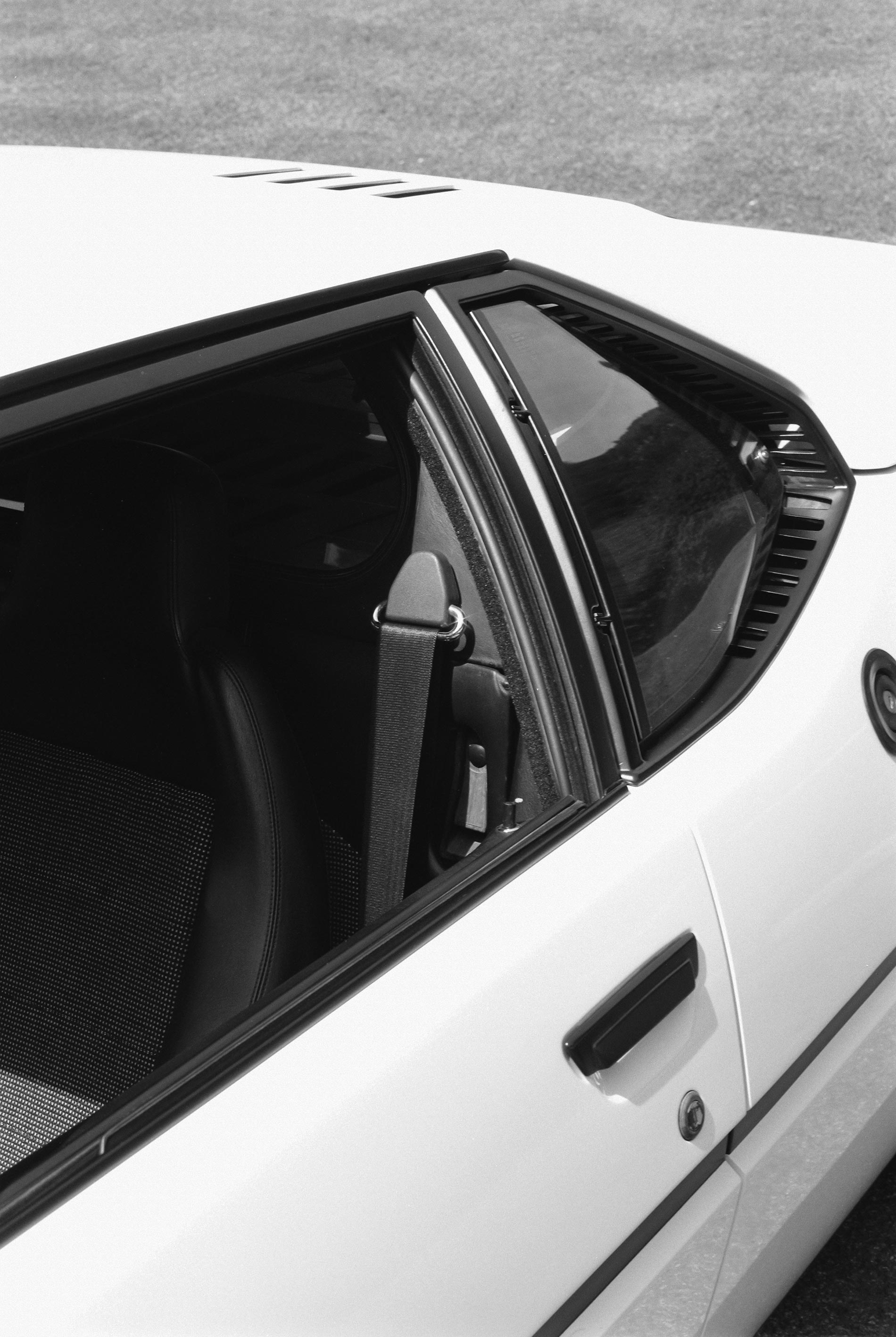 The Italian industrial designer Giorgetto Giugiaro created a timeless design for the BMW M1, whose dynamic form has found its way into automotive history. 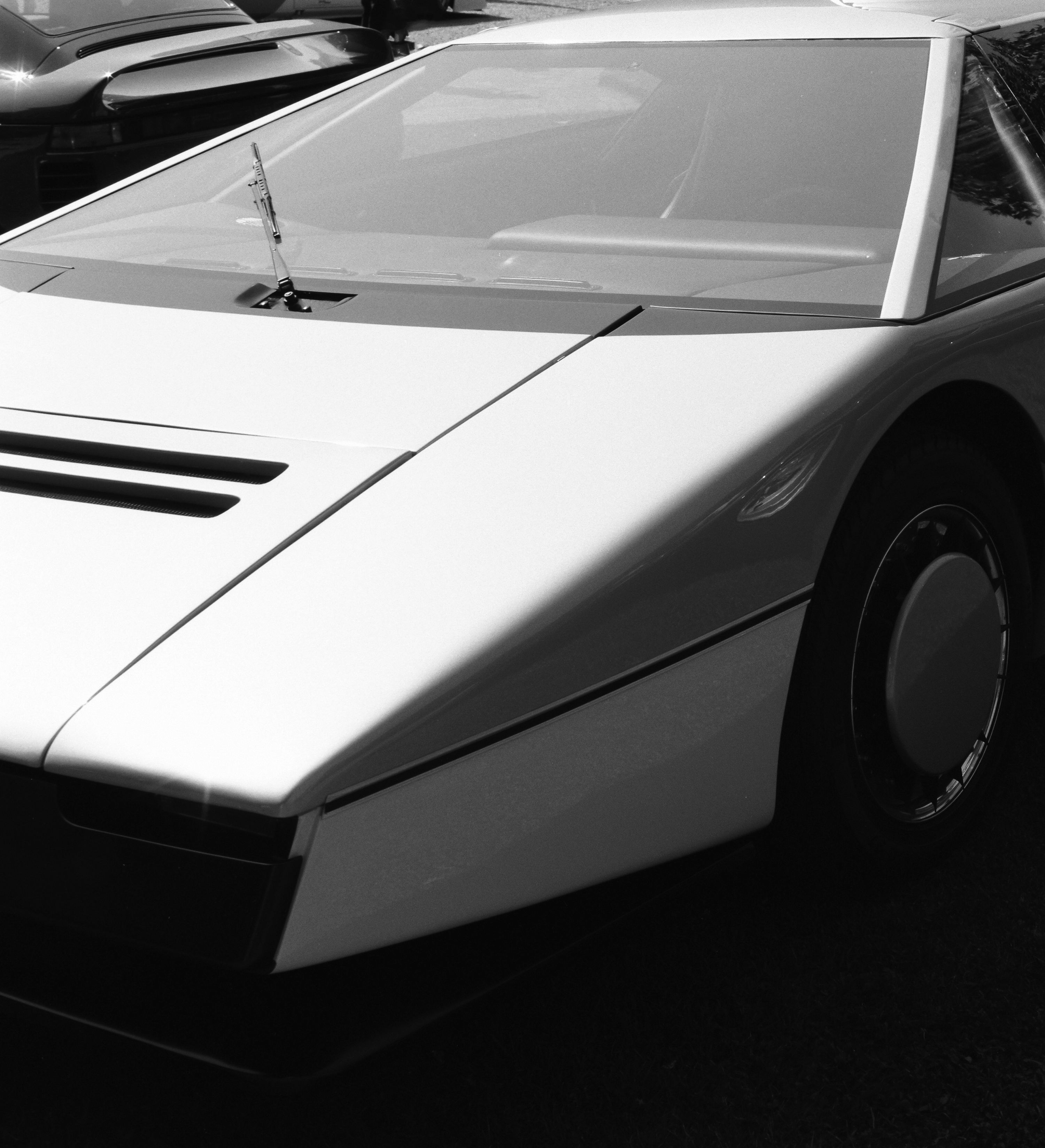 This year’s crowd favorite was the 1979/1980 Aston Martin Bulldog, which was awarded with the Coppa d’Oro—making it the youngest car ever to win the competition, presented by American car collector Phillip Sarofim. The one-off was once designed for an Arab client, but he withdrew from the project early on. After some deliberation, Aston Martin decided to complete the futuristic car at its own expense as an advertising object.

The code name for the project was initially DP K9, after a role in the movie Doctor Who. Yet the official name became Bulldog. This can be traced back to the vehicle’s production history: For the construction of the car, the production team had to move to a little corner on the company premises, which internally had the call sign kennel. And the name was born. After spending some time in the Middle East and the United Kingdom, the super car eventually made it to its current owner a few years ago, who recently had it extensively restored. 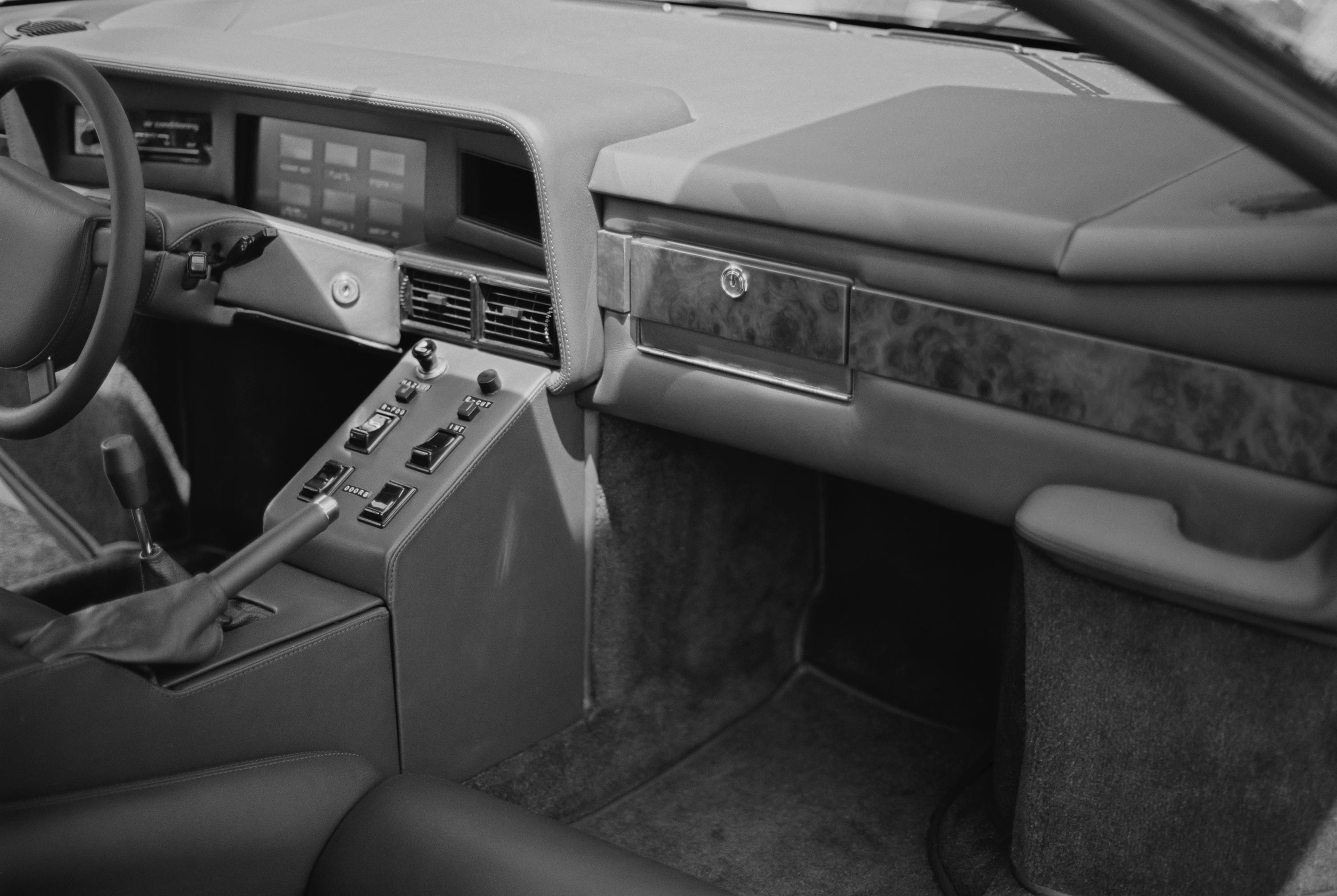 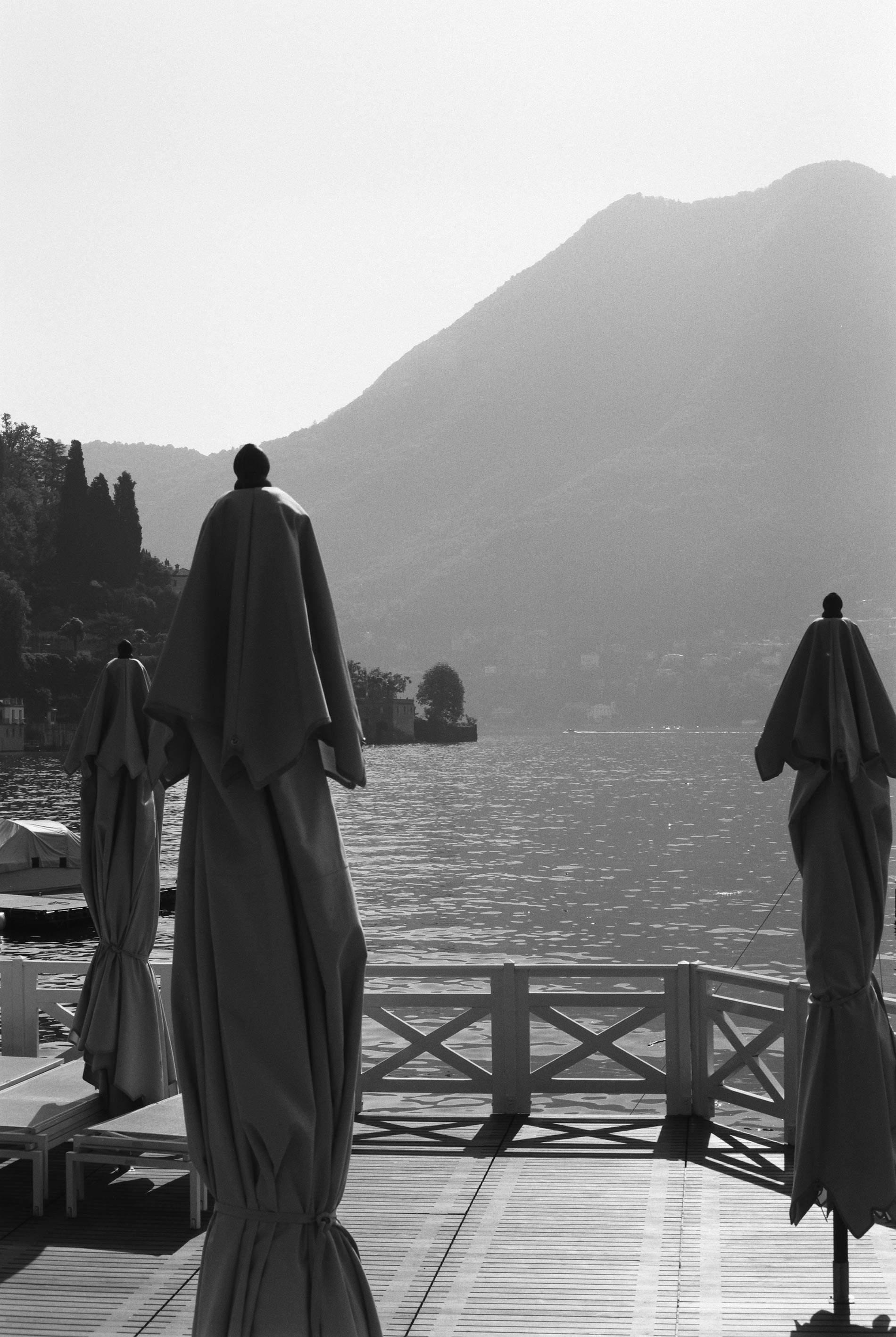 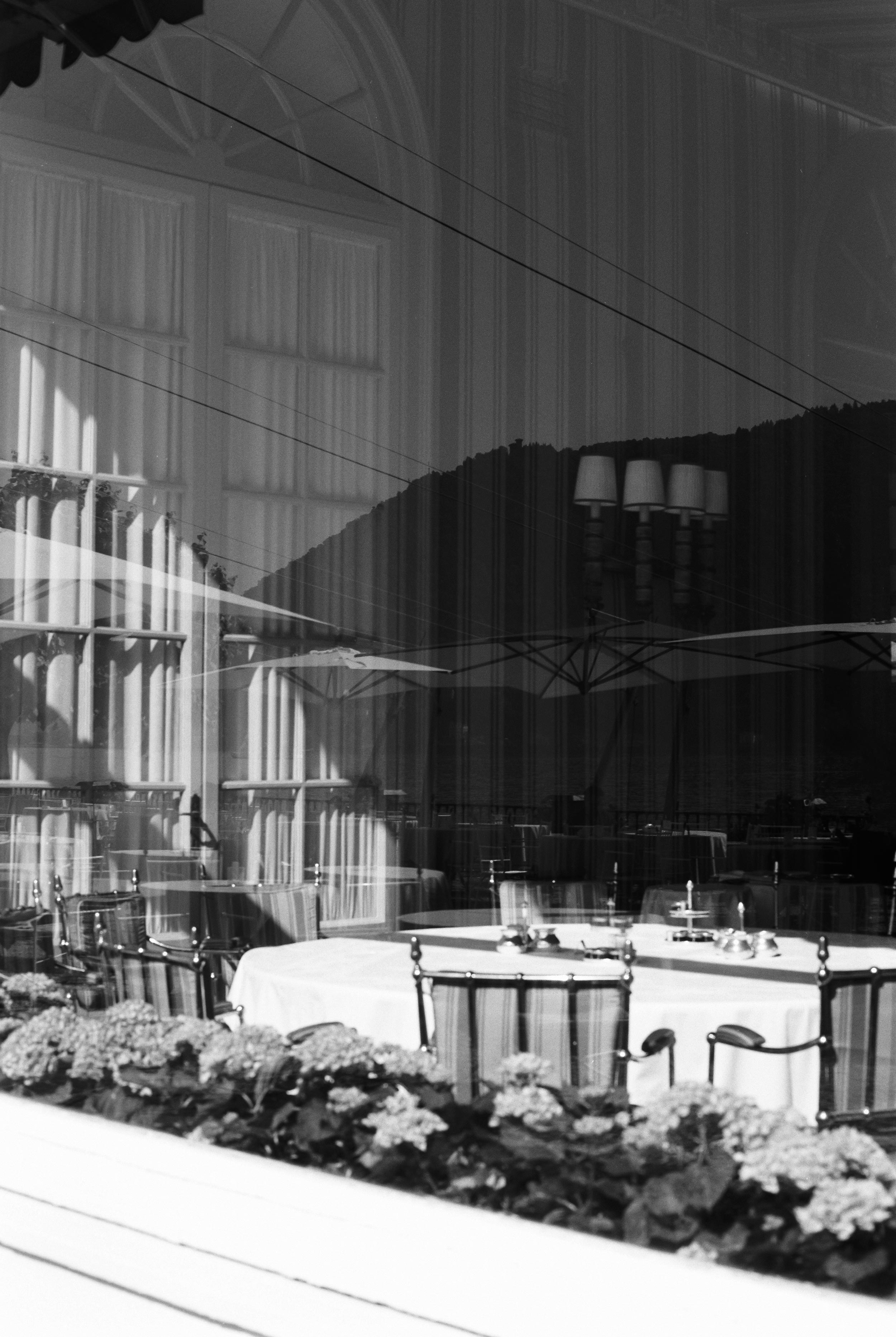 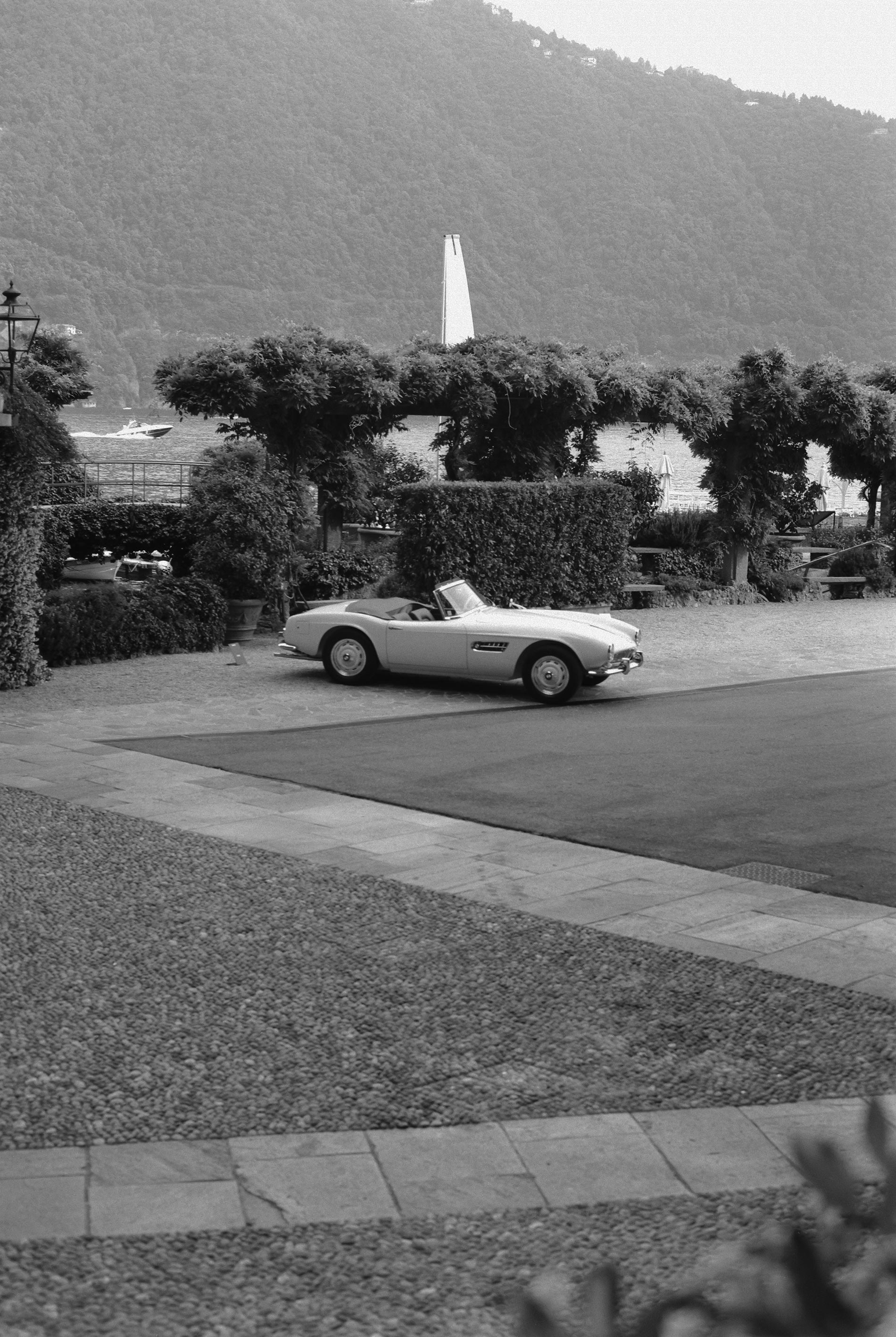 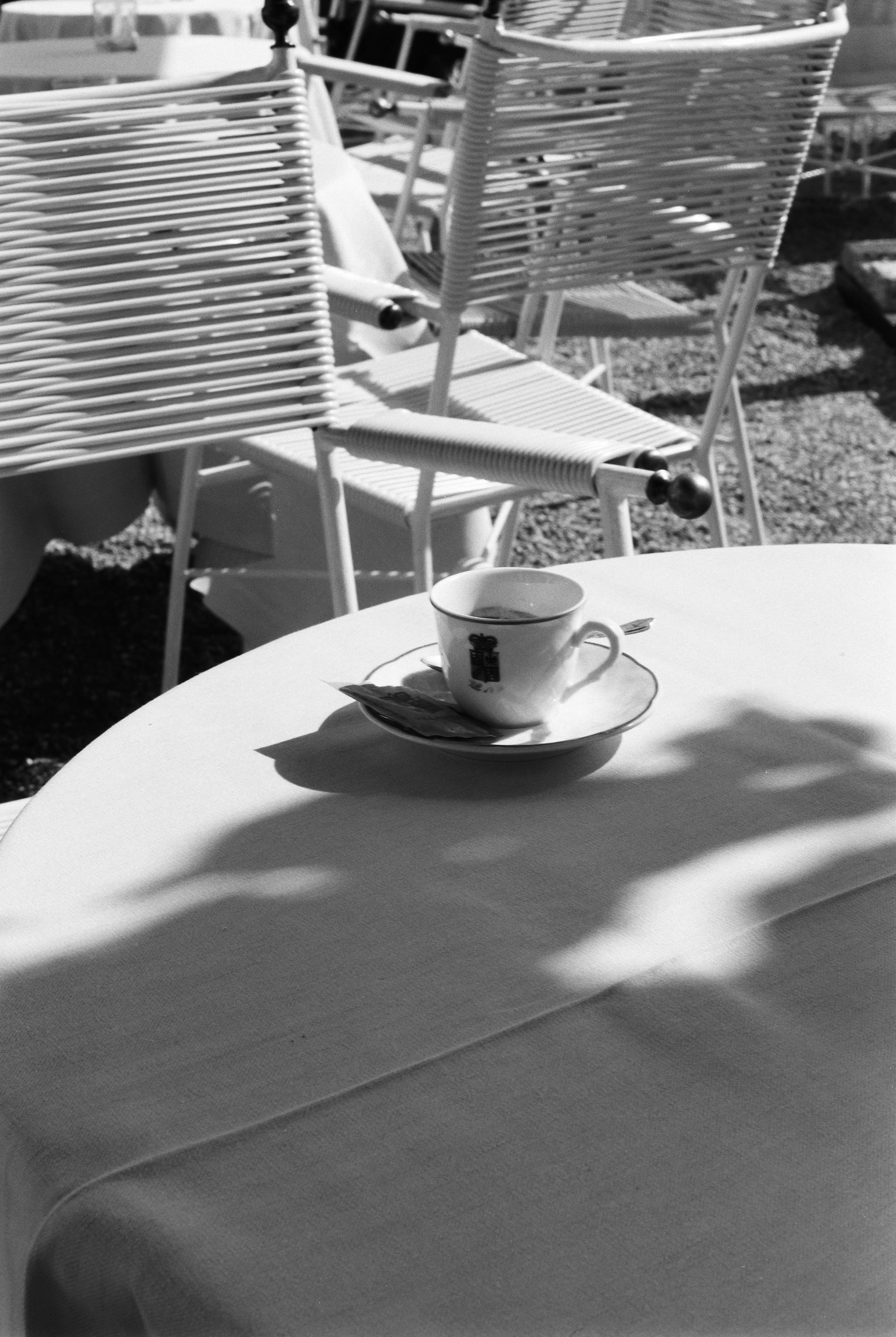 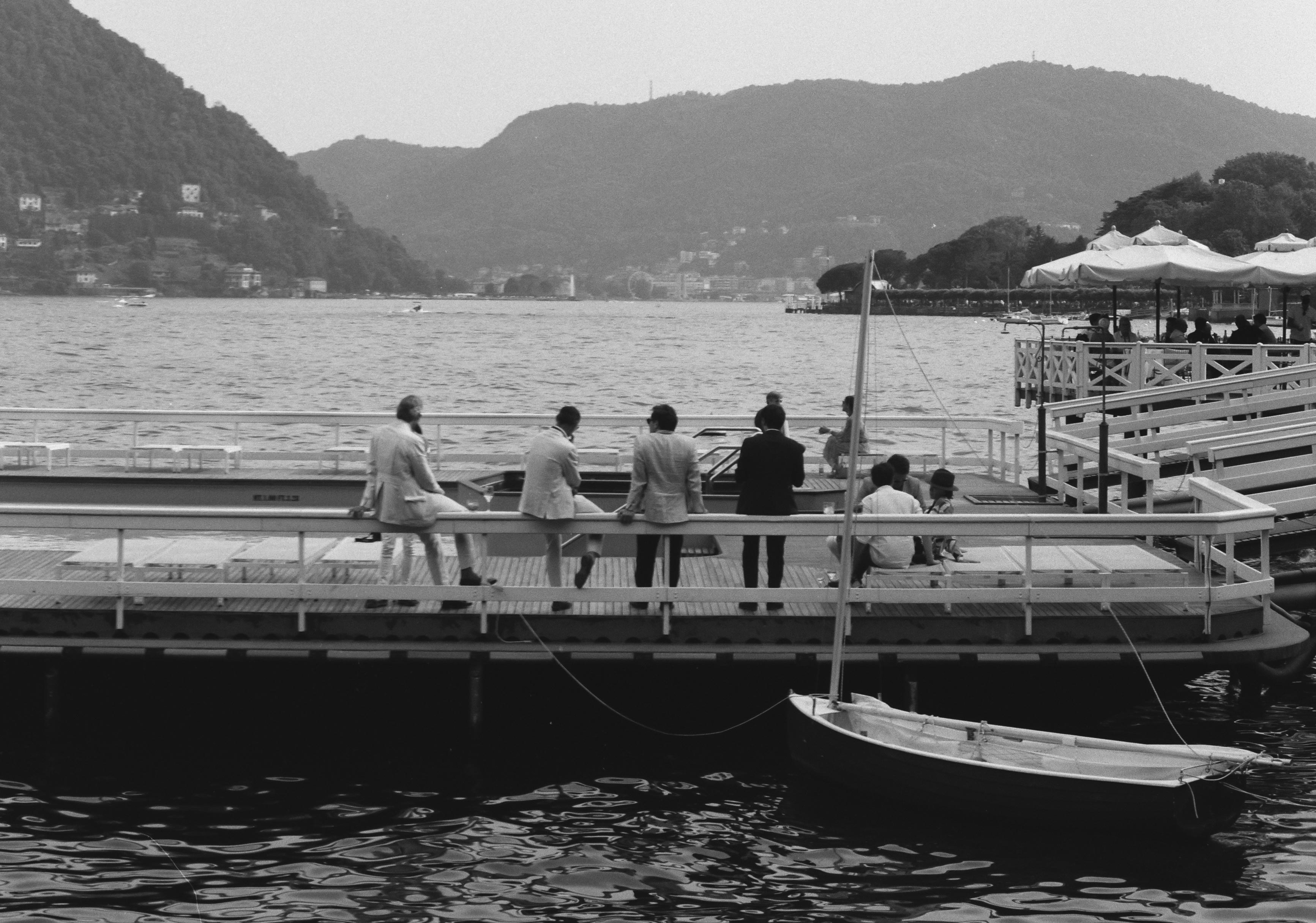