BUILT
IN THE USA

―A Study on the West Coast 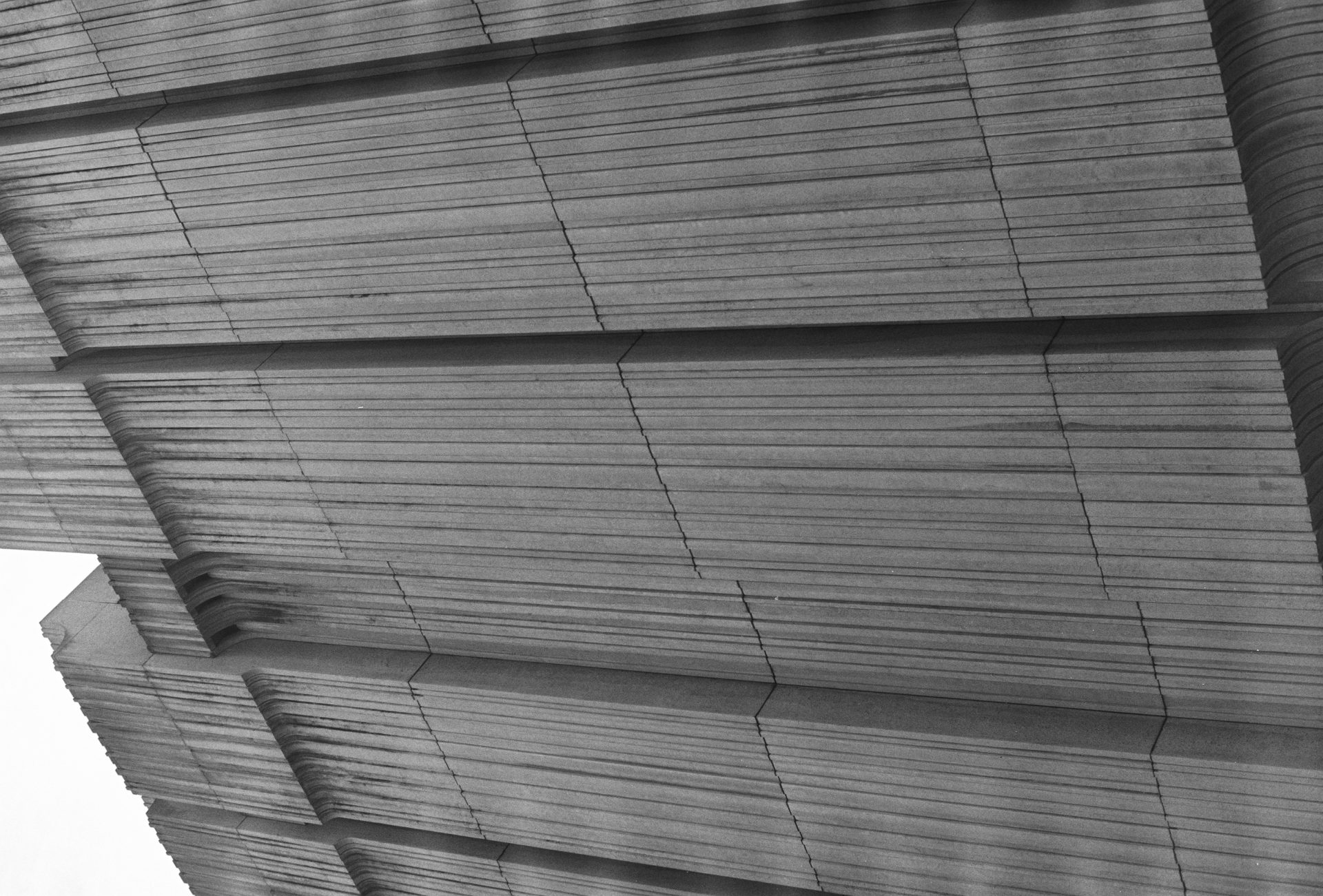 Already in my early youth, I became fascinated by American architecture. I remember an illustrated book about American cities in the 1970s and 1980s, which I once discovered at my grandmother’s house, probably owned by her husband who was an architect. It showed Californian metropolises such as Los Angeles, San Francisco and San Diego but also cities of the American West such as Phoenix and Las Vegas. To me, the photos showed a kind of typically American architecture. Or rather a look and feel that, in line with the aesthetics of the photos, has become the characteristic American cityscape for me. But what exactly does typical American architecture mean?
Architecture and urban design are, of course, very diverse in the United States. My focus here, however, is my personal sense of typically American – and this includes especially modern architecture, even more precisely the movements International Style and Brutalism.

The association with a typical American architecture is probably not so far-fetched. The development of the International Style began in Europe in the early 1920s and later spread throughout the world. Yet the term International Style dates back to the architect Philip C. Johnson and the architectural historian Henry-Russell Hitchcock to describe minimalist and functional architecture. The name was first used in 1932 in their publication THE INTERNATIONAL STYLE: ARCHITECTURE SINCE 1922, published to accompany the iconic MoMA exhibition Modern Architecture: International Exhibition.

Although its origins lie in Europe, the movement has developed in the USA into a style-forming aesthetic of large American metropolises. In the 1920s and 1930s, architects such as Ludwig Mies van der Rohe and Le Corbusier designed buildings that were simple and straightforward – completely without ornamentation and using completely new materials for the time. When the Second World War began in Europe, many of the architects fled to the United States. The clear forms and streamlined attributes of the International Style quickly became the dominant features of American skyscrapers of the 1950s and 1960s – most notably for corporate buildings. On the West Coast, especially San Francisco and Los Angeles offer various good examples of buildings of this kind. 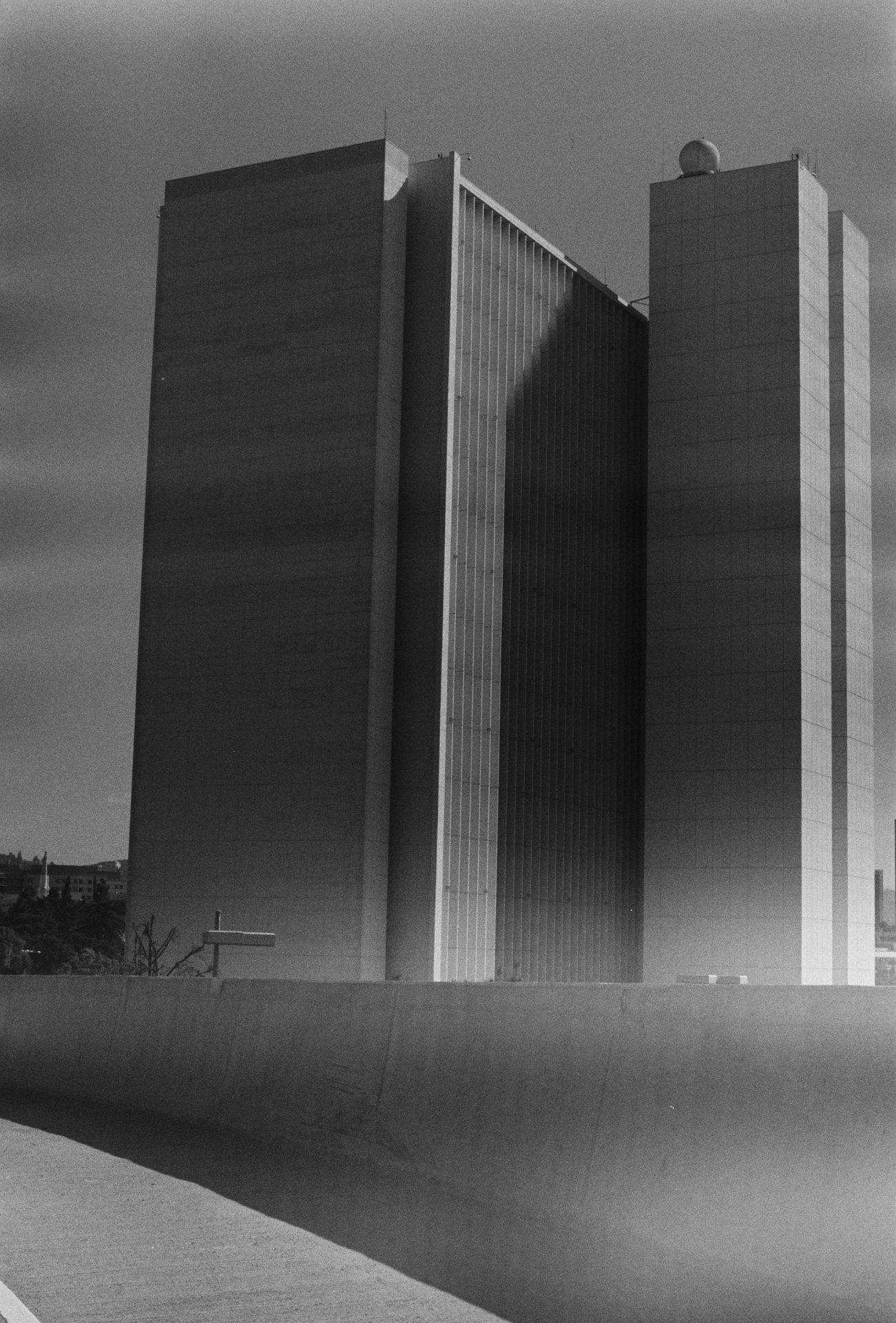 Shot on location
on the American West Coast

Béton brut which describes raw concrete, a material that was already used by Le Corbusier. Visually, brutalism is therefore characterized by the use of exposed concrete, a stylistic method for creating concrete constructions to support the simple geometric forms.

A little further north, in San Francisco, there are similar examples for this type of architecture. But here I am focusing on a slightly different direction or a movement in modern architecture and post-war modernism: Brutalist architecture or simply Brutalism. A style which I also connect very much with the United States and which I have come across repeatedly in various cities there. The origin of the term comes from the French Béton brut which describes raw concrete, a material that was already used by Le Corbusier.

Visually, brutalism is therefore characterized by the use of exposed concrete, a stylistic method for creating concrete constructions to support the simple geometric forms. Without decoration. Mostly without fine finishing. One of the best examples in San Francisco is the Cathedral of Saint Mary of the Assumption, designed by local architects in collaboration with the internationally renowned architects Pier Luigi Nervi and Pietro Belluschi in 1971. The design of the church is so impressive that the building has become a landmark in San Francisco. 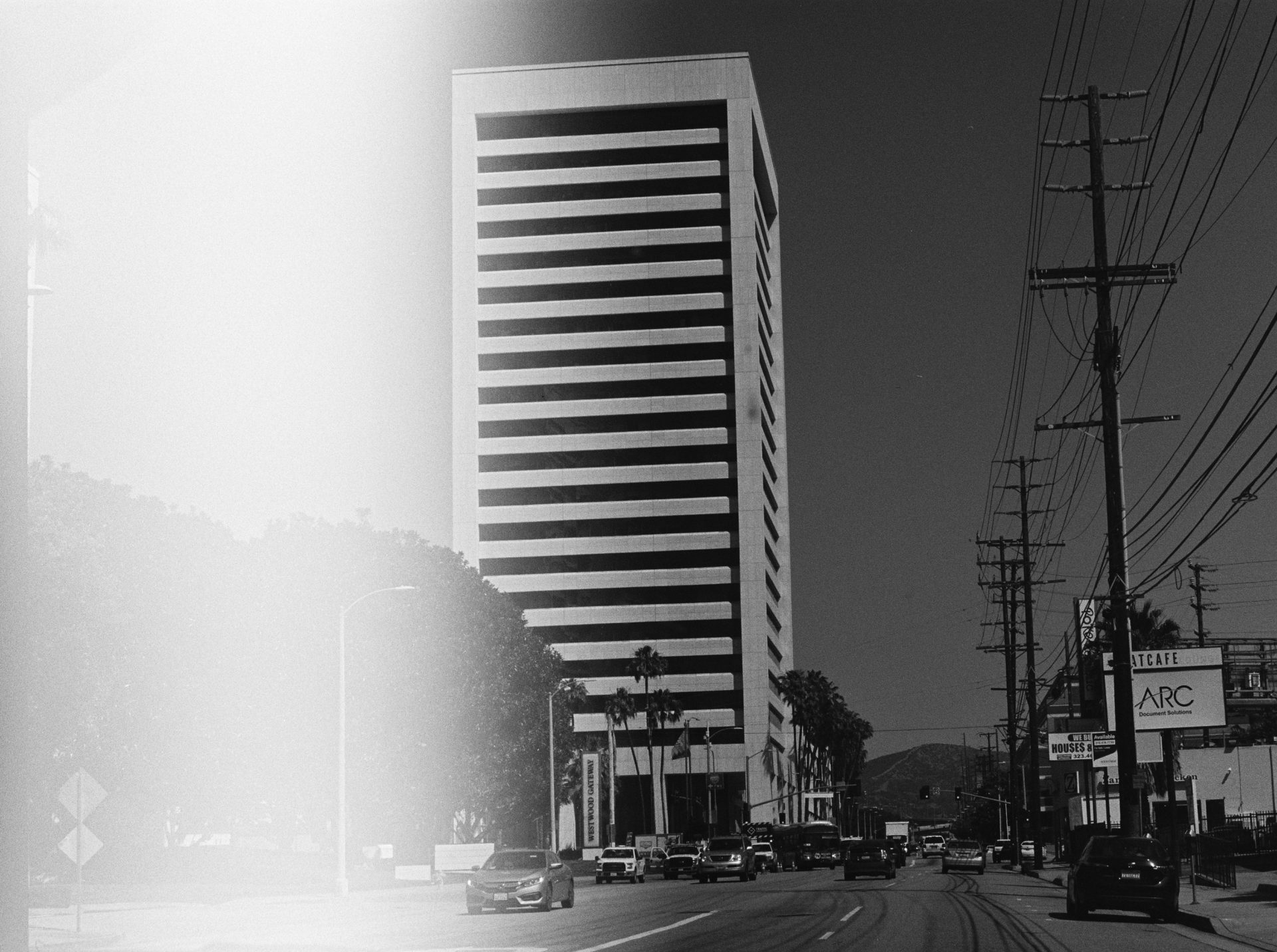 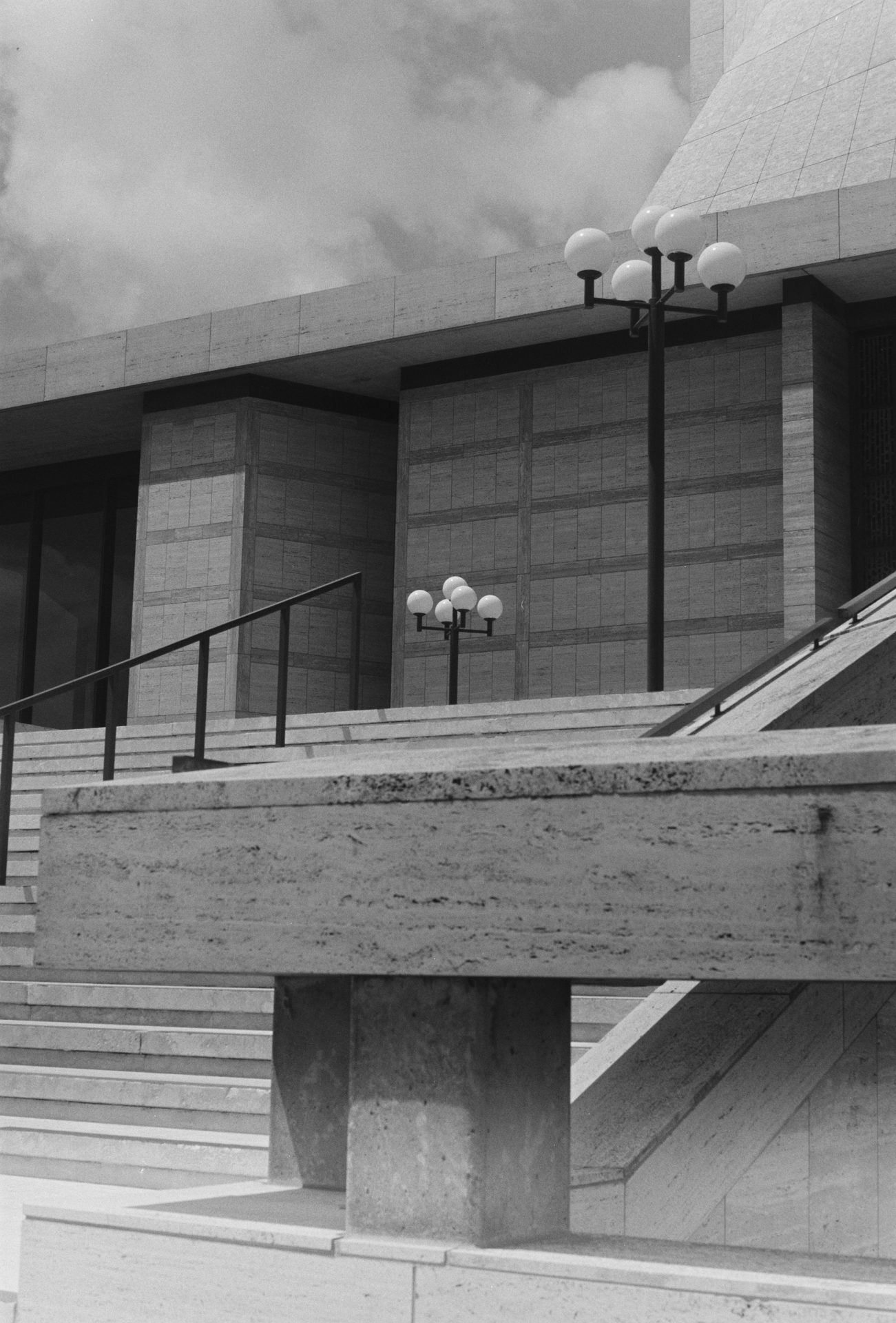 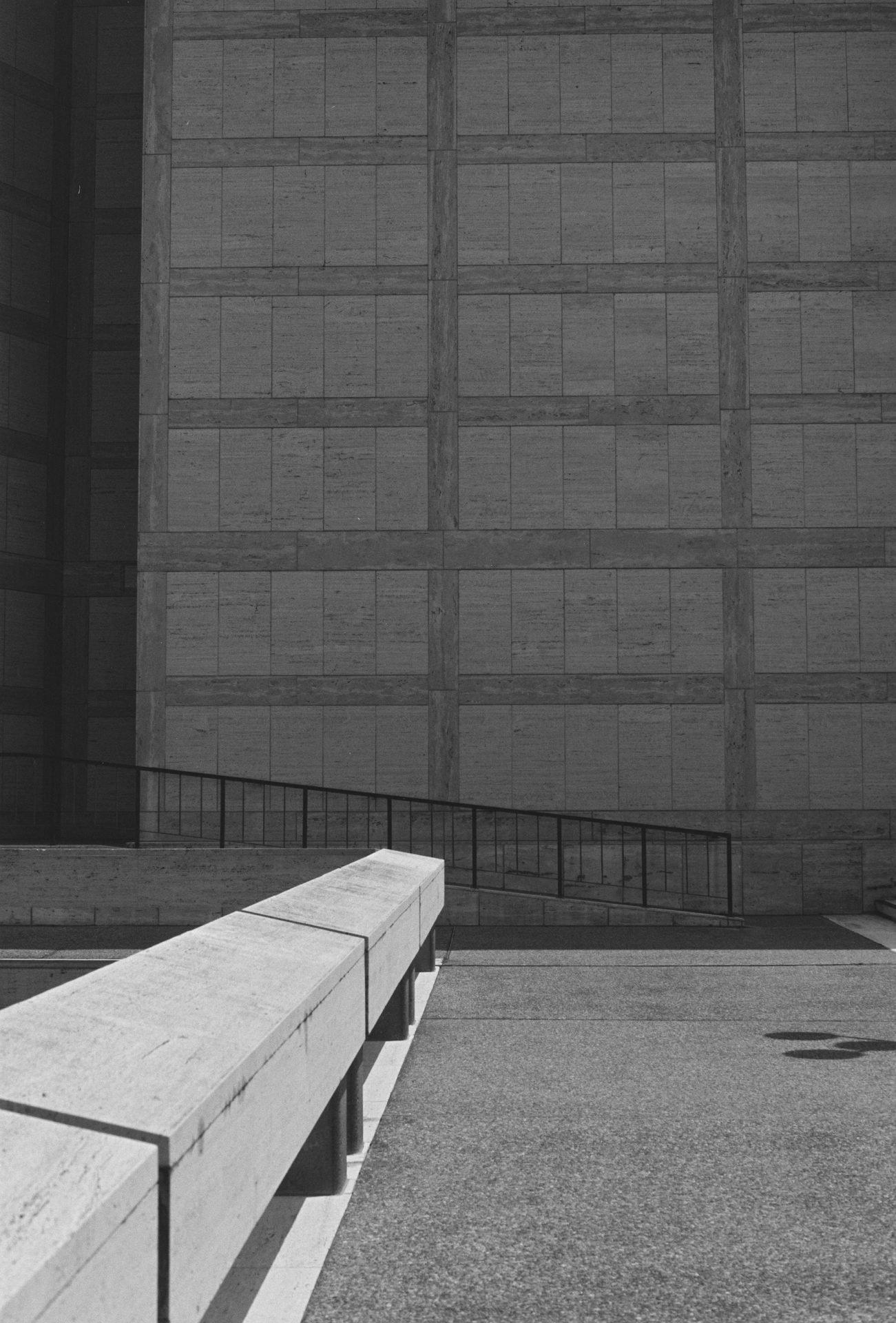 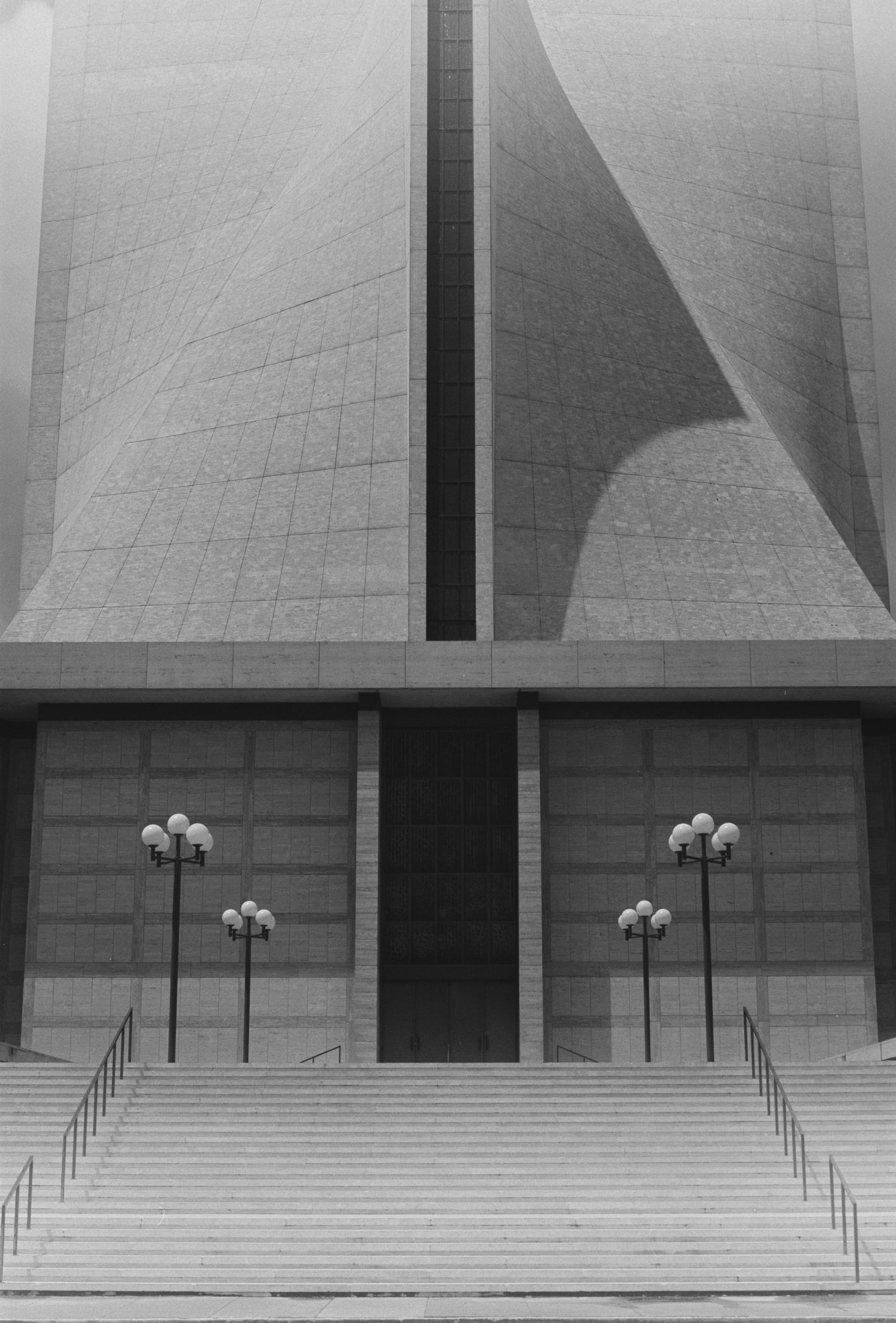 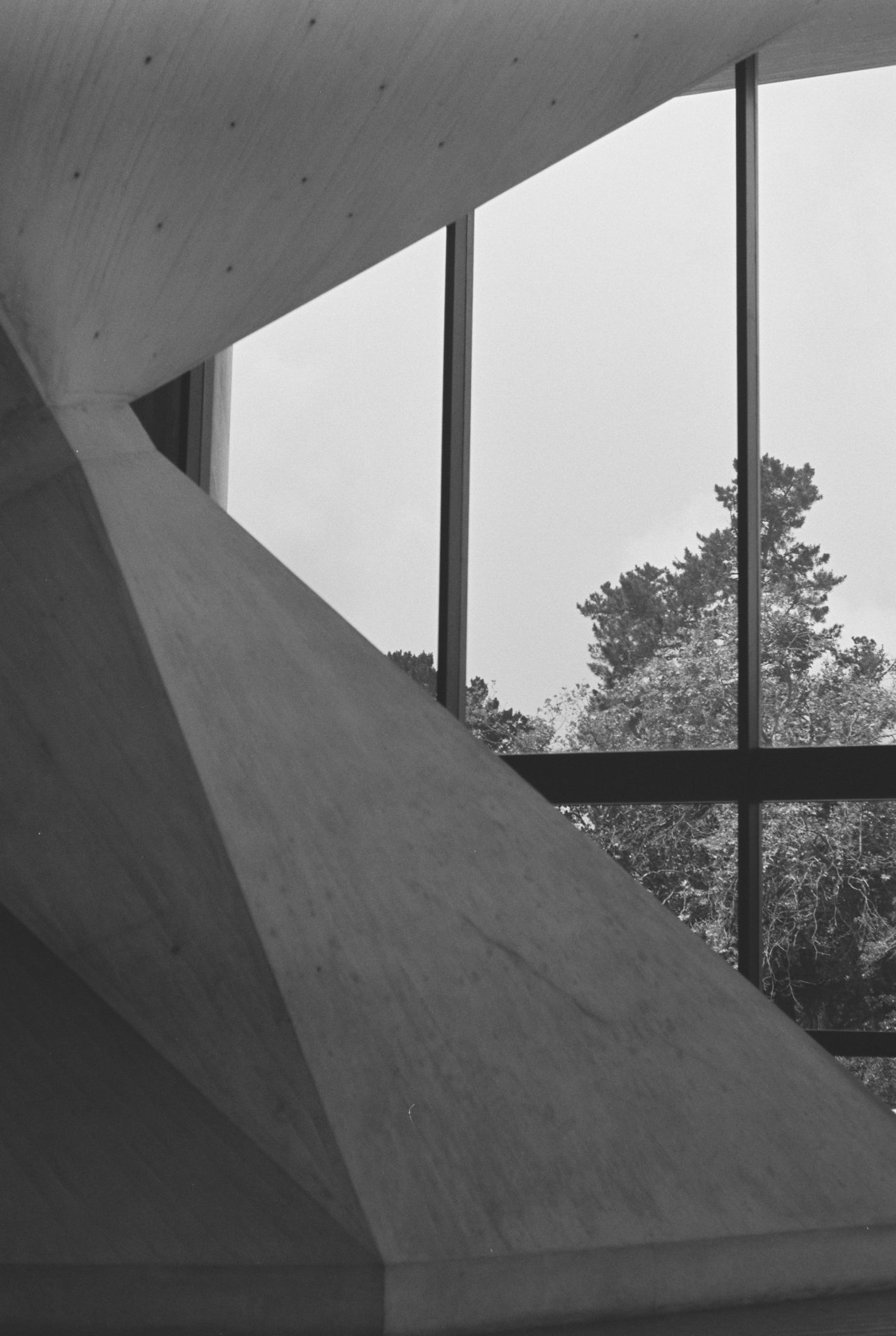 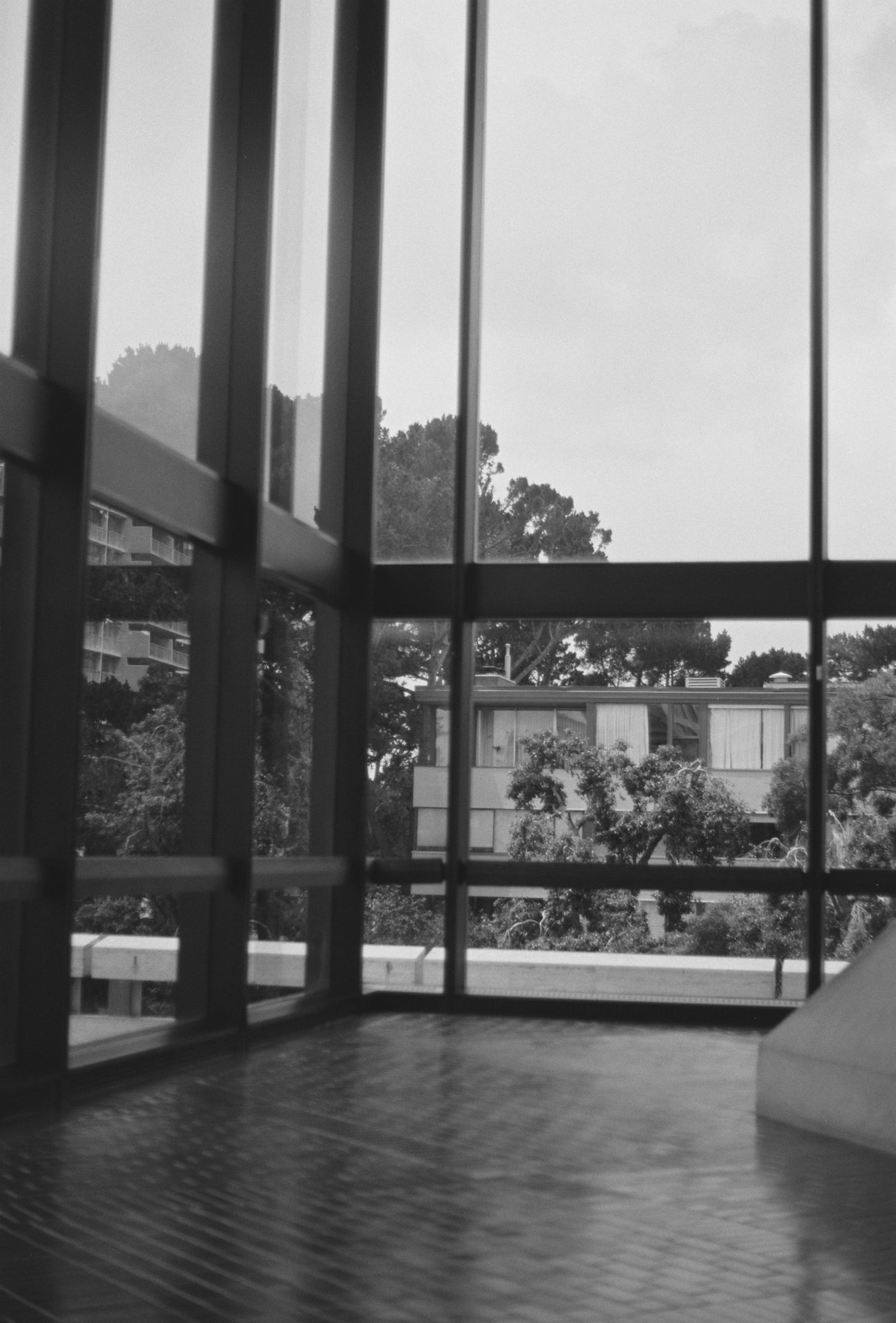 “[Richard Neutra] designs and supervises the building of the epochal Lovell “Health” House, a three-story steel, glass, and concrete residence, entered from the top and perched dramatically on a steep hillside site. It is the first documented steel-framed house in America and, after the more primitive Jardinette Apartments, the first mature example in the country of the International Style.”

ARTHUR DREXLER & THOMAS S. HINES in The architecture of Richard Neutra: From International Style to California Modern, published in 1984 at THE MUSEUM OF MODERN ART 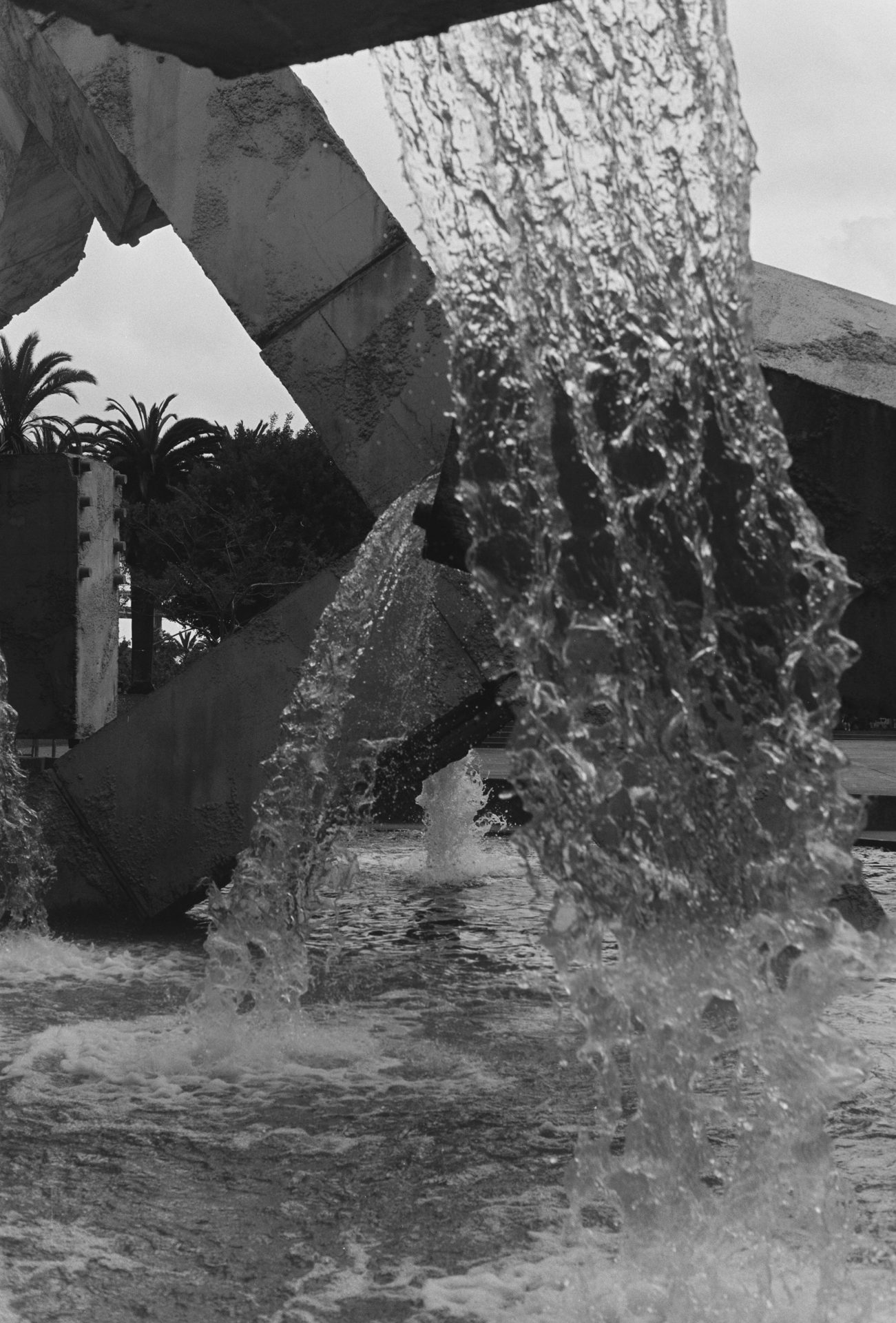 THE VAILLANCOURT FOUNTAIN FROM 1971 CANNOT, OF COURSE, BE CONSIDERED ENTIRELY TYPICAL AMERICAN, BUT IT DOES SHOW A COMPLETELY DIFFERENT APPROACH TO DESIGN AND THE USE OF FORMS IN MODERNISM IN THE UNITED STATES

Another ‘building’ is a structure that is a bit out of the ordinary, but it is worth mentioning here. It is a walk-in fountain in the financial district of San Francisco, designed and built by artist Armand Vaillancourt. The Vaillancourt Fountain from 1971 cannot, of course, be considered entirely typical American, but it does show a completely different approach to design and the use of forms in modernism in the United States. It is constructed out of precast concrete square tubes und placed into a pool-shaped pentagon. Quite style-forming for Brutalism, the object seems to be typically in an unfinished look, like concrete that has not been completely mixed. On closer look the surface is rather rough and uneven. But this is exactly what gives it that unique look, which awakens a certain feeling of simple American minimalism. 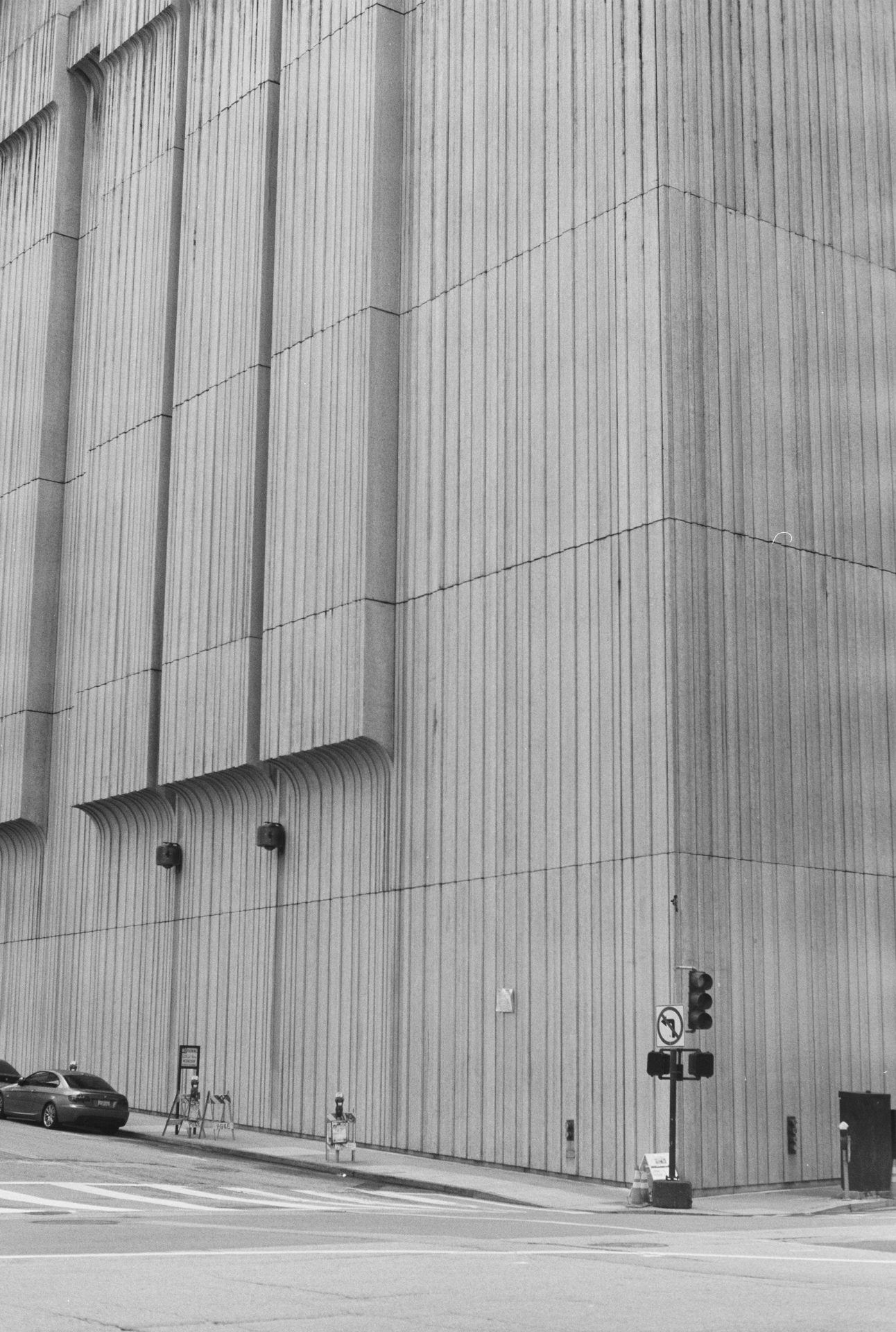 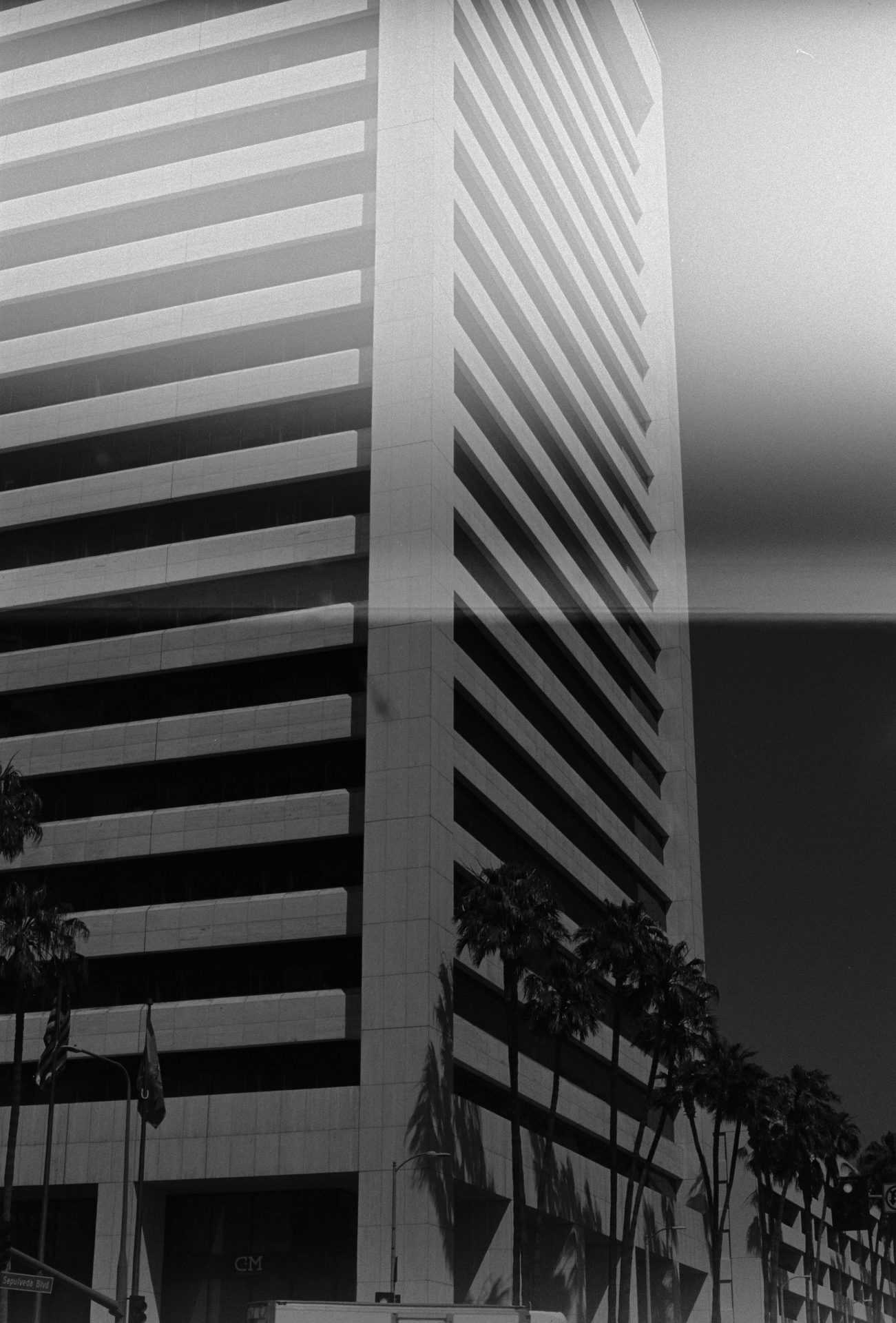 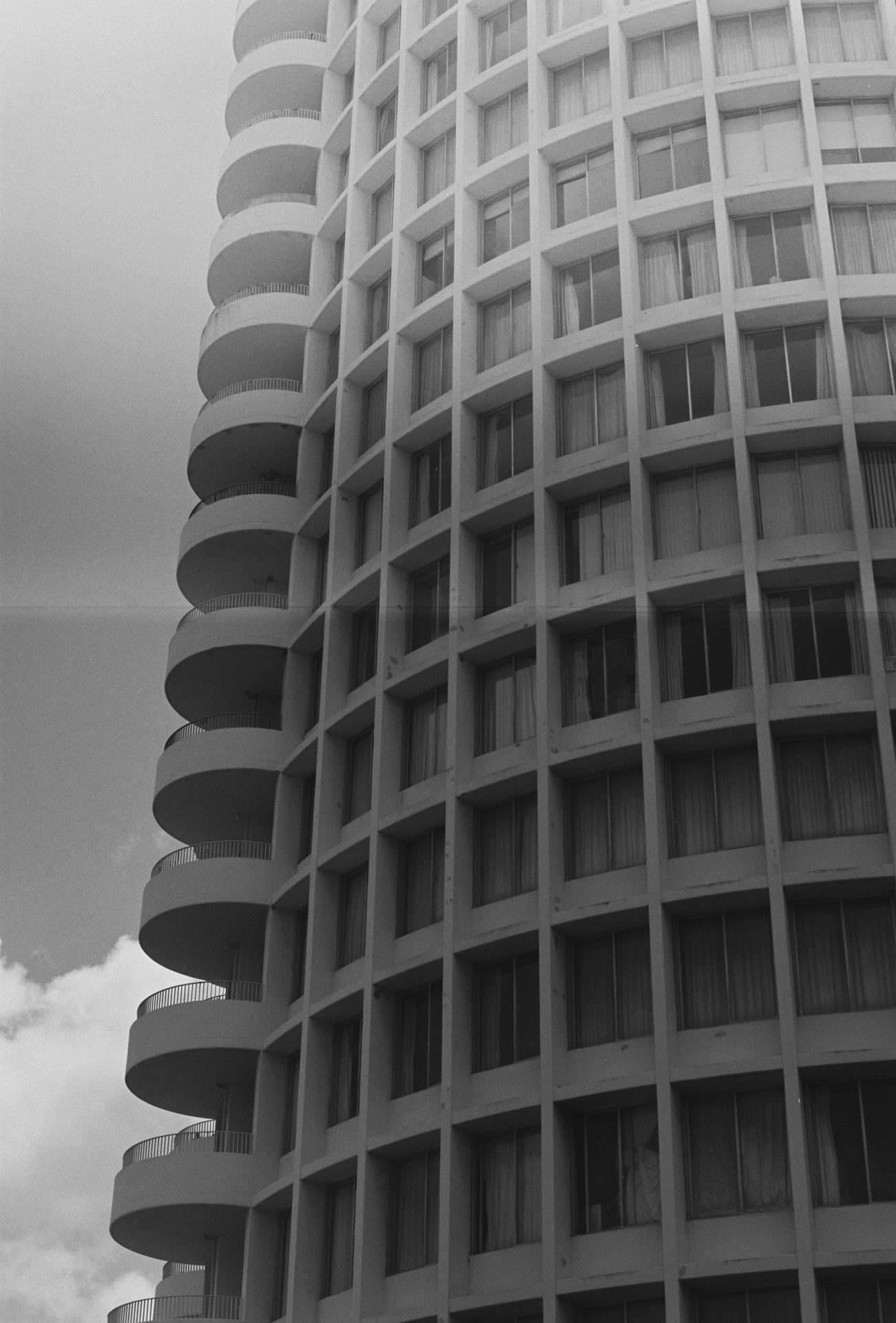 Frank Lloyd Wright is considered the most recognized example of American modernism. Among his best-known works are the Guggenheim Museum in New York and the Fallingwater House near Pittsburgh. He is also noted for his Prairie Houses, houses that integrate themselves organically into their surroundings by linking with nature and the human way of life.

The Italian architect Pietro Belluschi, who emigrated to the USA in 1923, studied at the University La Sapienza in Rome and completed his studies at Cornell University in Ithaca, New York. In the 1930s he implemented the philosophy and part of the formal language of Frank Lloyd Wright’s organic architecture in smaller private houses. After the Second World War, he built the first high-rise building with a curtain wall of glass and aluminum in the United States.

Pier Luigi Nervi is considered Italy’s most noted engineer of the 20th century. He attended the engineering school in Bologna and founded his own office in 1923, where he worked as an architect as well as an engineer. In most of his buildings Nervi uses geometry – which is often characterized by a spatial structure of concrete ribs with concrete surfaces laid on top.

Today, Skidmore, Owings and Merrill (SOM) is one of the largest architectural studios in the world with international branches. It was founded in Chicago in 1936 and became particularly well known for buildings of the classic post-war modernism. With their glass and steel skyscrapers they created a functional office architecture of the 1950s and 1960s which became a model of the International Style.

The Chinese born architect Gin D. Wong studied at the University of Southern California and worked in the architectural office Pereira & Luckman Associates. During this time, he was responsible for the design of Los Angeles International Airport for many years which was completed in 1957. Other well-known projects were CBS Television City (1953) and the Union Oil Center (1957), both in Los Angeles. 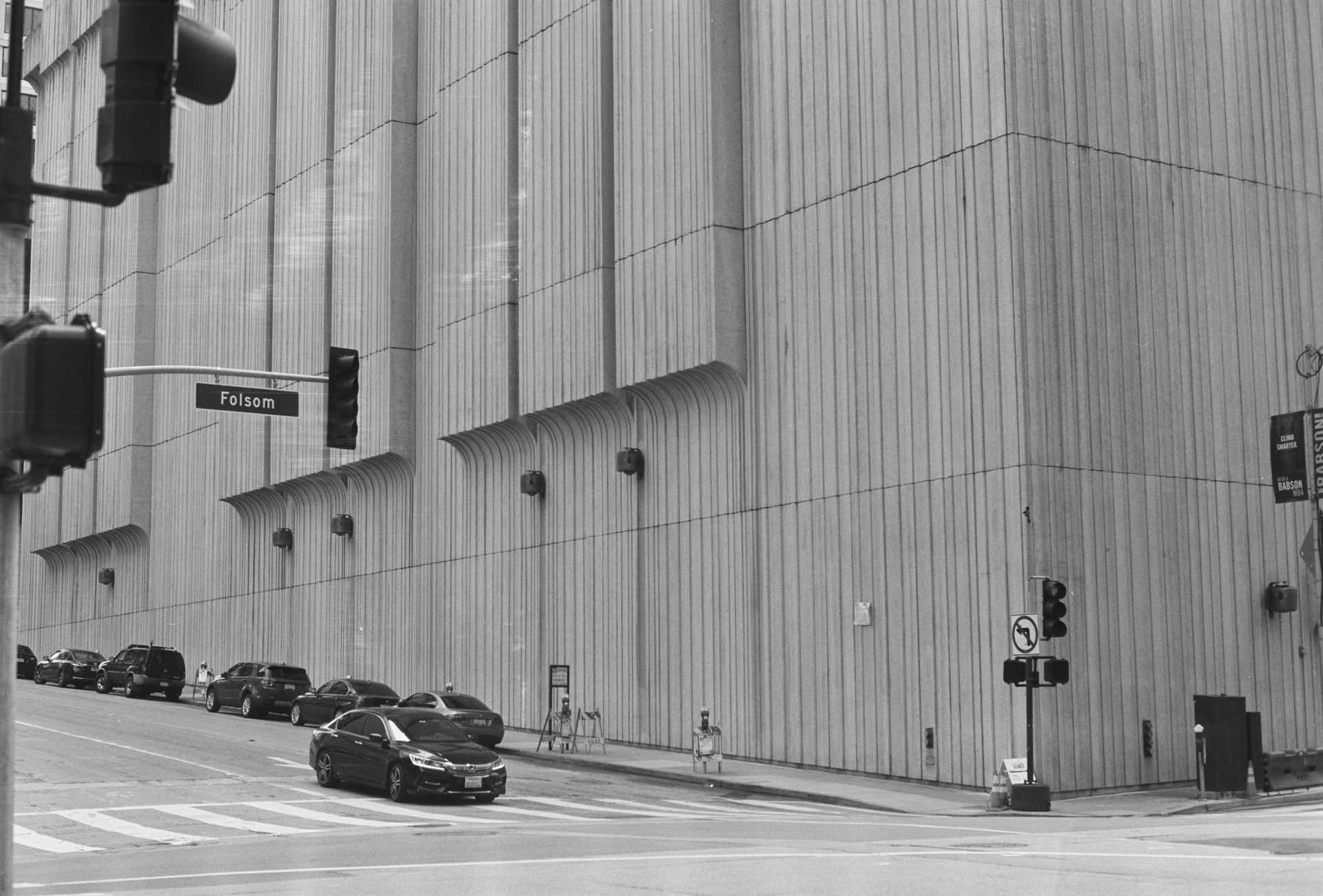